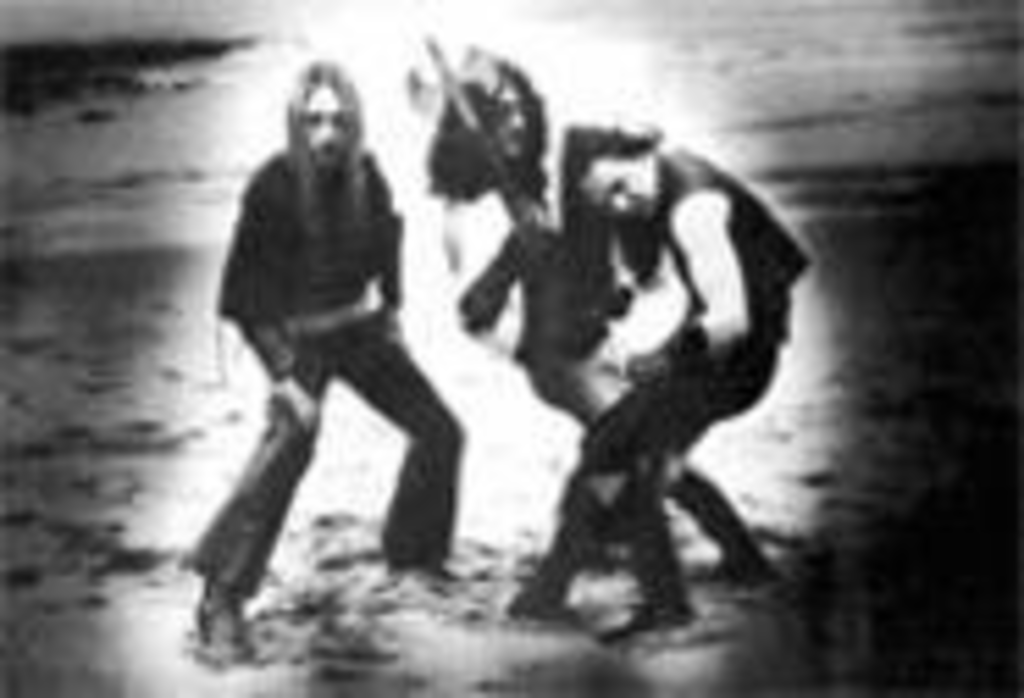 The late-’70s-born British trio Venom coined the term “black metal” and set the standard for every speed-shredding, pentagram-emblazoned act to come. The recently released boxed set MMV, packed with preposterous material, suggests that Venom also established the template for Spinal Tap. Here are the hilarious highlights.

Terry, have you seen my pentagram codpiece?

Venom started the use of mythical names, with its members selecting the aliases Cronos, Abaddon and Mantas. “It would have been daft to be singing about demons and then say, ‘Hello, Jeff,'” Cronos says in the liner notes. The band booted original singer Clive Archer after he selected the less-than-sinister stage name Christ.

Venom refused to play at any venue that couldn’t accommodate an elaborate pyrotechnic show. As a result, it played its first big-time gig four years into its career, at London’s legendary Hammersmith Odeon. The satanic group did play an earlier explosion-free show at the only space that would host it; a ticket pictured in the liner notes reads: Methodist Church Presents Venom.

In a 1983 radio interview included on MMV, Cronos answers a question about metal’s damaging influence by asking, “What’s more corruptive than Boy George?” It seems the original black-metal band wasn’t big on men wearing makeup. The group also spends a full minute detailing how it has progressed on every album “except for the first one, which wasn’t a progression at all because it was the first.”

Venom blazed trails in the field of “evil” publicity photos, but one shoot with a king cobra went awry. The serpent escaped, slithering across the studio and scattering band members before it became tangled in camera cables.

These go to eleven

Cronos’ stage banter has a shelf life that rivals “Hello, Cleveland!” The Beastie Boys sampled his “You’re wild, man, wild!” on Check Your Head, and the Web site for New Jersey’s WFMU (www.wfmu.org) offers as a download an all-banter, no-music recording of the 1985 Venom gig (alongside Black Flag in New Jersey) at which that outburst — along with “You’re fuckin’ pretty loud, New Jersey!” — originated.