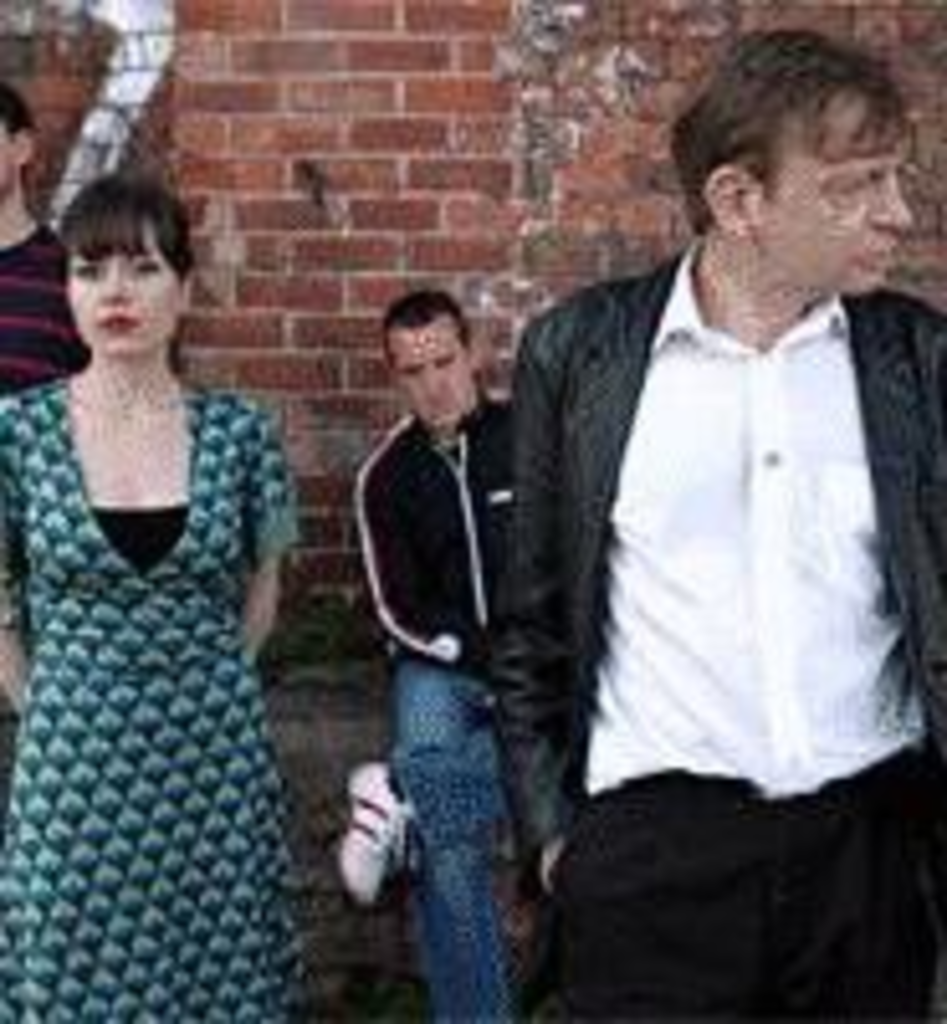 When he was 30, Mark E. Smith, iconoclastic frontman for the Fall, wrote “Living Too Late,” an odd reflection on mortality in which he sang of crow’s feet ingrained on his face. Now almost 50, one of rock’s most original and recognizable voices sees no reason to reflect or dwell on melancholy.

“I haven’t thought about mellowing out,” Smith says from London a few days before starting an American tour that brings the Fall to Kansas City on Saturday. “Why should I?”

Speaking to Smith is a lot like listening to him sing. In his thick Manchester accent, he slurs and curses, answers one question with another, refuses to repeat unintelligible remarks and hides behind the dialect that often resembles Dylan on the worst whiskey bender imaginable. He’s beyond petulant. But Smith often is also funny as hell, brutally honest and accurate.

“These bands like Bloc Party and Franz Ferdinand, where do they get off claiming the Fall as an influence?” Smith says. “I wish I could afford a lawyer.” Smith’s right, of course: Along with Gang of Four, the Fall has been name-checked by bands whose members couldn’t possibly recall the early ’80s. Even such icons of American alternative rock as Henry Rollins and Sonic Youth have often praised the Fall as a forebear of their music. Some artists might be content with such praise, but not Smith.

“I mean, I wouldn’t even shake hands with Sonic Youth, you know,” Smith says. “And Henry Rollins is a bit of a lunatic. He gets up and gives a fucking lecture about how he wishes he was me.”

Despite Smith’s vitriol, there’s actually little bitterness in his responses. He has fronted some form of the Fall for 30 years, creating a massive catalog of confrontational, original music. Secure with his legacy as the ultimate outsider, Smith speaks with a confidence easily mistaken for arrogance. He questions every assumption about his music and about himself while remaining unafraid to offend.

“I like this new band,” Smith says about the quartet backing him for this tour and on Fall Heads Roll, the impressive new Fall effort. “They’re a lot younger, so I have to kick their asses.” Judging by the new tracks, Smith’s favored mode of encouragement has proven quite successful. Cuts such as “Pacifying Joint” and “Assume” are intense mixtures of postpunk raggedness and Smith’s literate caterwauling. His infamous talk-singing hasn’t been matched by music this engaging since mid-’80s releases The Wonderful and Frightening World of The Fall and This Nation’s Saving Grace.

The current Fall features Smith’s third wife, Elena, on keyboards. His previous two wives appeared in earlier Fall incarnations, usually to the music’s benefit, though Smith doesn’t think it a big deal: “My wife’s in the band because she’s a good keyboard player. I don’t care if it’s my fucking wife or brother.”

About the only soft spot Smith betrays is for legendary DJ John Peel, one of the Fall’s greatest fans and supporters, who died in 2004.

“It’s just not sinking in,” Smith says. “It’s ironic that we weren’t even invited to the tribute for him. They invited all these bands, the Cure and INXS, folks he fucking hated. Luckily, we were in the States.”

Last year’s six-CD The Complete Peel Sessions presented as complete a picture of the Fall’s erratic genius as anyone could hope for. It also brought the number of Fall releases to around 80, recordings that have employed a revolving cast of musicians numbering in the fifties.

In Mark E. Smith’s world, the truth is often subjective. He sees ineptitude in labels, promoters and especially journalists, and he scorns any attempts to pigeonhole him or his band. “Postpunk?” he asks. “What does that mean? The Fall is the Fall, and I don’t know what any of that other shit means.”