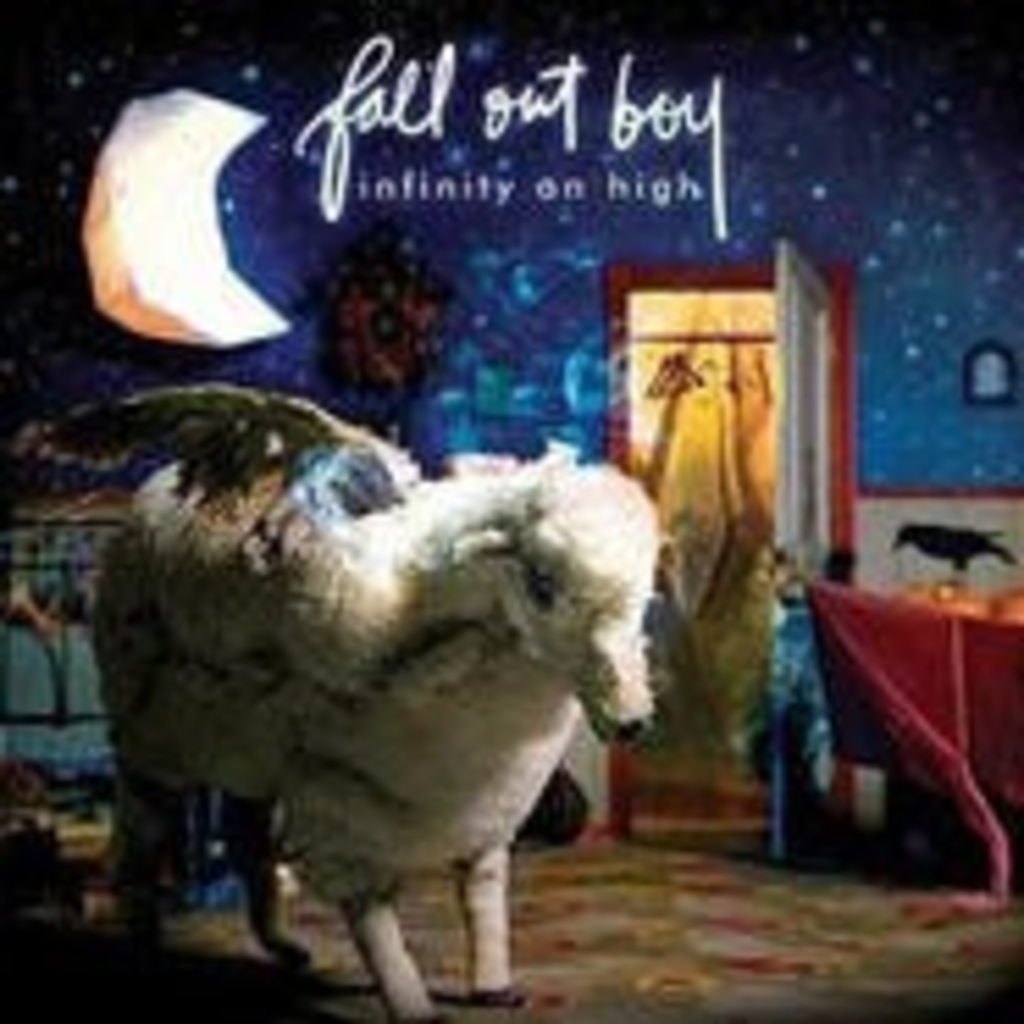 Although Fall Out Boy lyricist and dreamboat Pete Wentz is inveterately verbose, his words aren’t profound, and that’s a big reason for his band’s success. Plenty of emo acts have a limited audience because of all that freakin’ emotion. But instead of turning songs into platforms for pain, Wentz eschews angst in favor of knowing glibness that’s a lot more universal because it means very little. When such lines are wedded to the appealing melodies heard throughout Infinity, the results are simultaneously smart and superficial — the recipe for effective pop music. The disc makes its commercial intentions clear with the first song’s title (“Thriller”) and an intro by Jay-Z. But the fun really starts with “The Take Over, the Breaks Over,” in which singer Patrick Stump boosts a danceable groove with an unexpectedly credible touch of falsetto. Even the decision to interpolate some Leonard Cohen into “Hum Hallelujah” isn’t as pretentious as it sounds. After all, the Boys no doubt learned the tune from the Shrek soundtrack. How profound.