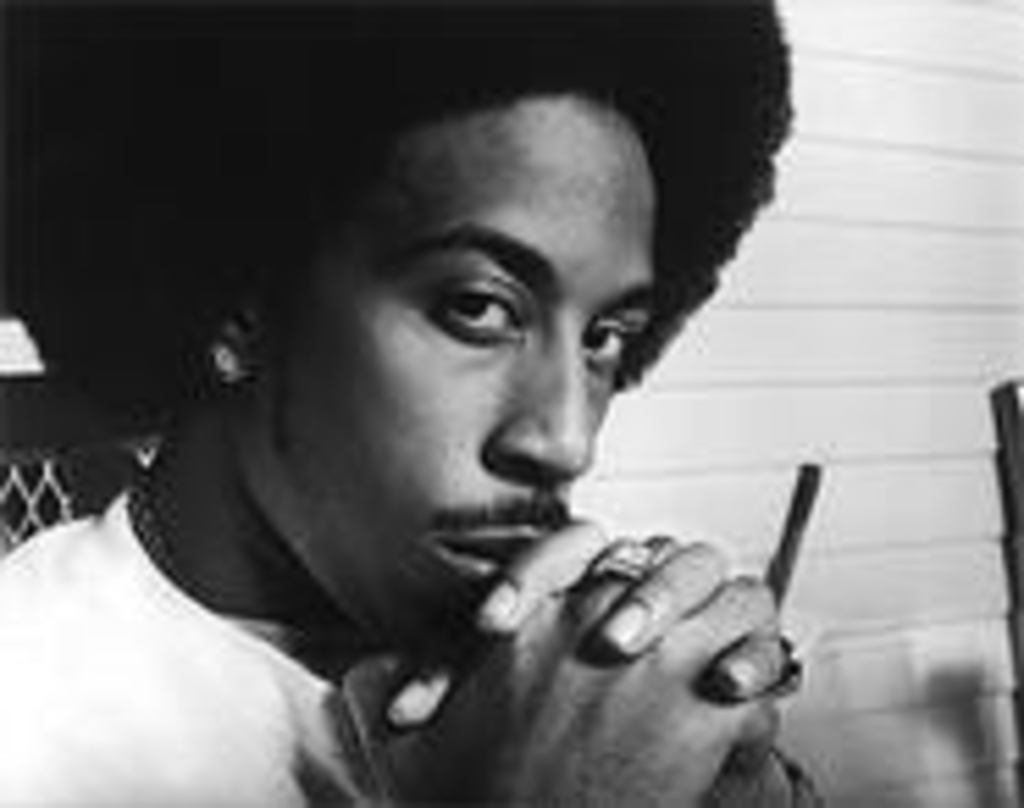 The Strip was troubled this month to hear about 5,000 more Sprint employees losing their jobs. Even though this newspaper has made the occasional critical comment about its hometown telecom company, this hardworkin’ hamburger would much rather see Sprint prospering than trying to save its hide.

Which is why the Strip was also disturbed to learn of a ridiculous-sounding management decision involving another lost job. This one wasn’t axed in a round of layoffs but in what sounds like a fit of honky hysteria.

The Strip first read about it in a column by Kansas City Star legal reporter Dan Margolies, who recapped how Elizabeth Henry, a one-time manager for Sprint, was suing her now-former employer. Henry argues that she was fired for booking hip-hop star Ludacris to perform at a company reward party in Las Vegas.

Eager to hear all the juicy details, this curious cutlet called Henry.

She first started working with Sprint as a temp in Chicago more than nine years ago, then earned at least five promotions as she made her way to Kansas City and a salary close to six figures. Last year, her bosses put her in charge of a reward program for the 27,000 people who answer phones at Sprint Nextel’s call centers — those thankless workers who have to listen to customers bitch all day about their crappy reception, among other things.

The reward package was supposed to be a big deal. The best workers would get a trip to Las Vegas that included a private concert.

Henry kept in mind that the majority of call-center employees are black and live in urban areas.

“There were a lot of people who had joked about a past contest because an event team had booked Bon Jovi,” Henry, 30, tells the Strip. “We had conference calls with the call centers to talk about what prizes they wanted and the private performance. Our feedback was that the call centers were very diverse, and we hadn’t really represented that.”

Henry’s team considered LL Cool J and Ludacris, who was trying to reinvent himself as more family-friendly and was available for the concert date this past October.

About six weeks after sealing the deal, Henry took some time off to visit Chicago. When she got back, she says, the office was buzzing about the upcoming performance. And her boss, Susan Hotzel, called her in for a talk.

“I told her he was going to do a PG-13 performance and that the agent had assured us that it would be clean,” Henry says. “The agent had actually come to us with the set and said they could cut it to 45 minutes to make sure the content was right. Then, after all this, and having talked to her [Hotzel] about this before he was booked, she said she hadn’t known we were booking him.”

Henry claims that this can’t be true. “Outside of her office was a big display about the reward package. Ludacris was named in it. We’d sent out e-mail clues about the performer, and everyone got it pretty quickly. Twenty-seven thousand people knew — how could she not know?”

After the talk, Henry says, she offered to change the performer — a tricky feat with only a couple of months left until the event. Not wanting to face a Sin City full of angry call-center employees, Henry says, all she asked was that she be allowed to book a minority entertainer.

“Susan basically said a minority performer would be too controversial,” Henry claims. “I told her I thought she had a problem with black people. How could you say he can’t perform for a corporate event? He’s a spokesperson for the company!”

Selling itself with hip-hop has worked well for Boost Mobile: It claims to be one of the fastest-growing wireless services in the country.

“It’s infuriating to me to say it’s OK to be afraid of the very same community we market to and actively endorse,” says Henry (who is white). “They simply said, ‘A black performer can’t possibly do this to corporate standards,’ and a whole company just kind of nodded that that was OK.”

A week after the meeting with Hotzel, Henry says, she was sequestered for a five-hour interrogation by two corporate-security workers who dressed like middle managers and talked like ex-cops. She says they told her that she didn’t have Hotzel’s permission to book Ludacris, questioned her about vendors, and accused her of using a company credit card to book hotels on her vacation time, she says.

She says one of them told her, “We’ve read your e-mails, you know. We can, and we have, and we will continue to do so.”

Henry says she never admitted to any wrongdoing.

A week later, she was fired for insubordination, with Hotzel claiming that Henry never had permission to book Ludacris.

“I was told that some guy in the office had gone up to Susan about the concert and said something like, ‘You must be into that whole black thing,'” Henry says. “I don’t know if that set it off or what it was.”

“We’re not in a position where we can discuss specific details, given that this is an ongoing lawsuit,” spokeswoman Sara Krueger wrote in an e-mail to the Strip. “However, the claims made by Ms. Henry’s lawyer are totally false. Ms. Henry was fired, in part, for committing a significant amount of money toward a corporate event without following the rules and without having the necessary authority.”

Krueger was eager to add one point: “Sprint’s diversity and inclusion efforts … continue to be a source of positive national recognition for the company. For example, Diversity Inc, a top resource for diversity news within corporate America, has awarded Sprint with a place in its coveted annual Top 50 Companies for Diversity for the past three years, and a spot in its Top Ten Companies for African-Americans in 2006. Our diversity and inclusion efforts are a source of great pride throughout Sprint, and we constantly strive to build upon our successes in this area.”

Henry is now working for a little more than a third of her old salary at Cerner Corp.

Her former co-workers at the call center lost the private concert.

Instead, they got tickets to a show by the Blue Man Group.

Which proves that Sprint has no problem with colored people.

— as told to Peter Rugg