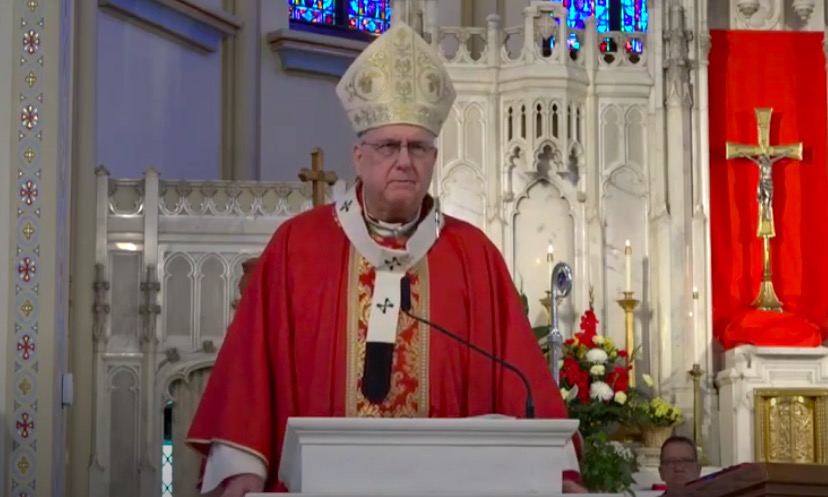 Faithful America, a faith-based social justice organization that opposes right-wing extremism, put out a statement in favor of vaccines. The March 5 ecumenical statement was signed by over 12,600 supporters to oppose anti-vaccine sentiment from televangelists, top Catholics, and other religious leaders.

Kansas City, Kansas Archbishop Joseph Naumann, who authored the bishop’s conference statement on the issue, is included in those reprimanded by the statement. In another campaign, Faithful America and Faith in Public Life jointly called for the U.S. Conference of Catholic Bishops to replace Naumann as the chair of the USCCB pro-life committee due to his anti-Biden and anti-vaccine rhetoric.

“Nationally, the bishops’ conference can’t seem to get its message straight, vacillating between telling Catholics to reject Johnson & Johnson if they have a choice in vaccines and acknowledging that most Americans don’t have that choice,” Faithful America’s introduction to the statement read. “It’s a whiplash that top Catholic ethicists say only spreads confusion and risks lives.”

The organization and signers of the petition support pro-vaccine religious leaders—like Pope Francis and Catholic bishops John Stowe, Robert McElroy, and Leonard Blair—and those who developed and support the vaccine.

Most religious leaders are opposing the Johnson & Johnson vaccine specifically, which was developed with PER.C6, a fetal cell line that comes from an 18 week-old fetus aborted in 1985. The Pfizer and Moderna vaccines also use human fetal cells in their development, but only during testing of the vaccine’s efficacy. That’s a crucial detail that makes those vaccines acceptable, according to the U.S. bishops.

“It is a safe vaccine,” Rev. Kirtley Yearwood, the hospital’s chief mission officer, said to NPR. “It has a wonderful record as far as being able to prevent serious illness and hospitalization. Those are very remote cell lines. It’s not a primary concern when you have the greater issue of saving lives.”

Faithful America shares Yearwood’s opinion on the vaccine and is encouraging others to do the same.

“As Christians striving to love our neighbors and follow a healer, our faith teaches us to do justice and uphold the common good,” the statement reads. “Driven by the love and message of Jesus Christ, we each pledge to get vaccinated as soon as we can, and urge our neighbors to do the same.”

This statement is a staunch condemnation by many Americans of religious leaders who are opposing a life-saving vaccine and fostering general anti-vaccine sentiment.

“As a practicing Catholic, I am appalled by the actions of some of our bishops, whose fanaticism endangers lives,” A signer, Karen, from Detroit, Michigan, said. “Thank God for leaders like Pope Francis, Bishop Stowe, and Bishop McElroy who are leading the way by encouraging vaccination. Right-wing bishops are destroying the credibility of the USCCB.”

The statement’s goal at this point is 15,000 signers, though they hope to exceed that.