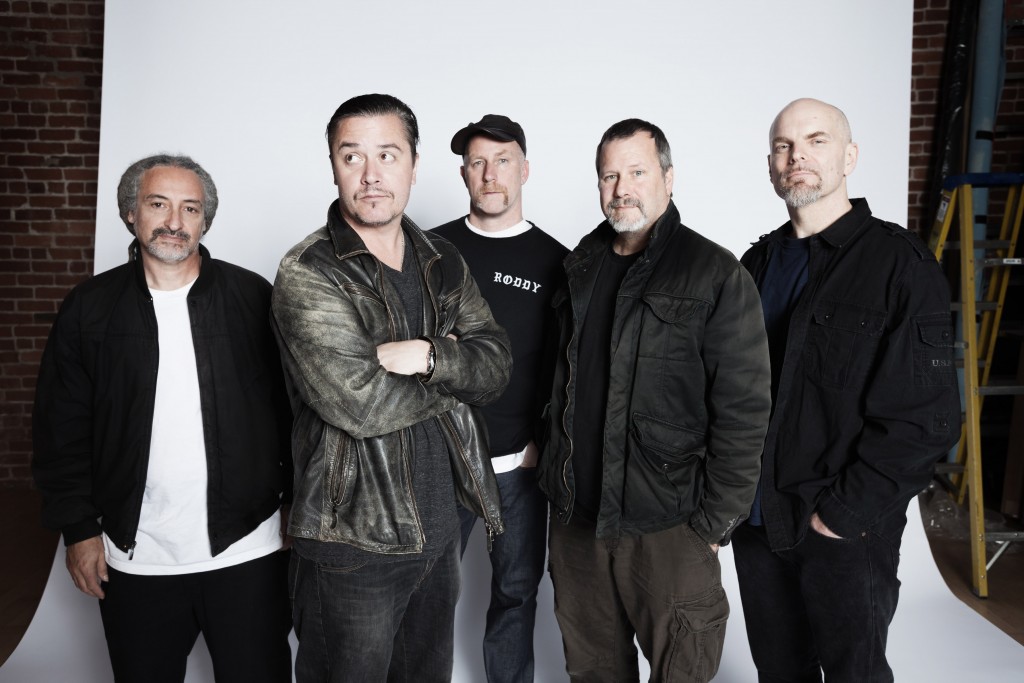 Faith No More in 2014. // Photo by Dustin Rabin Photography

In addition to his work as a founding member and bass player for the iconic rock band Faith No More, Billy Gould has another side to him. The musician recently launched a spirits brand, Yebiga. He’s importing authentic Serbian rakija, a plum-based liquor similar to slivovitz.

The drink is something he fell in love with while spending time in the country on tour over the years, and it’s easy to see why. The 80-proof liquor smells richly of plums the instant you pull out the cork and tastes of them as well, with a pleasant afterburn that leaves you smacking your lips. It’s just strong enough to make you wonder whether a second pour is a good idea but tasty enough to decide yes.

I spoke with Gould by phone ahead of what was supposed to Faith No More’s first tour in years, which was canceled so that frontman Mike Patton could concentrate on his mental health—but our conversation about his love of rakija is worth sharing.

The Pitch: My day job is as a manager at a liquor store, but I seem to have recently started to combine those two careers into one thing where I’m writing about musicians and their booze. We were talking at the liquor store the other day about how it used to be that if there was a musician shilling liquor or beer, it used to be pretty terrible, but now it’s like nobody wants to screw with their reputation, so it all seems to be quality. How did you get into rakija, yourself?

Billy Gould: Just to go back with what you were saying, I actually don’t like the idea of musicians shilling spirits, either. It’s something that I really didn’t want to do. What got me into it was the fact that I’ve been going to the Balkans probably since the early ’90s. We started by touring with Faith No More, but I’ve been there a lot on my own.

It’s this iconic spirit, right? Like, 60 million people drink it. It’s like soccer is to Brazil and nobody knows what it is here. Nobody knows what it is. I know people in the spirits industry who know everything about tequila, for example, or whiskey. You’ve got your experts that I’d hang around and, you know, try to learn stuff from, but nobody knows what rakija is. It just came to a point where, two years ago, I was like, “Something’s gotta be done, because this is ridiculous.”

What attracted you to the Balkans?

Well, we played in East Germany in Berlin the night the wall came down, as Faith No More. We used to drive through East Germany to get to Berlin. There was this corridor you’d go through and—just growing up as an American—you always kind of wonder what’s on the other side of the wall, right? That part of Europe opened up really early on and Faith No More did a bunch of early shows, right when the government transition was happening, and it was a fascinating place. There was so much to learn. When you talk about Serbian culture, it’s something that really had never made its way here and it’s a fascinating, fascinating history. The food is amazing. The people? I really love their disposition and it’s just a place I like to keep coming back to.

Now you get to bring some of that back here to the United States. What really made you attracted to rakija? I’ve had like slivovitz and things like that, but what makes rakija–specifically, the authentic Serbian version that you’re bringing back–what grabbed you the first time you tried it?

A couple of things. I mean, really it’s rakija especially in the Balkan areas, in Croatia, Slovenia, Serbia, Bosnia, Montenegro, and even Bulgaria. It’s a personal thing, because we played with Guns N’ Roses in Budapest in 1992. Everybody from that general region would drive to that show, because it’s the only big show that’s going to happen around there. So Serbians came on a bus, Croatians came, people came from all over the place and backstage, these kids would like, “Have you ever had rakija? We brought you some my father made!” In Serbia, for example, everybody’s family makes rakija and everybody’s family’s rakija is the best rakija yet. It’s a really personal thing.

Back then—you’re talking about the ’90s, you know?–there wasn’t a lot of money in that part of the world, so bringing their father’s stash of rakija is a really personal gift and really endearing. I was introduced to this taste and the culture of the spirit along with the spirit itself and, really, I attached to that and I saw how it really does connect to people. 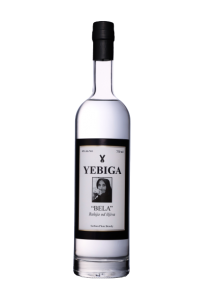 Starting up this company, have you gotten to like explore parts of Serbia that you didn’t get to go to while you were touring?

Oh, absolutely. I mean, if you play in Serbia, you’re going to play Belgrade, maybe Novi Sad, and I mean, I toured with a lot of small punk bands too, so I stayed at people’s houses and did the whole van tour and all that stuff, so I kind of got into it that way. You know, one other interesting aspect about this: this is technically a slivovitz because it’s made from plums and the word ‘slivovitz’ means plump in that language, but rakija is something a little more than that, because while they make slivovitz all over Poland, Czech Republic, Slovakia, there’s something about the, the plums themselves that come from that part of Serbia.

The reason I’m going to give you this main point is one thing that really got me into it too, is by spending so much time out there is getting to know people out here who come from that, where I had a little more in common with them. Like, there’s a guy from Serbia, who’s in town here and they get to know, I could talk to them about parts of Serbia Getting rakija out here, if you live in the United States, it’s really just the homemade kind. It was pretty much impossible. The only way you could get it is if somebody is coming from the Balkans. It’s the old Balkan underground—put a bottle of grandpa’s stuff in your suitcase. If I was going to Balkans, I would just stuff my suitcase full of rakija, because I didn’t know when I was going to go back there again.

I met a guy who would come back from the Balkans and he met me in a bar near my street to do a handoff, because he had a bottle for me and it broke all over the ground. It slipped out of my hands and I mean, I can’t tell you what a tragic moment that was. So, that’s the kind of thing: it’s like, “You know, it’d be a service, in a way, to bring the real shit here.” You know, find a real version of it, not this industrially-produced stuff, but a real one like you’d have in a family, and try to bring it here for people who live here, and who miss home, because this—when you taste this stuff—it’s like, this is the taste of Serbia. I mean, it really is.

More information about Yebiga and where to buy it can be found at the company’s website.