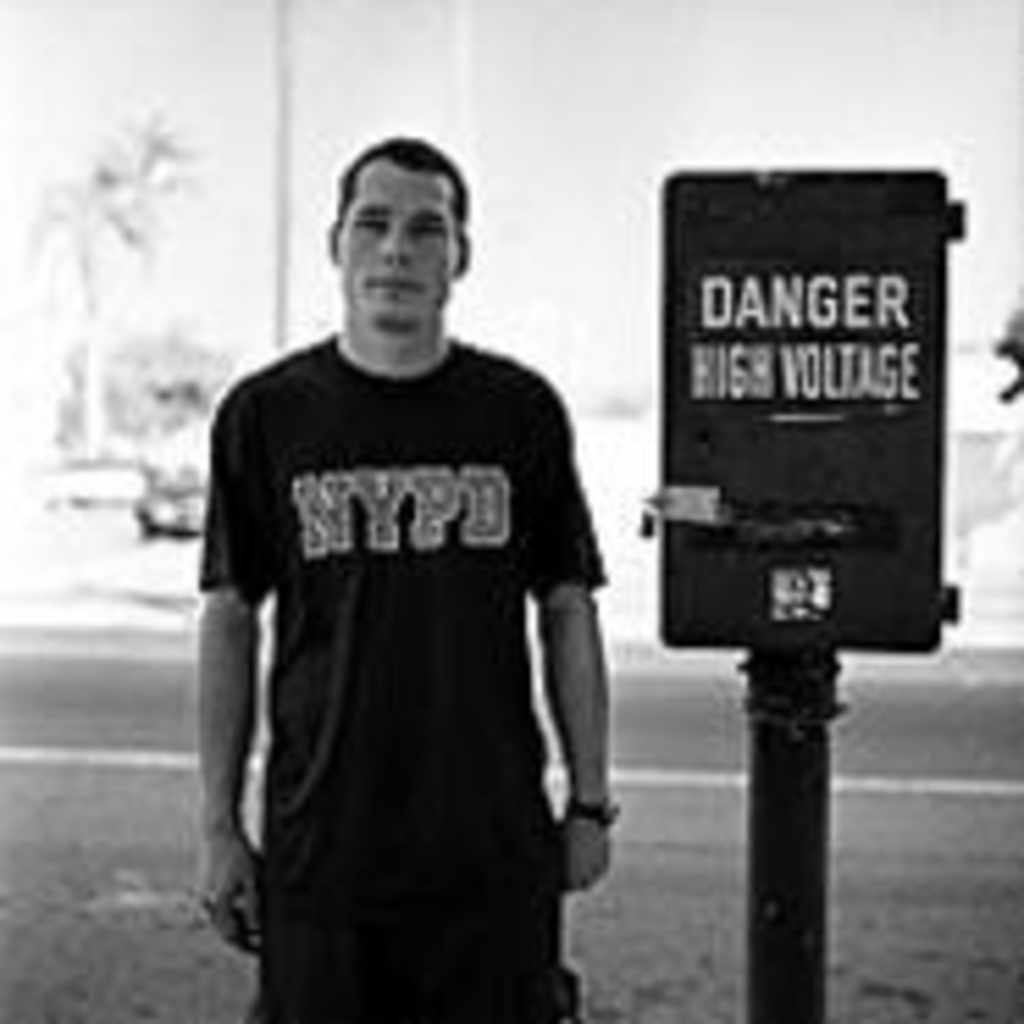 Shepard Fairey isn’t getting any younger. None of us are, and the legendary wheat-pasting-rebel-cum-international-design-guru is no exception. His joints don’t ache after he scales buildings to put up his enormous, cryptic “Obey Giant” posters, but he’s 34, and he can see that day coming.

Being a street artist for nigh on two decades comes with its own particular conundrums. According to Fairey’s 1990 manifesto, for example, his posters are like psychological tests. The now-iconic “Obey” poster has no actual meaning, the manifesto explains. It’s just an imposing face with a command to obey, but no indication of what or whom to heed. Therefore, Fairey concludes, what people see in his work says more about viewers than about his images. But that kind of surprise-inspired questioning of our own perceptions doesn’t happen when we’ve seen the same images for more than ten years.

When Fairey’s posters appeared on downtown Kansas City buildings last month, my first reaction was neither favorable nor unfavorable. A companion and I saw the “Obey” poster when we were driving to the West Bottoms.

We got a vague kick out of tracking the well-known artist’s paper trail and seeing that he had explored the coolest parts of our city. But that was it. Neither of us said, “Hey, that kind of makes me think about all the visual commands I’m fed on a daily basis.”

Our reactions might have been milder than hoped for by an artist who risks incarceration to display his work. A handful of others responded strongly enough to make up for it, though.

Fairey had been in town to give a lecture at the Kansas City Art Institute on November 4. His visit, spurred by a student-driven initiative, was timed to coincide with Fairey’s fine-art opening at the Paragraph Gallery the next night.

“I’m in a position now where if I don’t do street art, people are going to be disappointed,” Fairey tells me now. During his first trip to Kansas City in 1998, he’d posted a couple of items in the West Bottoms and one in midtown. Before his most recent visit, Fairey says, a youngster eager for his arrival told him, “You’ve got a big following here from all the shit you put up before.”

Now, Fairey doesn’t want people to think he did the street art just to catapult himself into the gallery world or to get the visibility he needed to land big design clients such as Mountain Dew. He knows that he didn’t get where he is today by brown-nosing in the system. He got where he is by making himself public enemy No. 1 in Providence, Rhode Island, getting arrested and everything else.

So he shows up at Paragraph Gallery to install his kick-ass show and along comes a local fan delivering wheat paste and climbing equipment. Gallery operator Hesse McGraw lets Fairey know that his space is funded by the Urban Culture Project (a nonprofit foundation that’s installing art in once-empty downtown spaces) and that there will be trouble if he hits downtown, especially in the vicinity of the Paragraph.

That night, eight old-school “Obey” posters went up on what the visiting artist assumed were unused urban structures. One building was being gutted. The other had busted-out windows. The parking garage was empty. The billboard? Blank. “I was like, No problem — no one’s going to care,” Fairey tells me. Besides, he notes of his paper-and-paste creations, “The stuff comes off in the weather anyway.”

But few if any structures in the Crossroads remain unspoken for. Gutted means “being rehabbed.” A parking garage empty at night? All downtown parking garages are empty … at night.

And as for no one caring? If Fairey’s work is a psychological test, our city’s response indicates symptoms of post-traumatic stress disorder, provoked by that etching-cream incident a few years back, when artists expensively messed up people’s windows, offering no redeeming aesthetic value in the meantime. Soon thereafter, our supermod pride and joy — the once deteriorating but now awesome red TWA building — was hit by graffiti. It left downtown property owners feeling burned, and the City Council passed anti-graffiti ordinances.

The day after Fairey’s recent wheat-pasting escapade, he gave his lecture at the Art Institute. He likens what happened during that talk to the footage of George W. Bush finding out that the World Trade Center had been hit by planes. One person got onstage and whispered to another, who whispered to another, and so on until the lecture was over. The school was worried about getting in trouble, and McGraw was concerned about his gallery’s partnership with downtown developers.

The school considered sending its students to remove the art they’d just discussed and talked about whether to ask Fairey to issue a statement saying that he’d acted against the wishes of the school and the gallery.

Fairey offered to pay for the cleanup, thinking that would calm everybody down. “I took responsibility for my actions,” he says. “That it had so many fucking ripples seems insane. I had no idea that the Kansas City ecosystem was that fragile.”

But it is. And Fairey’s posters might tell us something about ourselves after all.

The Urban Culture Project’s David Hughes doesn’t condone the defacing of private property, but with all the obstacles to downtown revival, battling street artists is low on his list of priorities. He’d hate to blow a minor wheat-pasting incident out of proportion. But when I note that Fairey says he tried to hit abandoned structures, Hughes stops me. “That’s a ridiculous statement,” he says. “Buildings were hit that are very active. It reminds me of people who want to make the argument for putting a ballpark in the Crossroads because it’s blighted. That’s horseshit. We’ve got organic development happening here. It’s thrilling,” he says.

“Some people hope that as the Crossroads develops, it can maintain some of its grit,” he adds. “A lot of us look at these buildings and think they’re beautiful in their grittiness.”

I am among those people. When suburbanites tell me our downtown is bombed out, it pisses me off — I mean, what do they know about cities? As Hughes puts it, “If it doesn’t look like the Plaza, that doesn’t mean it’s not in use.” Street artists might be alarmed to discover they’re making the same mistake about the Crossroads as ballpark and luxury condo apologists.

Still, I wonder what it means to preserve visual grittiness while expecting artists not to respond to it. Gritty neighborhoods are playgrounds for outsiders — even if that outsider status comes only from choosing to live by a different set of rules. I’m not saying it’s right. I understand that it’s annoying for property owners, and I damn well know it’s illegal. But it turns out that people — be they sheltered suburbanites or impulsive street artists — respond to appearances. Anyway, how gritty is a neighborhood that can’t calmly absorb a removable act of expression?

I’m more offended by the property owner who painted the beautiful building at 19th Street and Baltimore in hideous red and yellow; the rain won’t wash it away, and those of us who don’t own buildings — who just happen to love this city and what it looks like — can’t send anyone a bill to have it cleaned up.

At the same time, street artists might learn from Fairey’s visit. With all the exciting things happening downtown, it’s going to take more than a glance in the middle of the night to determine that a building is nobody’s baby. There must be a better way to strike that balance between expression and respect. It must be possible to update a manifesto written in 1990 so that it takes into account the hard work of bringing downtowns back to life.