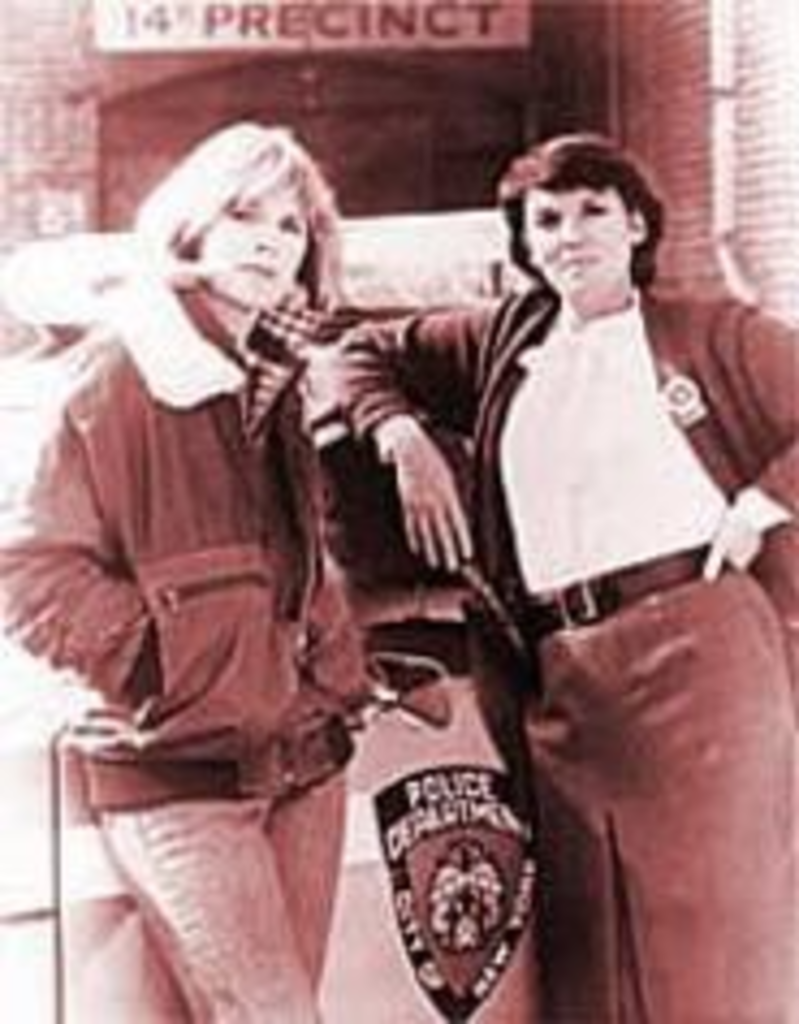 For 17 years, Dorothy Swanson has waged the loneliest battle: keeping good shows on television, a medium that exists as if only to taunt her. You can hear in her voice the toll such a struggle has taken on her. Her voice breaks and softens when she speaks about the demise of the organization she founded to save shows that, in her words, enlightened, enriched, challenged, and confronted viewers. She sounds the way one does when talking about a loved one who died only days ago. She says she is retired now; others might say she surrendered.

Not so long ago, Swanson was just a fan, a fraction of a fraction of a percentage point monitored by the Nielsen ratings. She was sitting in her Michigan home flipping through the networks in search of a show she could call her own. When she found one, Cagney & Lacey, she refused to let go, even though CBS tried to take it from her. After that, it would not take Swanson long to become a thorn in the side of network executives who treat audiences as though we’re buffoons to be spoon-fed pablum and tripe. Where the rest of us are content to bitch and moan when our favorite shows are canceled, Swanson took action, and if she did not quite change the face of network television, she socked it in the nose often enough to garner the appreciation of thousands of TV viewers and not a few producers, actors, and network executives.

“We did do a lot of good things,” Swanson says. “We did extend the lives of some very good shows, and we made the word ‘quality’ mean something.”

Swanson is the founder of Viewers for Quality Television—which, it should be pointed out, is not affiliated with the myriad viewers’ groups that seek to censor or boycott programming they find offensive for, you know, religious reasons. In 1983, she began writing letters to CBS programming executives, as well as Cagney & Lacey‘s writers and producers; hers became such an obsession, she even forged letters using the names of friends and people in alumni directories. When CBS renewed the series in September 1983, the show’s producer, Barney Rosenzweig cited “the avalanche” of viewer mail received at the network.

A year later, Swanson found a partner in Donna Deen of Plano, Texas, who was launching her own campaign to save St. Elsewhere. The two formed Viewers for Quality Television, only to split when VQT began fighting to save shows, such as Designing Women, that Deen didn’t believe were worthy of the “quality television” moniker.

For a while, VQT had a seat at the table of television’s most powerful executives; the organization’s annual conferences and awards ceremonies in Los Angeles drew the heads of every network and, often, the stars of every show endorsed by the organization. Swanson became friends with the likes of Linda Ellerbee and China Beach‘s Dana Delaney, who would contribute introductions to Swanson’s just-published book. VQT would take out full-page ads in the trades to support worthwhile programs on their deathbeds, and every now and then, a network boss, such as NBC’s Brandon Tartikoff, would even call Swanson to see whether her group would help save one of his shows. Too often, she wound up on the losing end of a fight—to this day, her biggest regret is that she could not save Tim Reid’s Frank’s Place—but Swanson was, for a brief moment, a powerful voice for a minority concerned only with thoughtful, carefully crafted programming.

Swanson did not want to euthanize her child and held on as long as she could; she hoped the publication of her new book, The Story of Viewers for Quality Television: From Grassroots to Prime Time, would galvanize the troops and recruit new members into the fold. But countless delays kept Syracuse University Press from publishing the book when it was originally due, some two years ago, and it did not hit stores until October. By then, she was pounding the final nail into VQT’s coffin. It was far too little, way too late.

And so VQT ends with the tiniest of whimpers: After years of inundating TV critics across the country with missives about her organization’s efforts to save this program or that program, Swanson mentioned the demise of VQT only in the group’s fall 2000 newsletter. There would be no press release, no full-page ad in Variety, no formal farewell; the show, one might say, was canceled with no fanfare at all.

“It upsets me,” Swanson says. “I wish there had been a way to go on. The book was, in my dreams, to be a resurgence. Had it even come out a year ago, it was going to be the shot in the arm that we needed, so I am a little upset with that, but there was no way to financially go on. I ended up practically out of pocket, which is the way I started the organization, and I just could not do that. To be honest, claiming 800, 900 viewers left that were participating in the organization, that cared enough about quality overall and knew where we were and stayed the course, that’s not enough to stay afloat. We were just getting smaller and smaller. There was no marketing budget, there was no way to…” She pauses.

“I mean, we had the credibility; we had everything but the numbers. Again, it was low ratings,” she says, laughing ruefully.

There was a time, during the late 1980s and early ’90s, when VQT’s membership numbered 5,800, but those statistics were never very consistent. Whenever the organization tried to save a show with a science-fiction or fantasy slant—say, Beauty and the Beast or Quantum Leap—membership would spike, but only for a moment. Once the war proved unwinnable, fans of those shows would move on, leaving Swanson to hold together the ship with baling wire and videotape. That happened too many times to count: One minute membership would be up 500, then down 700. Swanson tried to keep everyone in the fold, but found that their motivations were often selfish: People joined VQT to save their shows, not necessarily the good ones.

“I tried to make the point that if everyone had just stayed, our claim of 20,000 members in itself could have sort of been an automatic insurance policy for a show like Freaks and Geeks,” she says. “I thought so, anyway. That’s maybe all it would have taken, an endorsement from a group that large, and the revenue from donations from a group that size would have enabled us to take out ads for a show like Freaks and Geeks. There were a number of years where I did take out an information-and-awareness ad in the trades, whenever our poll results would show which show had scored the highest on our quality survey. We took out ads showing our new endorsement lists and Quality Award winners. When we could afford to do that, that was getting word out there. That was advocacy at its fullest. Once we couldn’t even afford to do that, well, I just didn’t want us to become a shadow of our former self.” Her voice, again, trails off.

Swanson also blames the demise of VQT on fan-run Web sites; it seems there are dozens for every single show, even the worst of the lot (The Geena Davis Show, no more watchable than videos of botched surgeries, can claim a handful). Swanson knew she was in trouble when one such site launched a campaign to save CBS’ The Nanny. No longer did VQT’s viewer-mail campaigns seem so special, not when some schmuck was out there trying to keep Fran Drescher from having to find real work.

But the death of VQT comes down to one simple factor: There are barely any shows left fighting for. To misappropriate writer Frank Norris, quality television is not extinct like the dodo, but mythical like the hippogriff. If the 1980s spawned “television’s second golden age,” as Robert Thompson insisted in his 1996 book of the same name, then the 1990s and the 2000-2001 season brought only fool’s gold. One can scarcely imagine how a St. Elsewhere, thirtysomething, I’ll Fly Away, Wiseguy, or Hill Street Blues could emerge from junkyards overrun with Regis wannabes and Survivor knockoffs (of which the new Temptation Island is only the latest, and the most repulsive); even the best of the hour-long dramas, such as Gideon’s Crossing and Ed, are but pale, self-conscious imitations of faded glories. One look at VQT’s final list of endorsed shows—which includes the middlebrow likes of Ally McBeal, The Practice, and Law & Order Special Victims Unit—reveals how far standards have fallen. They slide in only because it’s now necessary to grade on a curve. The worst part of VQT’s death is that the organization is more necessary now than ever before.

“One executive once said, ‘If we put all quality programming on the air, that’s what people will watch, because that’s all that would be there,'” Swanson recounts. “However, another said, ‘We can’t leave it on, because not enough viewers would come to watch it. They just reject it.’ When they see those numbers go down, down, down every week, that’s a viewer rejection, so in the end, we get the television we deserve. I really believe that. As long as people are going to keep their TV sets on all evening, regardless of what’s on the tube, if you have a Nielsen box, that’s going to get counted. We have to be more discerning. We have to be more selective. We have to be more fussy about what we’re going to give our time to, but a lot of people aren’t.”

And so Viewers for Quality Television has gone the way of St. Elsewhere and Frank’s Place and all the other excellent shows Swanson and her organization championed. By the time you read this, Swanson will have moved into her new Florida home, unpacked her bags, and turned on the television. But now, when she sees something she likes, she will do what the rest of us do: keep watching, and hope someone else out there gives a damn too.