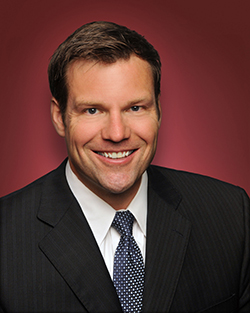 Kansas Secretary of State Kris Kobach has agreed to fixes demanded by the American Civil Liberties Union in advance of the November election.

Kobach faced a hearing on Friday in which he was going to have to explain why he should not be held in contempt of court. In May, U.S. District Court Judge Julie Robinson ordered the state to register more than 18,000 people who had been denied the right to vote in federal elections because they did not prove citizenship when they registered to vote at driver’s license offices. Kobach had tried to worm around the order by putting obstacles in place, such as forcing the voters to use provisional ballots.

On Thursday, Kobach agreed to remove some of the obstacles. The ACLU issued a shade-throwing news release suggesting that Kobach caved in advance of the contempt hearing, which was scheduled for Friday in Kansas City, Kansas:

On the eve of being hauled into federal court for contempt, Kansas Secretary of State Kris Kobach has agreed to add thousands of eligible voters to the election rolls and properly notify them that they are registered.

Under the interim agreement, Kobach will instruct county election officials to send out a new notice that “unequivocally advises” the covered voters that they are registered and qualified to vote in November, among other conditions.

Kobach said Thursday the ACLU’s argument was “weak at best,” sounding like a guy who starts running his mouth once he knows no punches are going to be thrown.