Eyes without a face 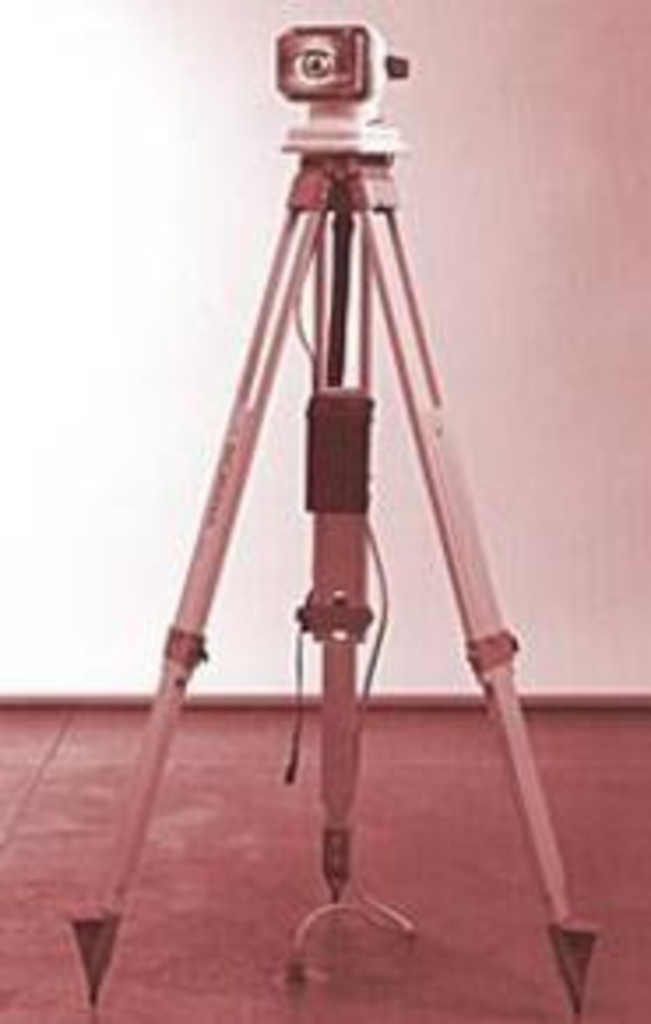 Eye to Eye says it like it is. Larry Buechel’s exhibit has filled Grand Arts with eyes of various colors and sizes — from the monolithic digital painting, “Eye Contact,” to the multiplied blue eye of “Kaleidoscope”; even the parking lot has an eye on either side of its entry, establishing the exhibit’s point before visitors even walk through the door. While wading through so many disembodied eyes, one must construct a context in which to place them. Fortunately, the symbolism is so obvious, one need not spend much time contemplating the “why” of it all.

We live in a world, as we all know, where strangers watch, record, and document many of our actions. From the eerie eyes of the deranged stalker to the protective camera at the ATM to high-tech spy satellites, the lack of privacy has become a hot topic in our culture, even if the secret desire for everyone to watch us pervades our actions (witness the ridiculous personal problems paraded on talk shows or the myopic desire many of us have to be famous). Ours has become a flashy, voyeuristic, visual world where nothing is taboo except maybe our innate normalcy. It has become a culture based on the pleasures of the eyes.

We also live in a culture that ingrains us with the fear or knowledge that metaphysical forces are watching, be it God or Santa Claus. In her exhibit essay, former Kansas City art critic Roberta Lord points out that even art has seemed to follow us in the form of the often creepy “following eye” of painted portraiture.

With that said, it is almost expected for an artist to do a show based on the eye. Visual art is, after all, visual, and without the functions of the eye, much of the art world is lost. Buechel’s art is dependent upon its viewers’ eyes, and in this aspect Eye to Eye exists on a mirror level, with the art looking back at you. Yet, unlike the viewer, who is a sentient being, Buechel’s eyes are disembodied amalgams implanted into the foreign mechanics of impersonal fabrications and are blank, staring without the powers of judgment or opinion.

And that is the weakness of Buechel’s intent. Although the viewer may be somewhat affected by the watching eyes, it is for only a few seconds before the reasonable understanding — that these eyes are not actually seeing anything — is assumed. Combining this with the lack of judgment inherent in eyes attached to faces immediately negates most of the power of Buechel’s images, and the only guilt or self-consciousness the viewer may feel is a reflection of him- or herself, or rather is rooted in the more powerful presence of the watchful gallery monitor.

Despite the exhibit’s didactic conceptual qualities, it is still worth a visit. Grand Arts never fails to host work that excels in precise fabrication and installation, and Buechel’s Eye to Eye adheres to the high caliber of craft always found there. The sculptures are slick, professional, and intriguing on a material level.

“Hello” possesses the most conscious aspects of all the work. Planted on a tall tripod, the eye in the screen attempts to follow the visitor as she or he enters the gallery space. Demure and somewhat paralyzed in its lack of brain or body, “Hello” seems the saddest of all the works merely by its acknowledgement of the viewer. Rather than being disconcerting in its all-seeing glare, like Mary Shelley’s monster it is almost pitiful in its inability to relate to those staring back.

Probably the most intriguing work, on a macabre level, is “Encore.” Composed of lenses and glass eyes on top of thin steel rods, the work is captivating because of its materials. This is probably the closest many of us will get to an actual glass eye, and it is a rich experience to be able to see the details that have gone into the construction of these prosthetic ocular works. The blank stares are frozen in time, as if they are the museum relic of a culture of viewers, blank and nonexistent beyond the eyes. This is an audience of people who are negated by their vision, who hold no power or purpose beyond seeing. As Lord points out in her essay, this may be the future evolution of modern culture: “In a world increasingly dominated by computer-generated imagery, the usefulness of taste, touch, smell, and hearing has steadily ebbed while the significance of vision has expanded exponentially.”

Clearly, ours is a vision-based world. It is unfortunate that those who should be celebrating the beauty of vision would have such a dire acknowledgement of it, as if we simply look blankly at our world, never absorbing, enjoying, or contextualizing the aspects of life that surround us. In that regard, and in Buechel’s apparent view, perhaps we are blind after all.