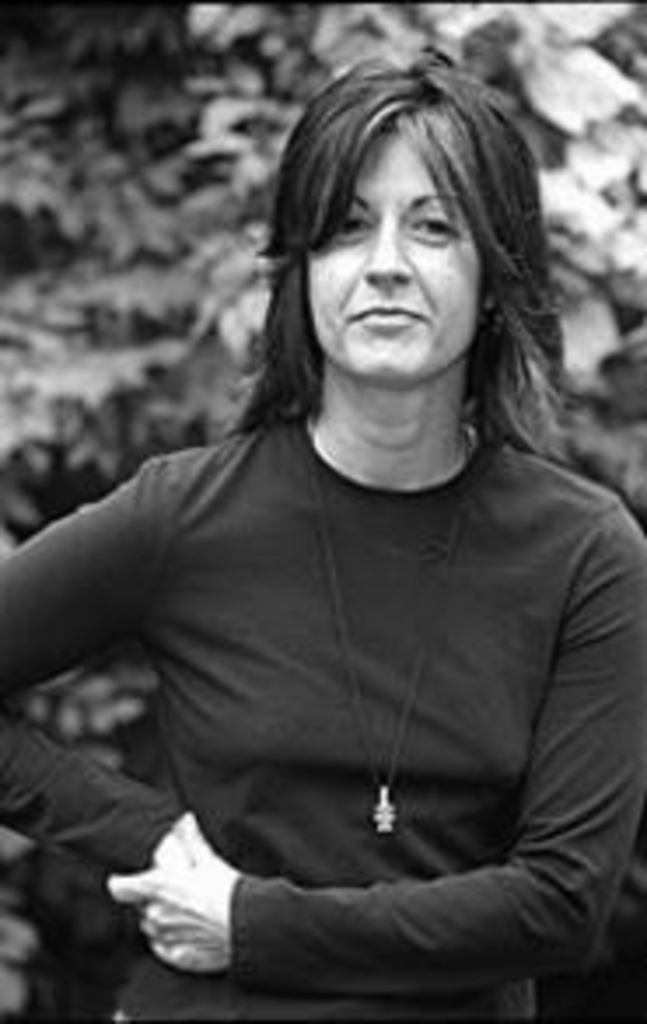 The Kemper Museum of Contemporary Art is expanding and remodeling — last September, the museum purchased a grand, three-story brick house at 200 East 44th Street, just north of the Kansas City Art Institute’s sculpture department buildings. By the end of this year, the museum’s administrative offices are supposed to move into the second and third floors of the refurbished home, freeing up an additional 1,500 square feet of space inside the museum for its permanent collection.

But one key office is already empty. Dana Self left her position as curator of the museum in early August. Self isn’t talking about the reasons for her departure, and Kemper Director Rachael Blackburn tells the Pitch that it’s the museum’s policy not to comment. The Kemper’s board of directors and other senior staff members hope to fill Self’s position by the beginning of 2004 — but she’ll be hard to replace.

Perhaps more than anyone, Self determined the look and the voice of the museum. Self served as curator for eight of the Kemper’s nine years, joining the staff in February 1996, and the museum’s board of directors gave her nearly free rein. “They never said no in the eight years I was with the museum,” Self tells the Pitch. “I also knew the tolerance for the board for certain kinds of art. I understood what they didn’t want to see in the museum.” Constantly on the lookout for new talent, traveling to galleries and museums in other cities, saving newspaper clippings and postcards with images of work she admired, Self sought artists who tackled universal themes with easily readable signifiers, as opposed to artists creating more avant-garde work.

“I never liked to work with the ten artists in the country that everyone works with,” Self says. “All these curators working with the same artists is really, really boring.”

Several of Self’s discoveries had their first museum exhibitions at the Kemper. Having a major show (as well as an academic essay and a brochure) under their belts gave many young artists a real career boost. Liza Lou and Deborah Willis, for example, received MacArthur Fellowship “genius grants” after the Kemper exhibited their work.

But Self also drew ideas from the Kemper’s permanent collection. Fairfield Porter: Familiar Spaces, a small exhibition of richly colored landscapes and figure work by the American master painter, featured works in the permanent collections of the Kemper as well as the Nelson-Atkins Museum of Art. This summer’s blockbuster Wayne Thiebaud: Fifty Years of Painting borrowed work from the collections of the Kemper, the Nelson and the Albrecht-Kemper Museum of Art in St. Joseph as well as works from the personal collection of the artist’s family.

Self is captivated by artists who explore domesticity. “I have themes that I have always found interesting personally and intellectually, like home and displacement,” she says. But Self recognizes that these are broad concepts encompassing the ideas of body and space as well as “identity and the search for who you are and what you mean in the world.”

For last December’s Do-Ho Suh: A Perfect Home, sculptor Suh recreated his childhood home in Korea and his current New York City apartment out of translucent fabric on a one-to-one scale, connecting the two tentlike structures with a replica of Suh’s New York City hallway. “It’s about carrying my childhood house or space with me everywhere I go,” the artist said of his work. He chose to recreate the buildings with fabric because of its light, easily transportable nature. For Suh, the fabric corridor connecting the two homes was symbolic of life spent on two continents, immersed in two different cultures. A Perfect Home was Suh’s first solo museum exhibition in the Midwest.

Self finds interest in the work of immigrants — not only literal immigrants such as Suh but also people she says are “in a constant exploration for a sense of belonging and solidarity.”

Last summer marked Peruvian-born Belgian artist Til Freiwald’s first museum exhibition in the United States, featuring his nearly flawless, larger-than-life watercolor portraits. After hours of intense observation, Freiwald captured excruciatingly minute details of his subjects’ expressionless faces in luminous and subtle washes of color, using a medium famous for old ladies painting flowers and still lifes. The painstaking execution and the sheer size of the portraits were enough to make for a captivating exhibition, but the detail and the blank gazes staring out from the sitters’ humongous eyes made the show especially engrossing. As Self explained in an accompanying essay, “Painting from memory suggests that Freiwald recovers something more than mere representation.”

Not all of this year’s newcomers created work that successful, though.

In April, museumgoers experienced the first-ever exhibition by video artist Robin Bernat, who had filmed American Pastoral after turning to faith following the death of her longtime companion. The video combined lively hued scenes of Southern rural life with poetic images from Bernat’s spiritual quest. Though the show was visually rich, it wasn’t particularly convincing as an exploration of faith. During Bernat’s baptism, for example, an unseen man cupped the artist’s head in his hands as water poured over her face and ran over her shoulders and chest. The scene was fresh and aesthetically captivating but depicted an act that was as spiritually valid as a shampoo. “Bernat’s idealized and plainly romanticized vision of the American Southern landscape suggests her desire for faith’s consolation, just as idealized images of a peaceful landscape offer succor,” Self explained in the accompanying essay.

Sculptor Sharon Louden designed her first solo museum exhibition, The Attenders, which opened in March, specifically for the Kemper’s main gallery. Louden bundled strands of thin black and gray monofilament wire, then hung them from the ceiling or lay them on the gallery floor like a jungle of oversized ponytails. Louden changed the way that museum visitors moved through the space, but the novelty quickly wore off, leaving little to engage the audience. Self says The Attenders was a “totally formal exercise” — the site-specific installation forced the artist and curator to work within the physical boundaries of the gallery space. In any event, it took a lot of guts to give an emerging artist the chance to learn and grow in the context of a major museum.

Besides, as Self points out, a curator’s job is “about education and putting things into context so people can grow and learn.” She adds: “It’s a really great thing that museums do — give people a different avenue into the world. They’re a great place to give someone an idea of what it’s like to be inside someone else’s head.”

Now on display is Self’s final curatorial effort for the Kemper, San Diego-based Jean Lowe’s The Course of the Empire, a 2003 Pitch Best of Kansas City-award winner. Lowe’s papier-mâché installations give a contemporary twist to her period rooms, inspired by eighteenth- and nineteenth-century French design, that include rugs, books, wallpaper, chairs and other furniture. She uses the fanciful and gaudy aesthetics of that period to draw attention to issues of waste and overabundance in land development, ecology and consumerism in today’s American society. Self’s last show at the Kemper is outstanding. Her enthusiasm for introducing the Kansas City public to new artists will be missed.