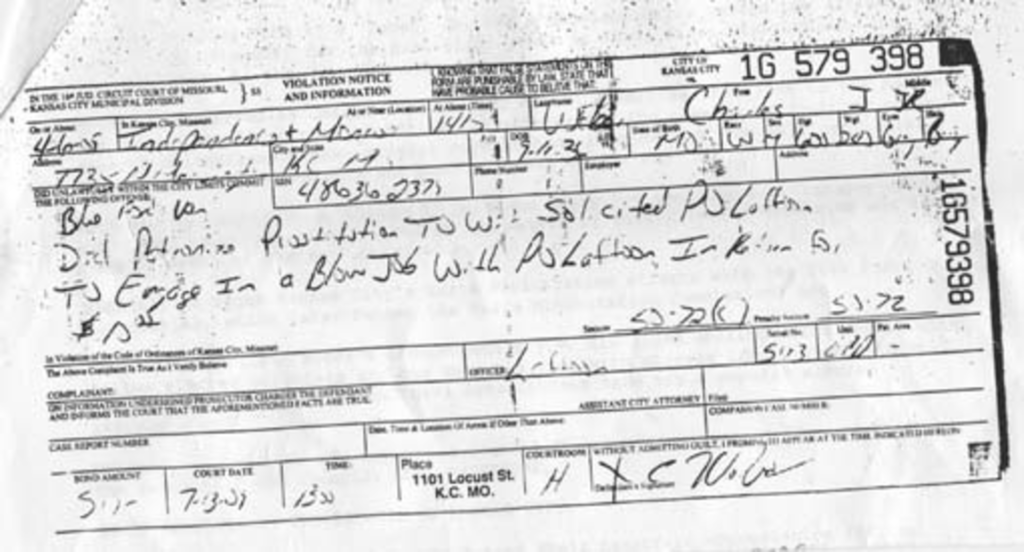 Chuck Weber, a Northland councilman implicated in the corruption scandals at Kansas City, Missouri, City Hall in the 1990s, was cited by police in April for allegedly soliciting a blow job from an undercover officer.

The sting took place on a Monday afternoon along Independence Avenue. Weber, 72, received a citation instructing him to appear in Municipal Court on July 13. The decoy captured nine suspects that day, according to Sgt. Brad Dumit of the vice unit.

Back in 1997, Weber pleaded guilty to conspiring to bribe a public official. He had acted as an intermediary between a councilman, Michael B. Hernandez, and developer Walker LaBrunerie. In 1995, Hernandez pleaded guilty to accepting $70,000 in bribes from LaBrunerie and Mark Morgan, the son of Frank Morgan, the financier and a target of a federal investigation at the time of his death in 1993.

Weber represented the First District on the council from 1987 to 1995. He referred questions to his lawyer, Sal Capra.

“It’s been dismissed, and it’s a closed record,” Capra told The Pitch.

“I’m telling you, it’s a closed record,” Capra said. “I cannot discuss it.”