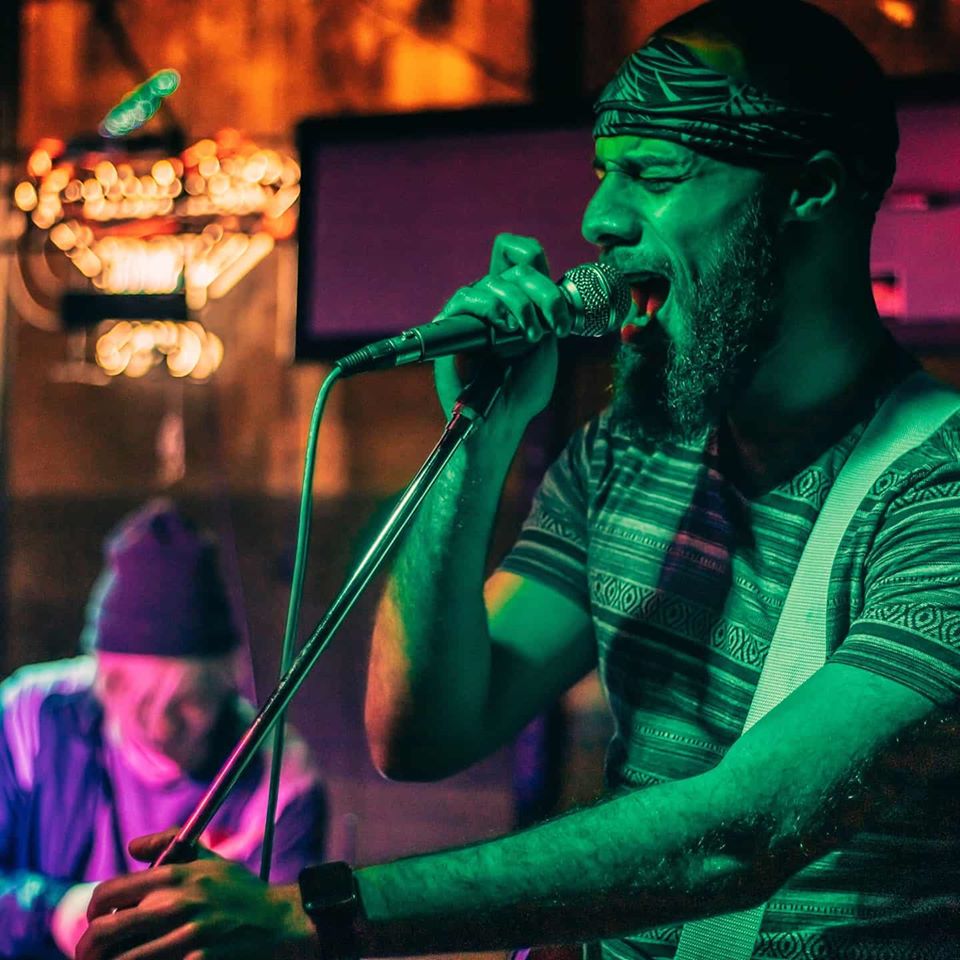 As Everett the Grey, musician Alex Hill blends elements of electronics, acoustic rock, and hip-hop into his music to create something which feels familiar, yet sounds wholly fresh. Like many musicians these days, he’s been coping with the Covid-19 outbreak, while still trying to find time to create.

As an added wrinkle, Hill is a medical student, meaning his days and nights are spent working in a hospital. Still, the urge to make art is strong, and we talked about that balance and more by phone with Hill a few weeks back.

Hill was also kind enough to share an exclusive video with us, featuring a live version of the heretofore unreleased song, “Indigo,” from a forthcoming concept EP.

Take a look and a listen.

The Pitch: When we were messaging back and forth, you mentioned you work in a hospital. That seems like it might add a whole other layer or wrinkle to trying to make music during the pandemic. Is that the case?

Alex Hill: I’d say absolutely. To be completely transparent, I don’t exactly work in the hospital—I’m a medical student, so I actually pay to be there. I don’t get paid to do this, but it’s definitely different, especially now. We’re in a time where it’s like the paradigm is shifting, and in a number of ways, but it kind of started with the coronavirus. I feel like that in the atmosphere, there’s a certain almost—I don’t want to say isolation—but there’s just a cautionary kind of feeling in the air, no matter where you go, but particularly in the hospital. All of our corona patients are isolated on their own unit, so I don’t interact with them personally, but it’s one of those things that really reverberated all over the hospital, and all over the world, really.

What degree are you headed for?

I’m working on my medical degree. I’ll be a doctor in two years.

How do you find time to make music?

Lots and lots of caffeine. Sleep is optional, I think. Music is one of those things. If you have the personality and you have the drive, it’s something that you just have to do and I think that applies to making music, listening to music, or writing about music as you do. It’s just one of those passions that I think you can do anything else in the world that you want, but it’s still gonna find you. For me, it’s never been an issue of making time, really. It’s honestly been more of an issue making time to study and work on my degree.

You’ve released a couple of singles this year and your last EP, Paragon, just had its one year anniversary. Had you recorded the two new singles before this happened?

Yes. “Sunsets,” I recorded back all the way back in August. I had gone out to Red Cat Studio out in Wichita to record that one and I kind of just sat on it for a while. I was just waiting for the right time to release it. “April,” I recorded during this whole situation down in Joplin Missouri at 2C Multimedia. I do a lot of my production and stuff at home and I tend to go and record the vocals at studios because I don’t really get the sound that I want here.

It was definitely different, particularly in marketing. Obviously, no one no one’s really played a show for four or five months now, so it’s it’s been different and I guess you could say, difficult, trying to get the word out from home.

When you’re trying to get the word out by doing things like recording the in-studio sessions that you put up on your Facebook page, is that a way of showing people what you can do, rather than just having them hear what you can do?

Absolutely. It’s kind of changed a bit. The video that you saw, of the Neighbourhood cover, was actually the first professionally recorded piece of video that I’ve released. I really like having that in my repertoire, but I’ve actually noticed that a lot of what my fans engage with the most on social media is actually the more natural and organic content. I think people really appreciate a certain genuine nature of the stuff I make. The things that I was making that looked more professional, I noticed people actually didn’t pay as much attention. Maybe it reminded them of an ad, so they just skipped over it?

It’s been different. I’m trying to find more ways to engage with people, aside from just releasing the music – which is the core of it – but with my schedule and stuff, it’s not easy. It’s not easy to get to a studio, honestly, so I’m trying to make the most of what I’ve got.

I imagine if you’re working shifts and things like that, it’s hard to get up early or come in after getting off shift to sit down with a guitar and make sure you’re lit right and get the phone in the right angle so that you can record something for Facebook or Instagram or any of the innumerable other platforms out there?

100%, but I feel like I’ve had to push my focus a bit more that way, just because I think the best way to get your music out there is playing live shows. I think that’s the best way to connect with people one-on-one, particularly with smaller shows. The last show we played was at the Uptown. We opened up for Yes You Are from here in KC, and the show was amazing. It was awesome, being on that caliber of a stage, but the week before that, we had actually been playing in a guy’s kitchen in Missouri.

I love both shows. They’re both awesome in completely different ways, but it was cooler at the small show because, obviously, a lot of my friends were there and stuff, but I got to reach out one-on-one, talk to the new people and people who hadn’t seen me before. I think that’s the best way to really make your music stand out or make yourself stand out as an artist. With quarantine, it hasn’t been possible. I guess Instagram Live is okay, but it’s not as good as really getting boots on the ground.

You have this post where you say “blurring the lines between hip-hop rock and folk was a daunting task, but every bit of it feels like a genuine expression” and then, the next post is a picture of you with Claudio Sanchez from Coheed and Cambria. What were the influences that led you to this very particular unique sound – what were the steps that led to that?

It is a bit messy, and it’s a bit confusing, maybe, for new listeners. “April,” which was just released, is a pretty straight hip-hop R&B song. That’s versus “Sunsets,” which is a pretty straightforward rock track. The influences come a little bit from everywhere. I started playing guitar when I was 10, and I’m 25 now. I had a very influential streak with rock and roll and heavy metal. I started out with Black Sabbath and Led Zeppelin and those earlier bands and then eventually went deeper and darker and I got into heavier metal. I was in a couple metal bands in high school but those didn’t work out and it occurred to me about the time I got to college that I was never gonna be in a band.

You grow up and get into the real world – and I knew I want to do medicine, which is pretty time-consuming – so I kind of drifted over towards more of the hip hop and electronic music, mostly because I didn’t need anyone else to really do it. Also, in my later high school years, I started listening a bit more hip hop and stuff. Kid Cudi was a huge influence on me. I think he comes through in just about everything I record. I won’t go into specifics of everything, but I just like what I like and I like making what I like and I like to think that I’m at least okay with the different genres. I try to juggle but, one day I realized I like playing guitar and I like rapping, so how can I mix these that make sense? As an artist, I think it’s key to focus on yourself and what satisfies your urge to create.

If you want to hear Hill go deep on some nerdy influences, check out his recent appearance on the SciFi And Friends podcast.