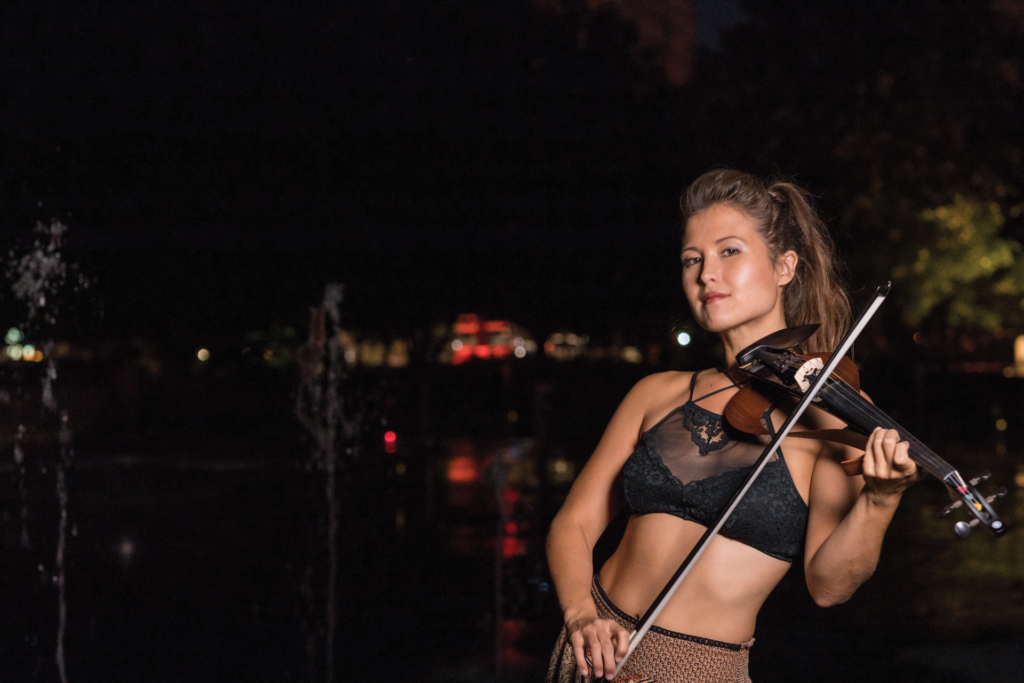 Coleen Dieker has us hooked.

Coleen Dieker, on all counts.

Though Dieker set on the musical path at a young age — she and her siblings all started piano by five, sang, and learned string instruments, too — her own winding road followed no clear markers. Two years at Boston’s Berklee School of Music opened her eyes to a wealth of other music and styles, so she…quit, moved back home to KC, and enrolled in nursing school. But that wasn’t the right fit, either.

“I was gigging to put myself through nursing school, so I thought, This is stupid, I’m just gonna gig and see where it goes,” Dieker says. “It was liberating, but it was scary. I was 20 years old. I was busking at the River Market for hours for tips, taking every gig I could, getting paid insulting amounts of money. I made a lot of interesting life choices, because I think I suddenly was like, ‘I’m not going to try to play the game.’”

“Early on, I would get asked to perform for a certain scene, or for a certain group of people, and I would be like, ‘I don’t know what I’m doing, but I’m going to go ahead and say yes.’ Fake it till I make it,” Dieker says. “It always worked.”

Dieker was also, for a time, music director at The Temple-Congregation B’nai Jehuda, even though she was raised Catholic. A few years ago, she converted to Judaism, traveled to Israel, and recently toured with the Jewish guitarist and singer Josh Warshawsky for his album Chaverai Nevarech.

Last November, Dieker recorded a sound kit of Eastern-inspired samples. She called it Gypsy Psalms. Within a day of the release, her producer texted her: people were upset about the album title.

Unbeknownst to Dieker at the time, the word “gypsy” carries, to some, a negative connotation — though to many it’s also a romanticized word for a traveler, evoking a free-spirited aesthetic. Dieker apologized on Facebook, and the album was renamed Eastern Psalms. The whole hubbub got a mixed response online — some people supported the switch, others defended the original term.

Dieker was already pretty well-attuned to racial tensions — she’s half Korean — but she says the experience made her more sensitive to the way she approaches the many musical traditions she’s absorbed over the years. But it also convinced her to take a break from the internet for a while (the 250 comments she received on a post in which she shared the cover of Robin DiAngelo’s book White Fragility didn’t help matters, either). For the time being, at least, she’s sticking with ski trip photos and performance updates. As for her offline life, it’s more gigs, more learning, more exploring her new faith.

“[Living Jewishly] means you question everything,” Dieker says. “You question yourself. I had to fight to do [this career] — I had to fight myself because I was scared of doing my own thing. But now that I’ve done it for ten years, I’m less scared, and I’m a lot more comfortable. It’s all about the struggle.”

Eastern Psalms is available at sounds.com