One of the questions posed to me most frequently in 2020 (other than “How are you surviving quarantine alone with your cats?” and “You’re not sick, are you?”) was “So, do you have anything to watch right now?” Like every other business in this hellscape of a year, 2020 did a number on the film industry. That doesn’t mean, however, that just because everything was shut down or limited that there wasn’t anything new to get excited about.

In fact, 2020 was a strong year for new films, and particularly movies from breakout talents and first-time directors. Theater closings, limited capacities, and all-online festivals may have made it harder than usual to get hold of new movies, but we still had plenty of noteworthy art that reflected diverse perspectives and creative ingenuity—themes that would come to define how we survived in difficult, divided times. Some of last year’s outstanding movies came via streaming services. Others had theatrical releases, and some you can rent online to support local theaters like Screenland Armour and Glenwood Arts if you’re not ok with going back into an auditorium yet. Discover 2020’s best cinematic offerings, and check out what you may have missed last year.

Stuff that scared us:

2020 was a big year for horror filmmaking (make of that what you will). The Mortuary Collection was a visually stunning throwback to anthology horror, conjuring up memories of the Crypt Keeper, Creepshow and EC comics, and featuring a pitch-perfect lead performance from genre favorite Clancy Brown. Writer-director Ryan Spindell came crashing out of the gate with one of the most impressive debut films in recent memory.

Nearly every horror film that made my year-end favorites list came from a filmmaker making their feature debut. Andrew Patterson’s slow-burn Sci-Fi thriller The Vast of Night was, like The Mortuary Collection, a striking movie that pulled off magical filmmaking with almost zero resources. Josh Ruben’s twisty storytelling horror-comedy Scare Me got great mileage out of comic performances and its tight cabin-in-the-woods setting. 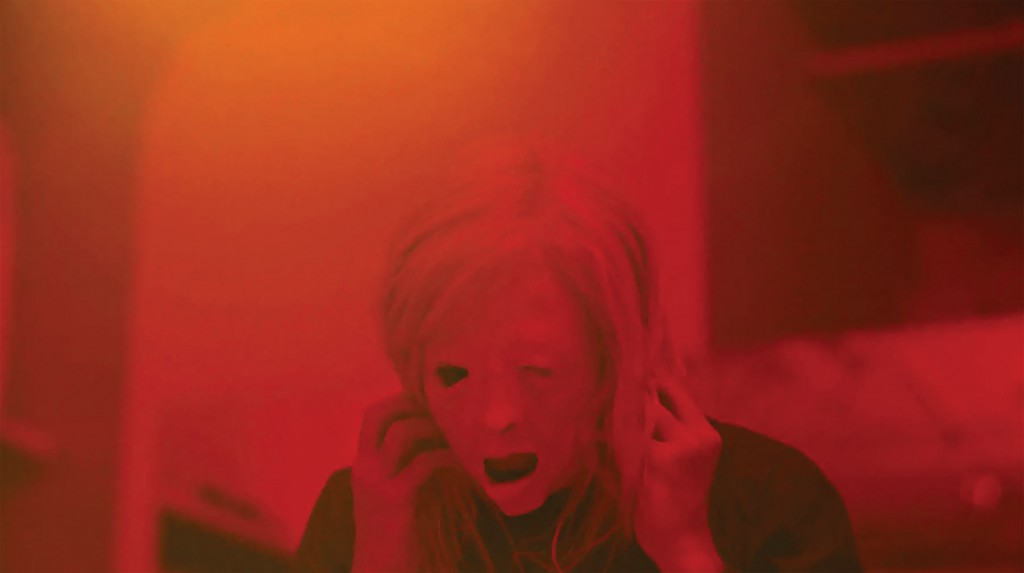 Other strong genre entries did what horror does best, calling attention to diverse subjects and perspectives through artistic metaphor. In Relic, Natalie Erika James explored the terror of aging, inherited illness, and watching a loved one die. Her film followed three generations of women, two of whom try to care for their grandmother at the end of her life, in a house that bears the scars of intergenerational mental illness. Remi Weekes applied horror to the refugee experience with His House, a story of an African couple who try to start over in a new country, but can’t shake the ghosts of their past.

Then, of course, there was Brandon Cronenberg’s wild, icky Possessor, which stood apart from just about everything else on this list. The younger Cronenberg’s futuristic horror movie about a body-swapping assassin didn’t do much to distinguish him creatively from his iconic father David, director of Videodrome and The Fly. However, it did assure viewers that Brandon Cronenberg is every bit as talented as his dad, with chilly performances (including a stunner of a turn from star Andrea Riseborough) and some incredible images that stuck with me for a long time afterward.

Stuff that made us laugh:

Continuing the train of auspicious debuts, a number of comedies also came from first-time feature directors expressing personal and artistic points of view that resulted in experiences ranging from astoundingly weird to deeply relatable. 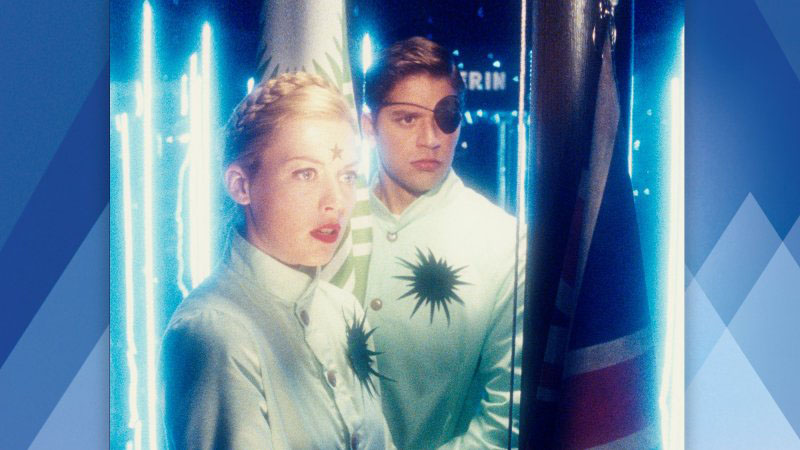 On the other end of things, female filmmakers tapped into themes of repression, injustice, and aging to astounding results. Karen Maine’s semi-autobiographical Yes, God, Yes, about a Catholic teenager torn between her growing sexual urges and fear of going to hell because of them, rang hilariously and uncomfortably true. Killing Eve writer and producer Emerald Fennell made her feature writing and directing debut with the razor-sharp feminist revenge fable Promising Young Woman, in which Carey Mulligan exacts gutsy revenge on the men who wronged her best friend. Radha Blank’s The Forty-Year-Old Version was a charming and lived-in character study of a New York playwright who discovers her skill as a rapper as she approaches middle age.

Stuff that made us think:

The best dramas of the last year were, as with most of 2020’s movies, widely disparate and often experimental. Sean Durkin’s The Nest created a tense domestic drama by using visual hallmarks of the horror genre to ratchet up viewers’ sense of unease. Nothing supernatural or violent happens to Carrie Coon, Jude Law, or their characters’ two kids, but Durkin gives us a strong sense, through mood and economical storytelling, that this family is a horror story unto themselves. 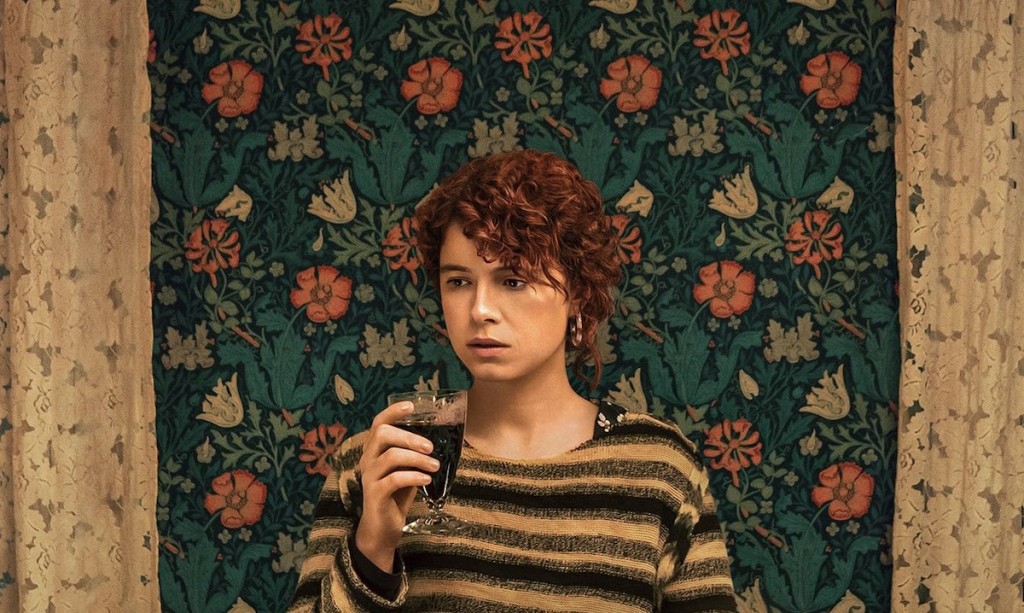 I’m Thinking of Ending Things took experimentation to a wholly different level, with an eerie tale of relationship, identity, and loneliness that felt uniquely attuned to writer-director Charlie Kaufman’s sensibilities. More than any other film this year, Kaufman’s multi-layered story about a young woman’s trip to meet her boyfriend’s parents felt like spending time in another person’s brain. The result was a dreamlike and strangely empathetic experience, the kind of movie that leaves you more intrigued than satisfied.

While not as wildly experimental, Spike Lee’s Da 5 Bloods, his latest collaboration with Lawrence-based filmmaker and writer Kevin Willmott, did play with influences and flashbacks in its depiction of the emotional state of a group of Black Vietnam vets. Lee’s film features an excellent performance from the late Chadwick Boseman, as well as a career-best turn from Delroy Lindo, whose paranoid, traumatized Paul takes increasing direction from The Treasure of the Sierra Madre’s Fred C. Dobbs.

The Sound of Metal, from first-time director Darius Marder, combined realism and intense performances with incredible sound design and editing to communicate the experience of a drummer with progressive hearing loss. By focusing on repeated actions and small moments, and fluctuating their levels in the mix, the film helps us understand what Riz Ahmed’s Ruben has lost, as well as how this massive life experience fundamentally changes who he is. Ahmed goes from tightly coiled frustration to a gradually more relaxed understanding of who he’s becoming. Just as impressive is actor and American Sign Language advocate Paul Raci, exuding gentle humanity and wisdom as the director of a deaf addiction recovery community.

Stuff that was true:

In a year where many of us were isolated and separated from loved ones, 2020’s documentaries provided warm reminders of connection and community. There were also, however, insightful and sometimes damning looks at the systems we depend on to keep everything in place. 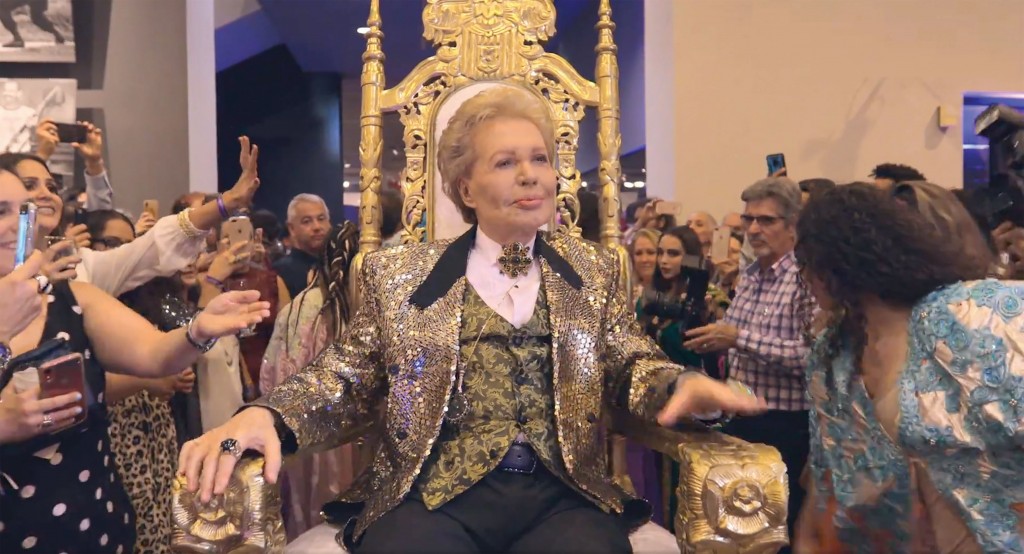 Cameraperson documentarian Kirsten Johnson continued her masterful run with her second film, Dick Johnson is Dead, about her relationship with her father as they both deal with his worsening dementia. Dick, Johnson’s dad, is a sweet and willing subject, and Johnson’s treatment of him—considering his legacy and creating joyful visions of his death and afterlife—is a moving testament to their bond. It also offers a special kind of comfort to anyone who’s experienced, or has thought much about, the death of a parent or family member.

Legacy and recognition were also at the heart of Mucho Mucho Amor, about Spanish-language TV astrologer Walter Mercado. Mercado’s flamboyant life and persona are plenty entertaining on their own, but the film’s celebration of him culminated in a tribute that was both satisfying and heartwarming. Heartwarming, too, was Maite Alberdi’s The Mole Agent, in which Sergio, an 86-year-old man and possible human incarnation of Paddington, works undercover for a P.I. at a nursing home, only to become actual friends with the residents. Of all the characters cinema gave us last year, Sergio is perhaps the sweetest and kindest. 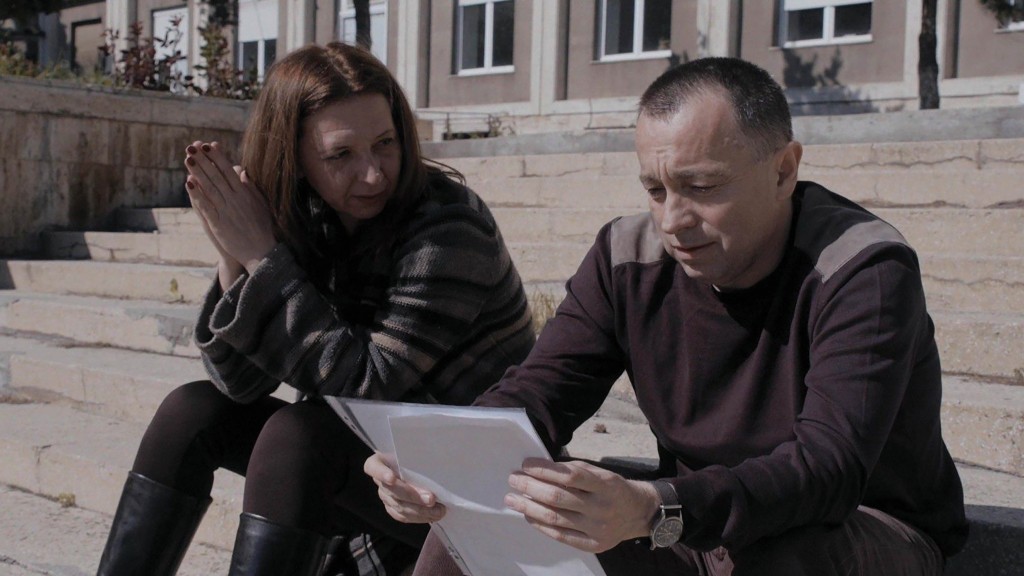 Not every documentary was about warm fuzzies, however. Alexander Nanau’s harrowing Collective felt more like a season of The Wire than a documentary. Nanau follows Romanian journalists uncovering a story behind a tragic nightclub fire which killed dozens and wounded hundreds—many of whom died later of hospital-based infections. He then turns his attention to the newly-minted minister of health, an honorable guy who’s trying to fix the corrupt healthcare system, but faces opposition at every turn.

Boys State, about the American Legion event which teaches high school boys about government, provided a microcosm of the present and future of politics that felt equally hopeful and horrifying in an election year. Amanda McBaine and Jesse Moss capture a unique set of subjects who you could easily see going on to political careers, during a formative moment in their lives. It feels inevitable we’ll hear more from Steven Garza, Rene Otero, Ben Feinstein, and Robert MacDougall one day. Depending on your perception of them, that could either be a dream or a nightmare.