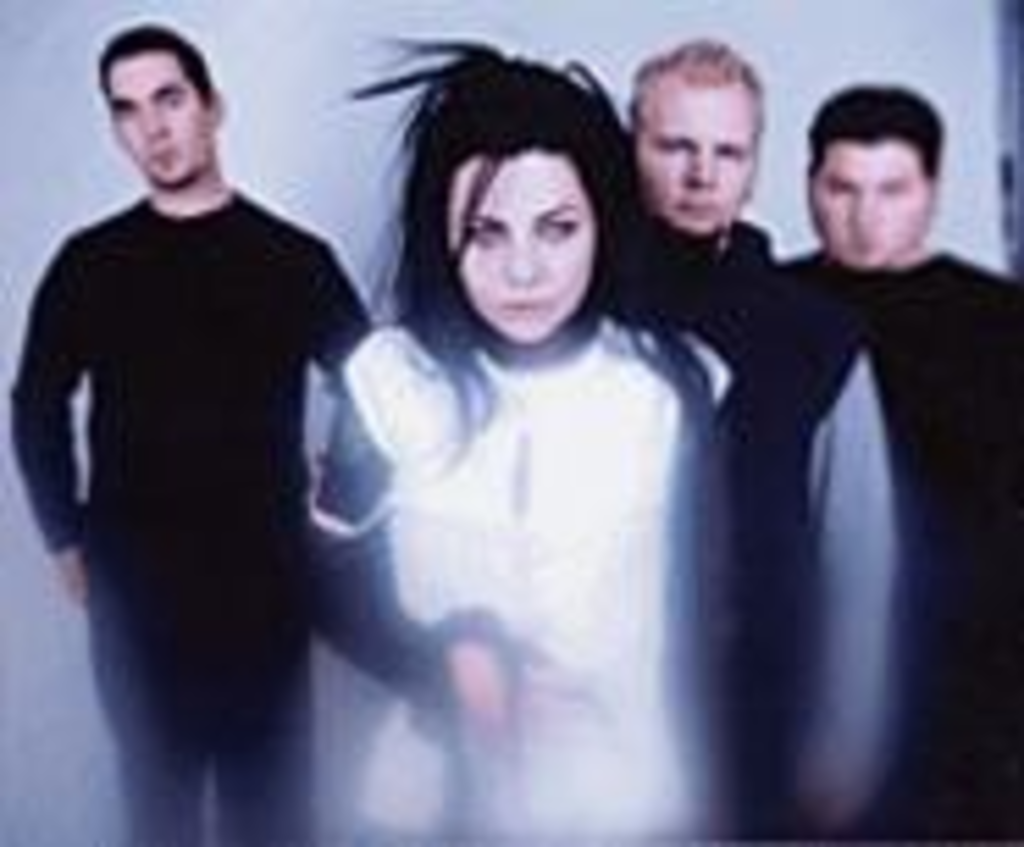 Evanesce is a verb that means to dissipate like vapor. Evanescence is a four-piece alt-goth unit that shows real staying power. Originally mislabeled a Christian act, the band is converting massive flocks of followers. Led by frontbabe Amy Lee, the Little Rock, Arkansas, outfit’s sophomore full-length, Fallen, was recently certified double platinum — no mean feat in an era when rock bands regularly battle punky poster boys and B-girl pinups for mainstream recognition. Evanescence’s breakout single, “Bring Me to Life,” showcases the group’s propensity for melodrama — its lushly futuristic backdrops could serve as the soundtrack for a modern-day Hitchcock thriller, and Lee banshee-wails her way through the fog like a black-mascara-donning diva. In concert, these elements jell perfectly — the group balances its theatrical tendencies with heaps of old-school rock histrionics.