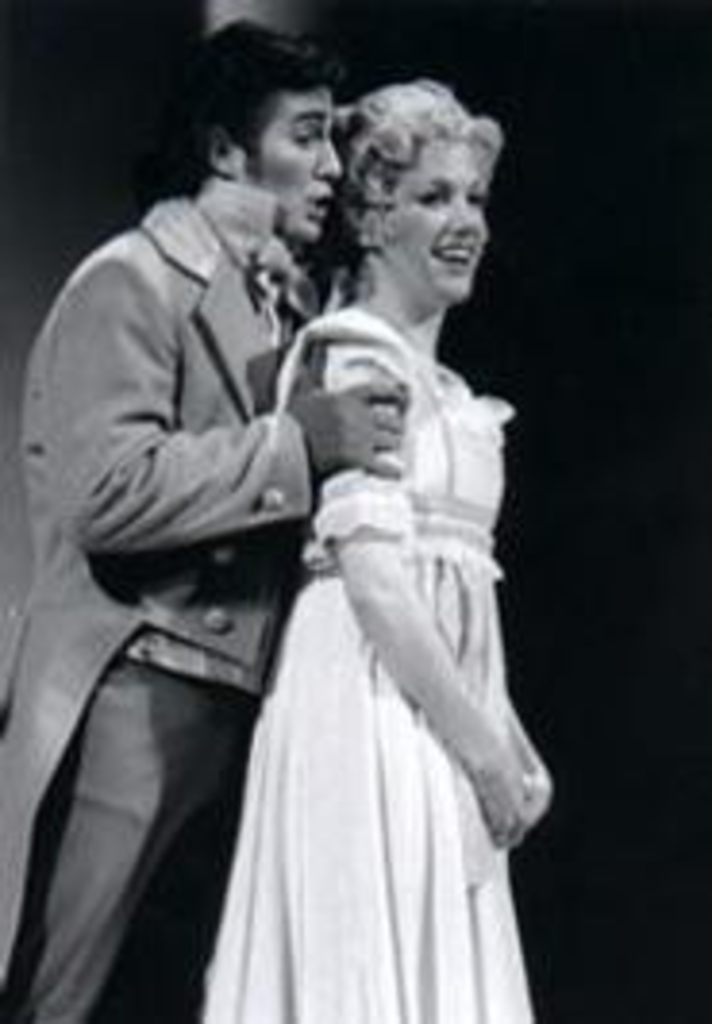 There is something so delicately tuneful about the music of Tchaikovsky that critics frequently dismiss his entire body of work as pandering, unsophisticated tripe. This never deters audiences from connecting with the Russian composer’s music, however, and even the most demeaning of his critics begrudgingly admit that Tchaikovsky’s Eugene Onegin is a truly great opera. It was, therefore, not surprising that Kansas City’s Lyric Opera chose this piece as its first-ever performance in the Russian language.

Relying upon dreamy romanticism for its prime emotion, Eugene Onegin is the most accessible Russian opera ever written. Tchaikovsky’s mastery of melody is everywhere apparent, and most of the tunes are lyrical and instantly memorable. The Lyric’s presentation of the work was sadly nonchalant, however, greatly decreasing the music’s impact.

The most disappointing aspect of the performance was the work by the accompanying orchestra. Taut and precise during the Lyric’s past few productions, the musicians took a laconic, uninspired approach to Tchaikovsky’s breathlessly romantic score. The results were less than impressive, often creating jarring, torpid sections where the strings and woodwinds were not on the same page. The performance tightened up toward the end, but the damage had already been done.

If anyone had a right to be a little overwhelmed by the material, it was the chorus. Having survived on an entirely English repertoire for years, it has only recently expanded into Italian. The chorus did passably well with its first foray into Russian, and its large production number during the first act was a true crowd-pleaser. Set designer Wes McBride’s beautiful rendition of the Russian countryside was seamlessly incorporated into a jaunty dance number.

The production’s shining light was Karen Driscoll, who brought a delicately beautiful voice and dramatic intensity to the role of Tatyana. In the work’s first act, Tatyana proclaims her undying love for the rakish Onegin, only to be spurned. Driscoll’s singing of the all-important letter scene, in which the young woman pours out her feelings in a daring letter, was exquisitely sung and acted. Her response when the uncaring Onegin told her that she lacked class and maturity was truly heartbreaking.

Baritone Jeff Mattsey, whose acting skills hardly matched those of Driscoll, voiced Onegin. Although his vocal talents were impressive, Mattsey never really presented any true motivation for Onegin’s behavior. His duel with his friend Lensky, therefore, seemed completely unreasonable, as did his response when Tatyana spurned him at the end of the work. Compounding this fault was the lack of chemistry between the two leads. It was hard to imagine what the luxurious Tatyana could see in a wooden martinet such as Onegin.

Most of the supporting roles were adequately performed, although a couple of the singers seemed to have trouble with the difficult diction of the Russian lyrics. Daniele LeBlanc was playful and coquettish as Olga, and her voice was a perfect match for her personality. George Dyer, as the poet Lensky, showed quality range. The second act was almost stolen by the menacing charm of Peter Volpe’s bass.

Several excellent productions in a row have raised the stakes for the Lyric Opera. The company finally seems ready to establish itself as an artistically viable source of opera in the Midwest. Although Eugene Onegin was not an embarrassment, it felt more like the older, less vibrant company of two years ago.