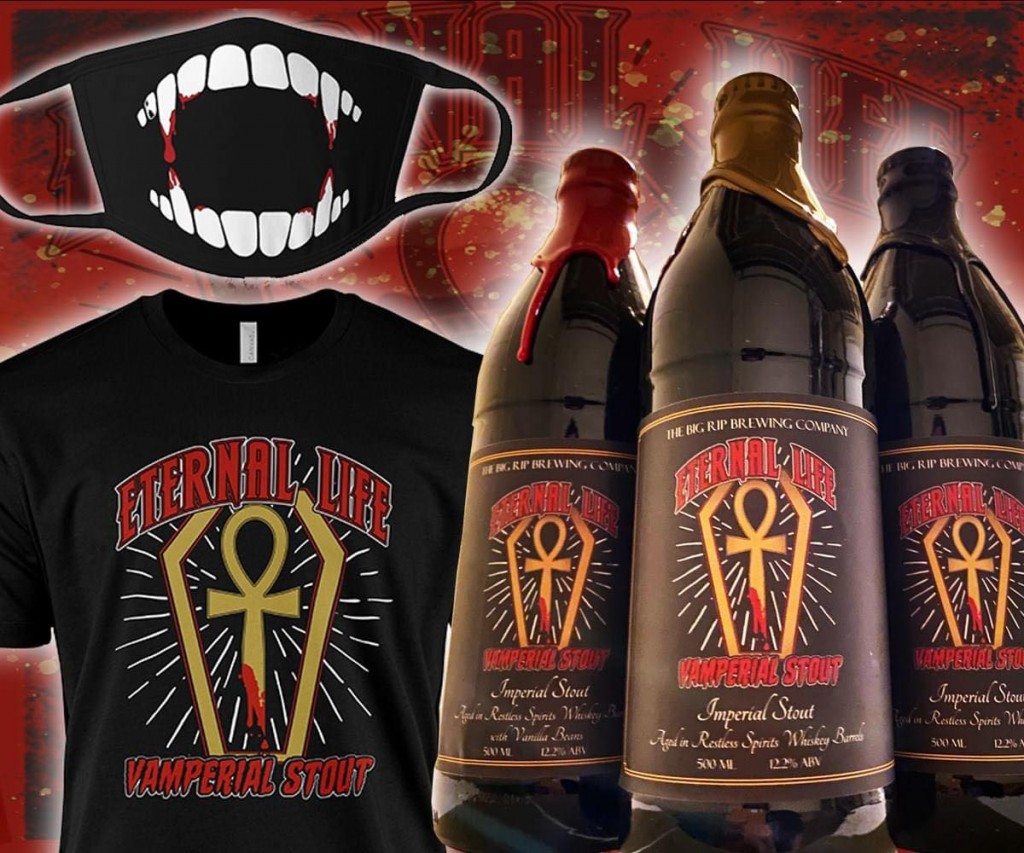 Entombed for the last six months in a cask with hints of bourbon and whiskey, a bloodthirsty beer has been brewing. But this masterful drink, created by Big Rip Master Brewer Bri Burrows, is no pain in the neck.

Inspired by the 1983 David Bowie movie The Hunger, which centers on an intense love triangle between two vampires and their mortal muse, Eternal Life is a ravishingly tasty beverage. The beer is an Imperial Stout, which unlike most beers, actually gets better with time and aging. As such, it is the perfect beverage for the undead to consume in between their long slumbers and sanguine serial killing. 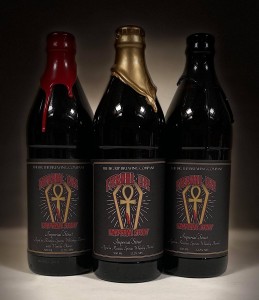 The stout, which officially releases on September 12th, is available in three varieties, Red, Black and Gold. Each of these varieties are indicated by colored wax coverings on the bottles, which keeps them sealed tight and preserves the flavor. Black is the smoothest, red features vanilla beans, and gold holds the greatest resonance of the whisky and bourbon from the barrels it was aged in.

Each of them are, what we in the business called ‘spirit-forward’—meaning you can certainly taste the alcohol. At 12.2%, the whiskey and bourbon tones are strong but are complemented by plum, cherry, and date flavors, as well as hints of chocolate and coffee.

The release party will be at the Big Rip Brewery, a horror-themed Brewery in North Kansas City, owned by Carl Hinchey, Bri Burrows and Shawn Nelson. There will also be vampire themed masks designed by Commander Brand and an open farmers market hosted by Roots for Refugees, a local charity.

Make sure to grab Eternal Life before it slips through your grasp.