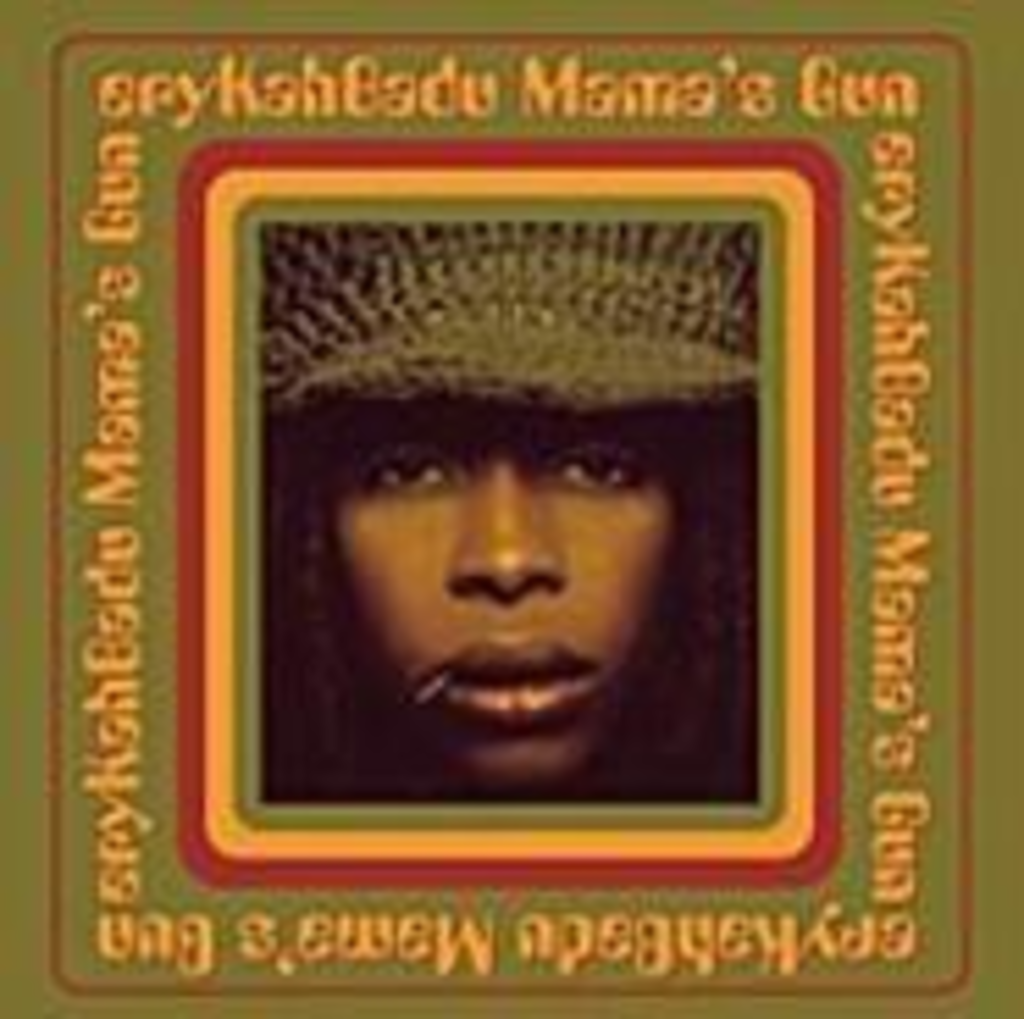 Erykah Badu has never suffered from low self-esteem. She burst on the scene in 1997 with her critically acclaimed debut, Baduizm, then released one of the best live soul albums ever, virtually proclaiming herself as one of the hottest writers and vocalists of our times. Ain’t a damn thing changed, as she proves with these lines from “Cleva,” a track from Mama’s Gun, her latest record: This is how I look without makeup/And with no bra my ninnies sag/down low/My hair ain’t never hung down/to my shoulders/and it might not grow/Ya never know/But I’m clever when I bust a rhyme. Cocky, yes, but not that far from the truth. Don’t get it twisted, sista still has some work to do before her talent matches her lofty assertions. But Mama’s Gun, a complex blend of swing, Afro-funk and soul, indicates that she continues to head down the right path.

Badu’s distinguished drowsy drawl seduces like a snake charmer. Badu is often compared to Billie Holiday, but her vocal delivery, phrasing and attitude are more closely matched with Fontella Bass, a St. Louis native best known for the minor hit “Rescue Me.”

Still, at some point, comparisons fail because Badu sets herself apart with her improvisational style. Badu fills the gaps in the music with whispers, moans, mumbles, scats and coughs. She also allows silent moments that let the musicians complete her thoughts. The compositions drift, shift, start, stop and change direction, offering Badu plenty of room to explore vocally and, on occasion, get lost in the groove.

Lyrically, Badu moves from simple (Bag lady, you gon’ miss your bus/You can’t hurry up ’cause you got too much stuff) to outrageously quirky (My eyes are green/’Cause I eat a lot of vegetables). She’s at her best when she’s downright sassy, boasting Your booty might be bigga/But I still can/pull your nigga/But I don’t want him. And she’s at her worst on the pretentious ode to mental rebirth, “A.D. 2000,” and on “In Love With You,” a sappy duet with Stephen Marley.

As indicated by these misfires, Badu falls a bit short in her ambitious attempt to create her own brand of soul. However, she still packed enough heat to deliver one of 2000’s highest-caliber albums.