Erin Zona, artist and teacher, applauds activism, reconsiders her fixer-upper and asks for a mom-and-pop joke shop in The Pitch‘s Questionnaire 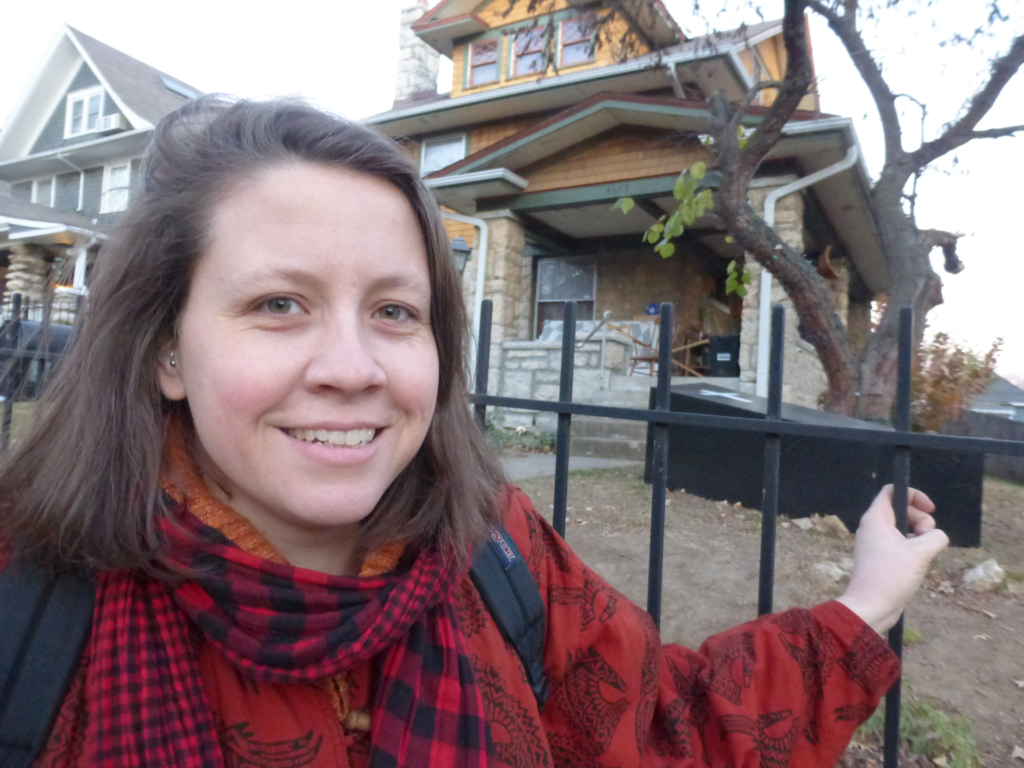 What I do (in 140 characters or less): I am a lecturer in the printmaking department at the Kansas City Art Institute, and I run my own education-based print shop called the Zz School.

What’s on your KC postcard? One of our city’s greatest treasures is the Gay and Lesbian Archive of Mid-America (GLAMA) at the University of Missouri–Kansas City. My postcard would be a photograph of the artifact/document/sculpture/artist’s book titled Gays Changing Times, created by Phyllis Shafer, the mother of Kansas City gay-rights activist Drew Shafer. In honor of her son’s work and identity, for decades she collected every gay-related news article she came across and assembled them into the pages of two giant wallpaper-sample books. It is an incredible display of love, devotion and the passage of time. We have Stuart Hinds, assistant dean for special collections and archives at UMKC, partly to thank for GLAMA, and so I would probably put his face on a postcard, too, just for fun.

Finish these sentences: “Kansas City got it right when …” The Kansas City Central Library moved into the former First National Bank building.

“Kansas City screwed up when …” The three Nelle Peters apartment buildings near the Plaza were demolished earlier this year.

“Kansas City needs …” A mom-and-pop joke shop. You know, a place where I could go and buy some sunglasses and an exploding cigar.

“As a kid, I wanted to be …” An archaeologist. When I was in my 20s, I wanted to be a special-collections librarian. The great thing about being an artist is that all of my interests are integrated into my work through research. For right now, at least, I am exactly who I want to be!

“In five years …” I’ll be 41. I always hoped my 40s through my 50s would be my prime professionally. This question reminds me: I need get to work.

“I’ve been known to binge-watch …” The 1988 TV miniseries The Men Who Killed Kennedy. I also like TV documentaries about Henry VIII of England and archaeology.

“I can’t stop listening to …” The song “Stand Back” by Stevie Nicks.

“My dream concert lineup is …” First the Ramones would play, and then Sonic Youth, but they would only play the songs that Kim Gordon sings.

“I just read …” Excluded From Suffrage History: Matilda Joslyn Gage, Nineteenth Century American Feminist. She was central to the suffrage movement, having co-written History of Woman Suffrage with Susan B. Anthony and Elizabeth Cady Stanton, but her ideologies were far more radical, so she is omitted from mainstream history books.

What’s your hidden talent? I drive a stick shift.

What’s your guiltiest pleasure? Organizing a bag of M&Ms by color and then eating them in color-wheel order, starting with red and ending with brown

The best advice I ever got: My grandmother gave me some really good relationship advice: “Marry someone smarter than you, and they should think you’re smarter.”

My sidekick? I have a pink-nosed pitbull mix. His name is Bongi Perez, and he is very handsome.

What is your spirit animal? Elephant

Who is your hero? Women in history who have rejected the oppressive expectations of “the female” within their time. Three prominent examples for me personally are Valerie Solanas, Queen Elizabeth I and Buffy the vampire slayer.

Who is your nemesis? People who don’t understand the way pedestrian crosswalks are supposed to work.

What’s your greatest struggle right now? In 2014 my partner and I bought a “fixer-upper” in south Hyde Park. Next month, my to-do list includes a new kitchen floor, window replacements and tons of molding repair. It was fun at first, but now it feels more like a struggle.

My brush with fame: True story: When I was 12, I thought I saw a leprechaun, but it turned out to be two trash bags.

My soapbox: Through art, education and opportunity, I’m just trying to empower everyone I like, love and respect.

What was the last thing you had to apologize for? Working too much

My recent triumph: I feel comfortable using a table saw.