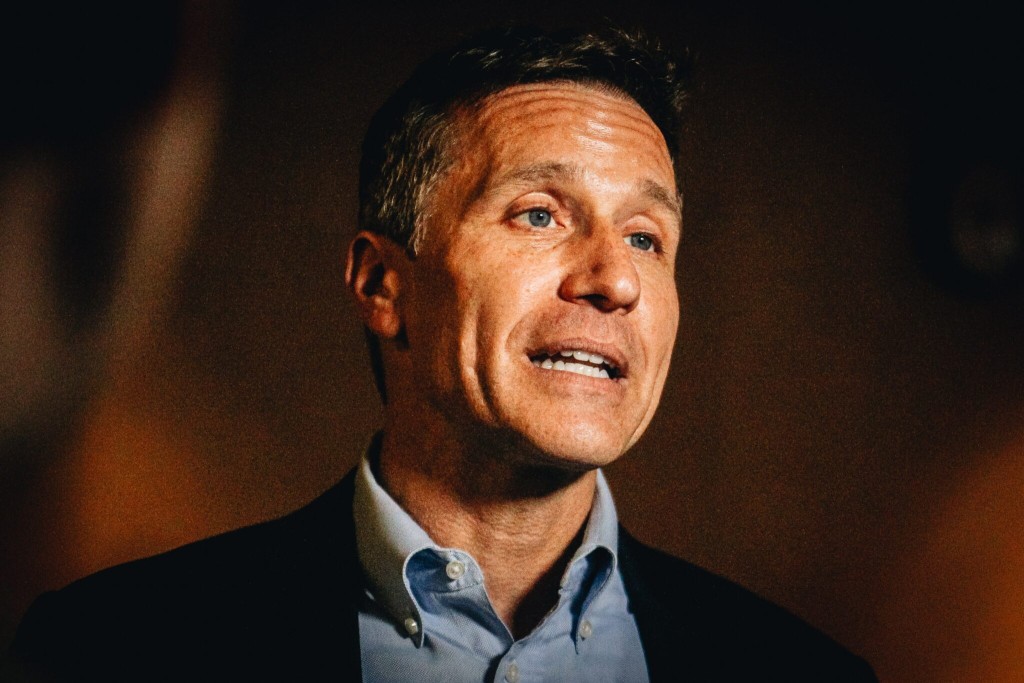 An effort to get former Gov. Eric Greitens on the record about allegations of child and spousal abuse before a public trial next week may not succeed.

Greitens is in a dispute with his former wife, Sheena Greitens, over jurisdiction of their child custody arrangement. She wants it moved to Texas, where she lives now, and he wants it to remain in Boone County, where their divorce was filed in 2020.

Sheena Greitens’ attorney, Helen Wade, on Tuesday filed a notice that she intended to take a sworn deposition from Eric Greitens, which would have been the first time he has testified under oath about anything since he was elected governor in 2016.

In response, Eric Greitens’ attorney, Gary Stamper, filed objections with the court, citing conflicts in two other cases for the July 13 deposition date. One conflict is a trial in a divorce case, before the same judge and with Wade as opposing counsel, scheduled to begin an hour before the deposition time.

Wade set the deposition time and date without an agreement from Stamper that he and his client would be available at that time, Stamper wrote in a filing with the court on Wednesday.

The Greitens case “ is no more important than any other case,” Stamper wrote in his objections.

Because of the conflict, “good cause exists” for an order to protect Stamper’s clients “from undue burden occasioned by Petitioner’s counsel personal preferences.”

Wade could not be reached for comment on Stamper’s objections.

The case is set for a July 15 trial before Associate Circuit Judge Leslie Schneider. Wade has said she intends to put Eric Greitens on the witness stand.

Sheena Greitens has made two sworn statements to the court alleging her ex-husband engaged in physical and psychological abuse in 2018 and that she had photos and other documents to prove it.

In response, Greitens has accused his former wife of lying and being manipulated by his Republican enemies who want to defeat him in the Aug. 2 Senate primary.

In June, Sheena Greitens gave an interview to The Independent and provided emails showing her concerns about actual and threatened violence during 2018, before and immediately after allegations of sexual misconduct and campaign finance violations forced his resignation as governor.

Sheena Greitens said she agreed to the interview, and to release the emails, because of threats she received after his Senate campaign published a video depicting him toting a gun and hunting his political opponents.