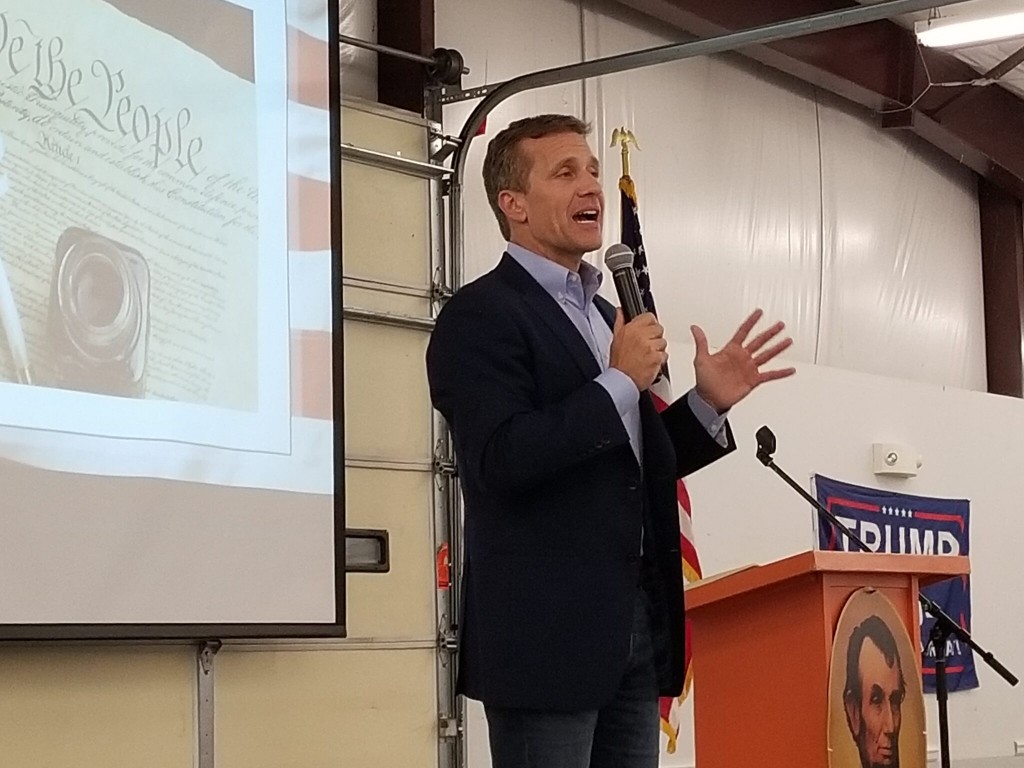 A Washington, D.C., campaign finance watchdog has filed a complaint with the Federal Elections Commission against former Missouri Gov. Eric Greitens alleging he improperly spent more than $100,000 on his U.S. Senate campaign.

The complaint, filed Thursday by Campaign Legal Center, contends that Greitens has been illegally using leftover money from his gubernatorial campaign committee to subsidize his Senate campaign.

“While Greitens’ 2022 Senate campaign may only accept contributions of up to $2,900 per individual and, importantly, cannot receive corporate funds, his gubernatorial campaign raised dozens of contributions far exceeding that amount — some as much as $100,000 and above,” Brendan Fischer, director of federal reform for Campaign Legal Center, said in a press release. “Senate candidates cannot quietly finance their campaign with six-figure and corporate contributions.”

In an emailed statement, Greitens’ campaign denied any wrongdoing.

“Eric Greitens has been under attack by radical liberals for years. Funds from the state campaign were used for compliance and to defend against attacks,” the campaign’s statement said. “No gubernatorial campaign funds were used for the Senate campaign and these ludicrous allegations from a radical, Soros-funded, left-wing D.C. activist group have no basis in reality.”

In June 2018, Greitens resigned from office amid accusations of violent sexual misconduct, stealing from veterans charity and illegal campaign activity.

He was also facing almost certain impeachment by the Republican-dominated General Assembly.

Nearly two years after he resigned, the Missouri Ethics Commission fined his gubernatorial campaign $178,000 — considered a record fine at the time — for failing to report spending by a federal PAC and a political nonprofit as in-kind donations.

Greitens announced he would seek the GOP nomination for the seat of retiring U.S. Sen. Roy Blunt in March.

The list of scandals that forced Greitens from the Missouri Governor’s Office in 2018 is long and varied.

He was accused of abuse by a woman he had an affair with in 2015, including taping her hands to pull-up rings in his basement, blindfolding her, spitting water into her mouth, ripping open her shirt, pulling down her pants and taking a photo without her consent.

He was also accused of stealing a donor list from a veteran’s charity he founded in order to boost his political career — a felony charge that was dropped as part of a plea deal that stipulated prosecutors had “sufficient evidence” to bring his case to trial.