Eric ‘Bobo’ Correa on his time with Cypress Hill, the Beastie Boys, and touring with Slipknot 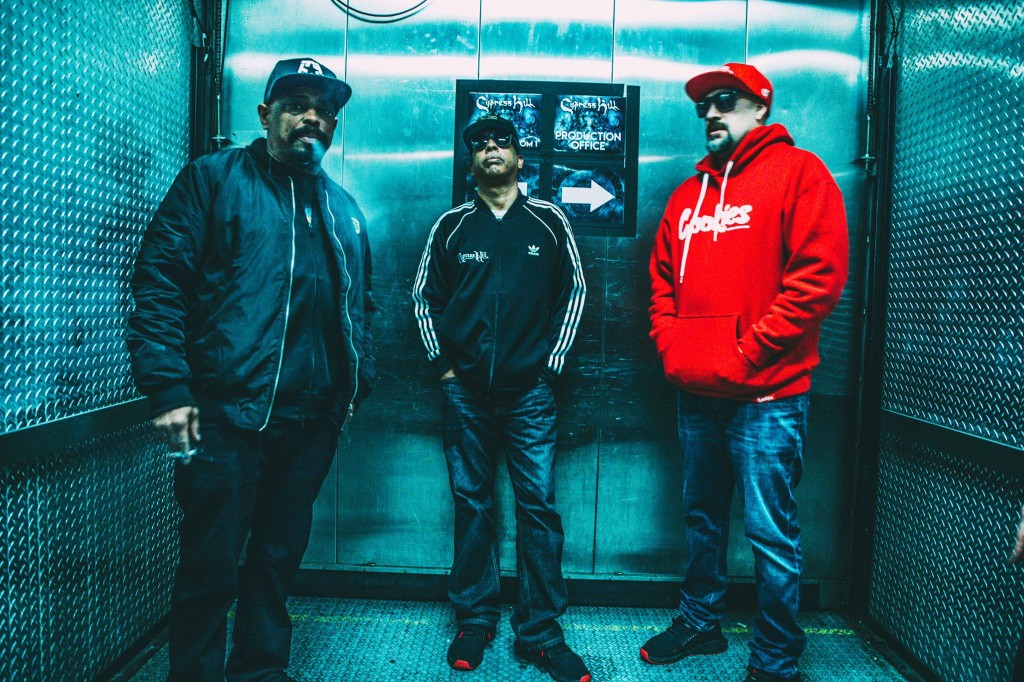 Hip-hop act Cypress Hill has been making records for well over thirty years now, from their double-platinum 1991 self-titled debut to last year’s Back in Black.

While the lineup has shifted over the decades, one of the stalwarts of the group since 1994 has been percussionist Eric “Bobo” Correa. Bobo has not only provided rhythms for Cypress Hill but, for a time, did double-duty with the Latino hip-hop stars and the Beastie Boys.

It’s a storied career, and we were happy to hop on the phone with Bobo on a day off in Cincinnati earlier this week about Cypress Hill, their current tour with heavy metal act Slipknot, and his overall career.

The Pitch: How’s the tour going so far?

Eric “Bobo” Correa: It’s been a blast with Slipknot, even though that you know, we don’t have Sen [Dogg, Cypress Hill MC] with us cause he’s dealing with some medical issues, but the tour has been great. The fans have been great. Everything has been really, really good and we’re halfway through.

Given your time in both Cypress Hill and the Beastie Boys, one has to imagine that you’ve played a lot of very diverse bills over the years. What’s it like, playing this particular tour with a very strong metal band versus some of the other interesting bills you’ve played in the past?

Even though you might not think that a group like ours would be able to perform well in this kind of genre, we’ve done festivals that have been real heavy, heavy metal festivals and us being the only hip hop act–and also, the Beasties, as well–being able to cross over and transcend the different genres? Not very many hip hop groups can do that. It’s great to be able to be on a bill that we can perform in front of people that probably have not seen us play before live because maybe they wouldn’t go to an all hip hop show.

I think it’s great because they can see the diversity in the band and they can say like, “Wow, you know, they really rock.” It’s a challenge but it’s not a challenge that we haven’t met before. It’s always good to be able to play in front of people that may have heard of us, but haven’t seen us before and then able to win them over and say like, “Wow, these guys do really rock!”

Have you, as a percussionist, had any interesting discussions with Shawn Crahan, aka Clown from Slipknot about the interesting things he uses onstage?

We haven’t gotten around to that, but yesterday I was just talking a little bit with Jay [Weinberg, Slipknot drummer] about stuff like that. It’s cool the way that they use percussion, you know, because again, that isn’t really the norm in such a heavy metal group–to have percussionists and they use it in a different way. It’s interesting, how it was done and makes the sound very, very, very heavy.

Shawn is definitely a dope player. And Jay–coming from his background with his dad playing with Bruce Springsteen and him being around different genres of music too–it’s kinda cool when you can bring all those elements together and you can rock out really. It’s definitely dope. I really enjoyed the way that they use percussion to add to that heaviness and that heavy bottom.

Do you and Jay have a lot in common, with you both having fathers who were also percussionists and fairly notable in their respective genres?

I mean, it is definitely cool. We definitely have a bunch to be able to talk about, growing up around this–how we’re able to adapt what we’ve learned throughout the years to what we’re doing now. I mean, my background was always on the Latin jazz tip, so definitely not quite as heavy as any alternative or rock kind of thing. Even my time with the Beasties Boys, being able to perform that real heavy stuff, it’s just being the student of the music and really loving it, and just knowing how to address what I know into something that interests me. I’ve always been a fan of rock music and some of the heavier groups. I’ve always kept my ear open. I think that’s been an advantage. I think that’s an advantage to Jay, as well.

Speaking of heavy rock, the name of the new Cypress Hill album is Back in Black. That takes some guts to title an album the same as such a massive hit as AC/DC’s record was. Is there a little fear when you realize that you’re putting out an album that has that shares a name with something like Back in Black?

You know, I don’t think that there was any fear. I think that it was more of an homage to that, as well as working with Black Milk, who produced the record. We’ve always had an affinity toward the industry and the look of rock and everything. I mean, AC/DC’s Back in Black was the first rock album I ever bought as a kid so to me, it’s kinda cool to be able to share that name.

There’ve been people that were like, “Wow, you know that’s pretty ballsy to call your album that.” It’s almost like AC/DC patented that album title, you know what I mean? Because that album was so massive and is still one of the greatest rock albums ever. like to take it more that it was a little bit of an homage to them and also to highlight the fact that Black Milk was producing us. We’ve always had an affinity for dark imagery and dark music at times, so I think it fits us. I don’t know if it would fit another hip-hop group as well as if it’s us.

Cypress Hill plays Azura Amphitheater with Slipknot and Ho99o9 as part of the Knotfest Roadshow on Tuesday, June 7. Details on that show here.