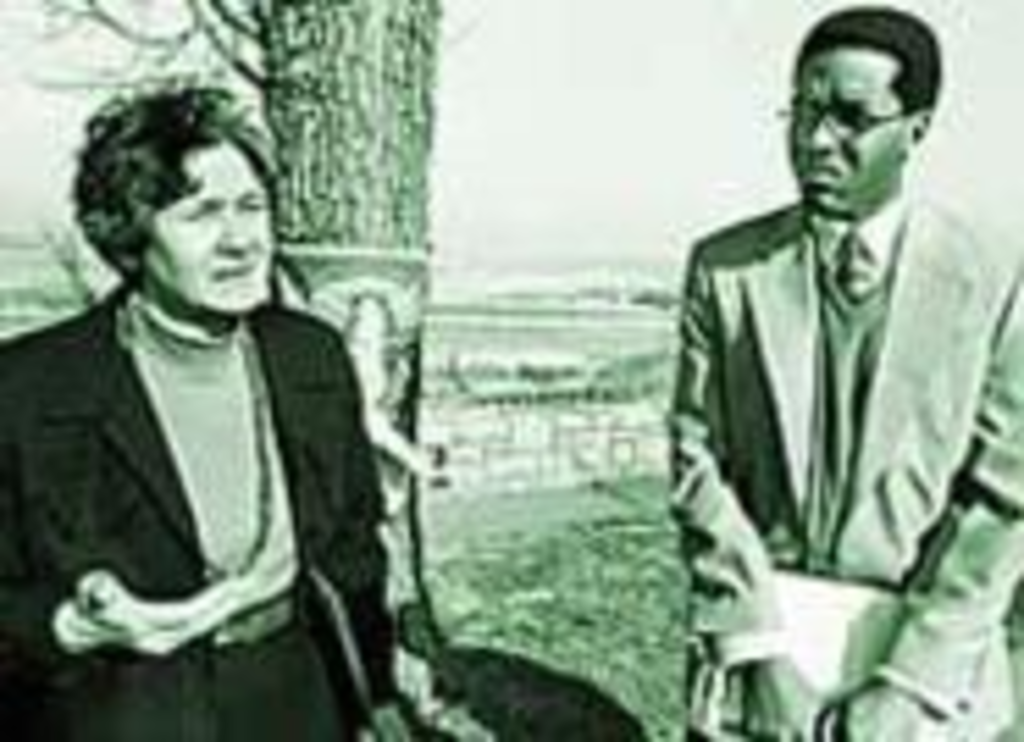 Republicans are anti-environment and Democrats are pro-environment. That is the rhetoric heard in political campaigns everywhere. And with the publication of the League of Conservation Voters environmental scorecard, released last week by the Sierra Club, those lines have become even clearer.

The scorecard assigns a percentage to each member of Congress based on his or her votes on environmental issues. Ratings range from 100 percent, which indicates the strongest voting record on environment, to zero percent, which shows that congressperson consistently voted against environmental issues. In Kansas, Sen. Pat Roberts (R) scored zero percent, Sen. Sam Brownback (R) received a rating of 33 percent, and Rep. Dennis Moore (D) earned an 81 percent. Members from Missouri fared worse, with both Sens. John Ashcroft (R) and Kit Bond (D) receiving zero percent, with Rep. Pat Danner (D) scoring 31 percent and Rep. Karen McCarthy (D) earning 81 percent. According to the scorecard, the environmental average in the House was 46 percent, while the Senate rated 41 percent.

The league gathers 24 different environmental and conservation groups to determine which issues will be included on the scorecard. In the first session of the 106th Congress saw 16 votes from the House of Representative and nine votes from the Senate on issues ranging from mining wastes, fuel efficiency and research, anti-environmental riders to wildlife and fisheries management.

Elaine Giessel, a spokesperson for the Kansas Chapter of the Sierra Club, sees the ozone problems Kansas City develops during the summer months and water pollution from the hog farms as two local issues that need solutions. “Most people think of themselves as people, not tree huggers,” Giessel said as she stood on Lewis & Clark Point at the corner of 7th and Pennsylvania presenting the scorecard. The corner has an historical marker noting that this was the place the explorers stopped on their way back from Oregon in 1806.

“Polls consistently show that the American people want stronger environmental protection,” Giessel said, “even if it comes with a cost. But we need to be dealing with the problems before stuff happens.”

Giessel was impressed with Moore’s and McCarthy’s ratings of 81 percent.

Congressman Dennis Moore, however, said in a phone interview that he pays little attention to these kind of group scorecards. “I look at the issues and vote the way I think is right,” he said. He explained that he doesn’t look to see how the LCV or any other group wants him to vote before he does.

Sen. Bond’s spokesman, Dan Hubbard, said, “Senator Bond has secured continued funding increases for clean water programs for the EPA. How can this group question his concern for our environment?”

In a statement, Roy Hengerson, environmental policy director with the Missouri Coalition for the Environment, slammed the two senators from Missouri, saying, “Missouri Senators John Ashcroft and Kit Bond also show no interest in environmental protection, both scoring zero percent in the LCV tally. Missouri citizens deserve better representation in the Senate.”

The LCV is the only full-time environmental organization working to inform the public of congressional voting records concerning these issues. Since 1970, the group has released a scorecard every year. However, when asked if the issues were always this partisan, president Deb Callahan discovered some interesting numbers. “We did an analysis back to 1979 to look at the numbers. To determine if there was a trend change, we decided to look at the number of zero percents we had in the past. This was just the Senate,” Callahan said.

“Even through the Reagan years, when you had James Watt and Ann Burford, two high government officials who were fighting environment laws, the numbers stayed low in the Senate,” Callahan said. It was the “revolution” that politicized the environment, according to Callahan.

“1994 was a watershed year,” Callahan asserted, noting there are still congresspeople who are receptive to environmental arguments, including Sam Brownback.

“We were proud of that. We are reaching out to Republicans,” she said.

All of the Senate leaders received zeros. “Trent Lott is very hostile. The House leaders, Dick Armey and Tom Delay combined, received 4…. There are Republicans who break from leadership. I give a lot of credit to those who do,” Callahan said.

If, as the LCV argues, the public is interested in environmental issues, why do they keep re-electing those who vote against such issues?

“Polls indicate the public tends to believe (their congresspeople) are voting pro-environment. When you tell them they are really voting against the environment, those become the number one and two reasons those congresspeople are voted against,” Callahan said.

The LCV will publish its “Dirty Dozen” list in the spring naming the 12 congresspeople who have the worst environmental voting records.