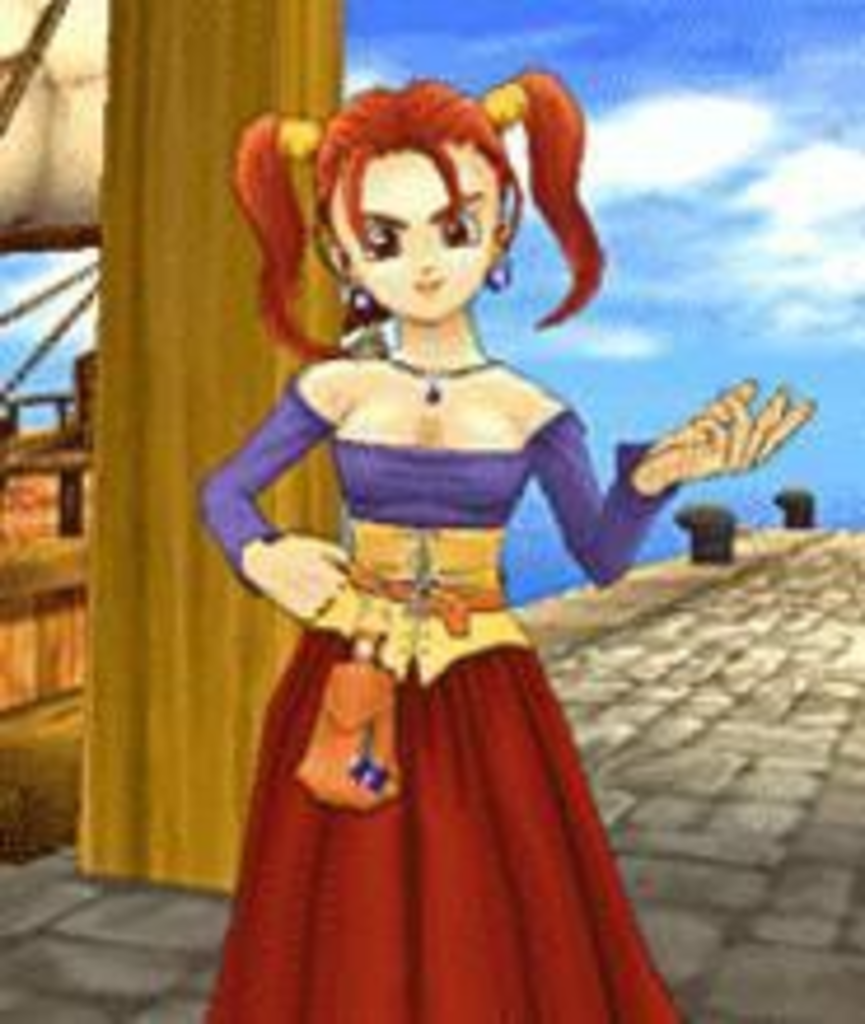 There’s an oft-repeated urban legend about Dragon Quest‘s popularity in Japan: So many gamers ditched school and work to play that the government decreed that future releases had to take place on weekends.

In reality, there’s no such law, but as with most myths, the message rings true, even if the details don’t. Dragon Quest is indeed huge in Japan, and it’s easy to see why: The games are a nice blend of classic role-playing game mechanics and lighthearted tone that befits a romp through a fairy tale.

But DQ never really took off in the States, ignored in favor of Final Fantasy, the series’ prettier, ditzy sister. Full of glitz, glam, and CG animation (not to mention fairly dumbed-down gameplay), Final Fantasy has beguiled Americans into leaving dumpy ol’ Dragon Quest on the shelves.

Dragon Quest VIII might change that. With all the classic gameplay that made the series great and new, gussied-up visuals, DQ8 is one of the best RPGs out of Japan in years.

At its heart, DQ8’s fundamentals aren’t much different from those of most RPGs: Kill monsters, collect gold, buy better weapons and armor, then save the princess/kingdom/world. What makes DQ8 stand out is its execution — the game is irresistibly charming. From the music to the art design to the game’s wry sense of humor, DQ8 does everything so well, the whole game feels surprisingly fresh.

Take DQ8’s visuals. While almost every other game on the market seems to draw inspiration from death-metal covers, DQ8 is a bright, colorful game that looks like manga brought to life. Rolling hills and forests stretch as far as the eye can see, dotted with quaint little towns ripped from a storybook. Any journey off the beaten path bears fruit, be it a treasure chest tucked behind bushes or an odd new monster to fight.

The art design really comes to life with the monsters, which are just as fanciful as the rest of the game. There are dapper-looking foxes that stand on their hind legs and fence with swords, and devils that perform little jigs that force your characters to dance along helplessly. After playing DQ8, going back to hunting hoary RPG standbys like orcs and giant spiders will feel about as novel as morning traffic.

This sort of cheekiness extends to the player’s own characters. A good example is the player’s spellcaster, Jessica. Like most videogame heroines, Jessica is rendered with outrageous cleavage, but DQ8 has fun with it: Eventually she earns the ability to blow kisses and sashay in a way that leaves monsters mesmerized with dopey grins on their faces.

Ultimately, there are very few aspects of DQ8 that could turn off gamers. Like older Dragon Quest titles, your progress can be saved only in towns, which raises the stakes for players venturing far from home — dying with 20,000 gold pieces is enough to make a grown man cry. And a few black-hearted gamers may find the game’s cheery, colorful world too childish for their tastes.

But those are minor quibbles in a game that, overall, succeeds on every level. With Dragon Quest VIII, America finally gets to see what Japanese gamers have known for years: With a game this good, you’d better be ready to call off work.