Producer Chris D. on the strange saga of Soulsuckers on Parade 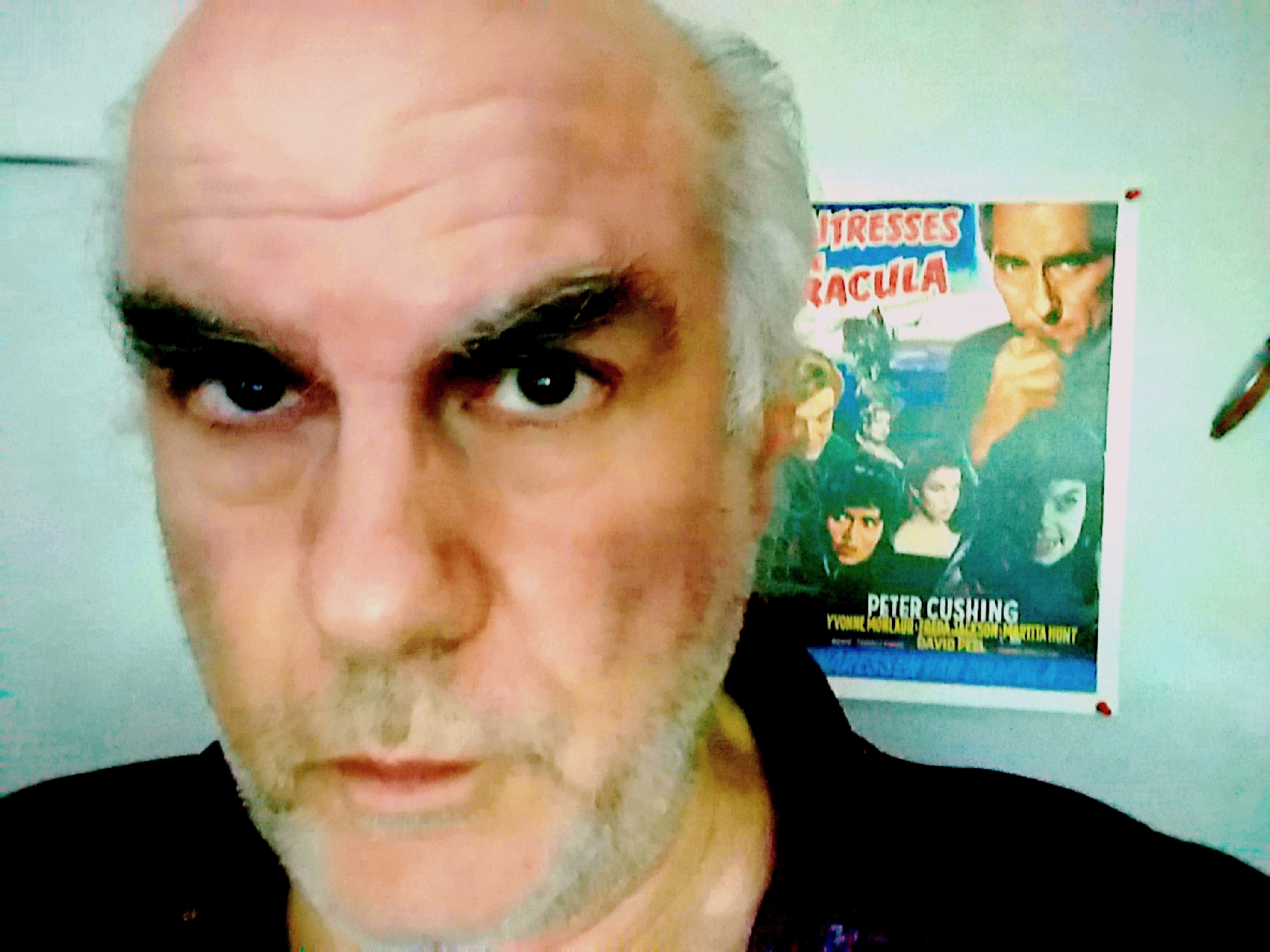 On Saturday, July 17, for the second of two Record Store Day drops, Minky Records releases Soulsuckers on Parade, a collection of recordings made in 1984 by Gun Club frontman Jeffrey Lee Pierce. The collection was supported by “an all-star unit comprising guitarist Dave Alvin, drummer Bill Bateman, and the late pianist Gene Taylor, then of the hot L.A. roots combo the Blasters, and bassist Jack Waterson of Green On Red; Chris D. (who also produced the date) and the Gun Club’s Kid Congo Powers guest on background vocals.”

While the LP features covers of songs by Willie Nelson, Big Joe Turner, and Creedence Clearwater Revival, the highlight is the improvised, stream-of-consciousness original, “Walkin’ Down the Street (Doin’ My Thing),” a 17 and a half minute long punk-blues mad jam. It’s astonishing that this has never before seen the light of day, so The Pitch reached out to producer and engineer Chris Desjardins (the man behind all three Flesh Eaters albums, as well as the Gun Club’s debut, Fire of Love) to find out the whole behind-the-scenes story of how it came to be.

“The LP was originally intended to be a session for this punk alternative rocker people doing country-inflected music for a compilation [Don’t Shoot],” says Desjardins. “The thing is, we were all imbibing that evening–everybody in the band, as well as I—and none of us were too intoxicated to function. Jeffrey got there late and he was three sheets to the wind, but he was in fine form and he felt comfortable around all of us, ’cause we were all friends and we got him. We got his sense of humor and he was in a good mood.”

Even still, the creation of the song still came as a sock to everyone in the room.

“It was offbeat stuff and the 17-minute long opus, ‘Walking Down the Street Doin’ My Thing,’ surprised all of us so much that I thought somehow this stuff would’ve eventually come out.,” Desjardins says. “I had kind of lobbied for it somehow to come out, you know, the various people that originally had the rights to put out the compilation, I can’t recall actually ever trying to convince them to put it out as a separate release. I was hoping somehow either Jeffrey or somebody would arrange it, but it just never happened.”

Until now, when Mike Minky acquired the rights to the song and released it on Soulsuckers on Parade.

“I’ve known Mike Minky, since my days at Slash Records when I worked there, ’cause he was one of the assistant accountants there,” says Desjardins. “Even though he’s a big music guy and went to all the old blues and roots rock clubs here in L.A. before I was ever going and he was all into the punk scene as well. He made his living as a CPA.”

Even though Minky has put albums together before Soulsuckers on Parade, the new album took a lot of time and care to put together. 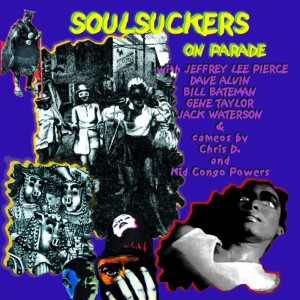 “He’s had a label off and on for the last 15 or 20 years and he’s put out things on occasion, working with Van Dyke Parks and worked with a band from Southeast Asia [Dengue Fever]. The Soulsuckers sessions, Mike had been talking about putting out since as long as 15 years ago. We go in and do a real mix on it because we only had two old cassette tapes that were rough mixes on the night we recorded it.”

The album and song reflect the friendship of the group and the creativity they had to compile the different songs.

“I think that record really captures the fun that we were all having doing it,” he says. “Jeffrey’s sense of humor was really infectious. And you know, we all continued to drink as the night went on. It’s my recollection that we started with the Willie Nelson song [‘Not Supposed to Be That Way”], because that was a song that he was ostensibly contributing to the country-punk compilation. We did two takes on that, both of which are on the Soulsuckers record, and then we did ‘Walking Down the Street Doin’ My Thing,’ which he taught to the guys in the studio.”

The song was mostly performed on the spot in the studio. Improvisation in the songs, as you’ll hear, is high.

“To my knowledge, he hadn’t shown those guys the music or the song before coming in there,” Desjardins says. “I don’t remember if he had the lyrics written out or if he just remembered them extemporaneously. As you see in the two Willie Nelson versions, he started improvising lyrics that Willie Nelson did not write in that song. He had been reading a lot of William Burroughs, so he’s inserting William Burroughs type imagery from Naked Lunch and other kinds of surreal things he’d been reading—stream of consciousness stuff—and as the evening more on, we wanted to keep playing music and Jeffrey wanted to do ‘Shake, Rattle, and Roll,’ and I ended up singing lead vocals with him. Jeffrey was just basically singing ‘Shake, rattle, and roll,’ over and over, and then I was improvising scat-type jazz and blues singing. I was just drunk enough to kind of make it work a little bit, then Kid was in there for that song and was doing a “ba-ba-ba-ba-baby,” real low, low voice. You can hear him a few times.”

Recording continued until the group was too imbibed to remember lyrics.

“After that, we still hadn’t had enough. We did “Bad Moon Rising,” which neither Jeffrey or I could remember the lyrics and we were both singing lead vocal on that. And then I think we ran out of tape. We were all set to get to the point where we were too inebriated to continue,” he says.

Making music while drunk doesn’t always work well, but in the case of Soulsuckers on Parade, they made something truly special.

“It’s so entertaining. I mean, usually, when people record when they’re that drunk, they’re not really entertaining,” Desjardins says. “Believe me: I used to see Jeff perform with the Gun Club when he was really drunk and there were times where he shouldn’t have been on stage, in my opinion, but here he was just on, you know? He was switched on and he remembered enough stuff and he was coming up with enough improvised stuff that was really genuinely funny.”

Soulsuckers on Parade is out from Minky Records Saturday, July 17, for this year’s second Record Store Day drop.