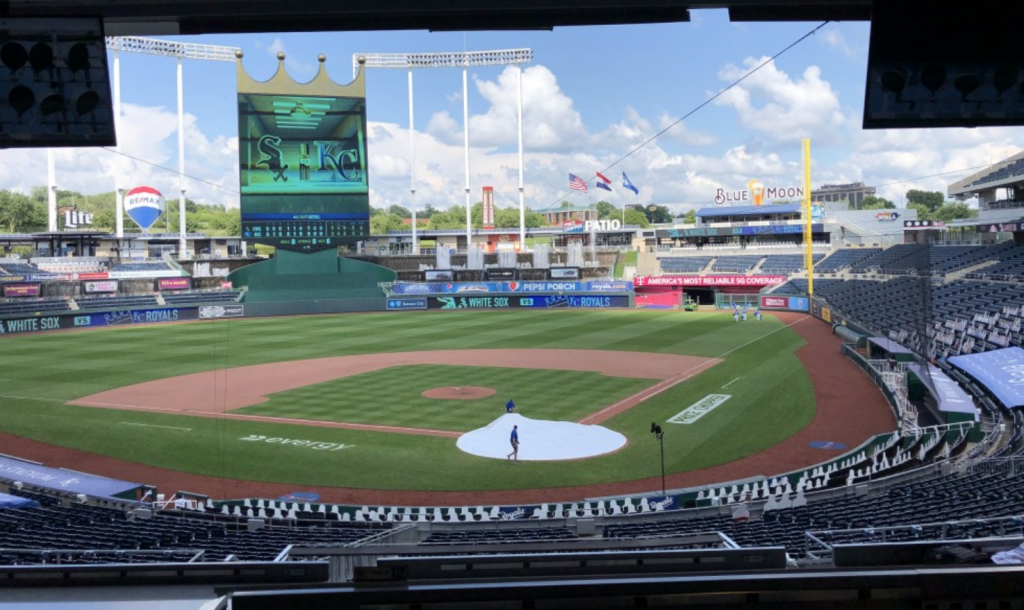 One of the best left fielders in MLB will be hanging up the Gold Glove. The Kansas City Royals announced that Alex Gordon will be retiring following Sunday’s game against the Detroit Tigers.

Selected second in the 2005 MLB Draft out of the University of Nebraska-Lincoln, Gordon had a rocky start to his major league career. 2007 saw him called up to the Royals roster, where he struggled to hit and made multiple errors as a third baseman.

After 14 years of hard work and dedication to the #Royals, Alex Gordon is retiring from baseball.

Thank you for always giving it your all, Gordo.#4EverRoyal pic.twitter.com/S5A0Y7ASFq

It wasn’t until the switch to left field in 2010 where his career would pick up. He won seven Gold Gloves and earned three All-Star nominations from 2011-2019.

His biggest and most memorable moment came during Game 1 of the 2015 World Series. Down 4-3 with one out in the bottom of the ninth, his swing off a quick-pitch fastball from New York Mets closer Jeurys Familia went beyond the center-field wall to tie the game. The Royals eventually won that game in 14 innings and later won the World Series in five games.

Gordon joins George Brett and Frank White as the only position players to play at least 14 seasons in Kansas City. Both Brett and White have had their number retired by the Royals.

Gordon is the all-time leader in Royals franchise history for leadoff home runs and hit-by-pitches. He’s third in walks, fourth in home runs, fifth in doubles, and sixth in games played, at-bats, hits, RBIs, and runs.

No one fits #AlwaysRoyal better than Gordon and his highlight-reel outfield catches will be missed and cherished by all. He deserved better than a 60-game final season with no fans.

More than anyone else, Alex Gordon personified the Royals' climb from punchline to parade.

When it's built, the statue should be him rounding first base, pointing to the sky, after hitting Familia's quick-pitch sinker over the centerfield wall.

If you guys only knew how much this man means to this organization. What a career. Selfishly, this one really hurts. Gonna miss you locker mate. Enjoy this next chapter. Love you always my brother. Time to build the statue! #fourever

Congrats on an unbelievable career man! It’s been an honor to be able to play with you! Words can’t describe how much you mean to all of us in that locker room! You’ll be missed man! Enjoy retirement! #buildthestatue