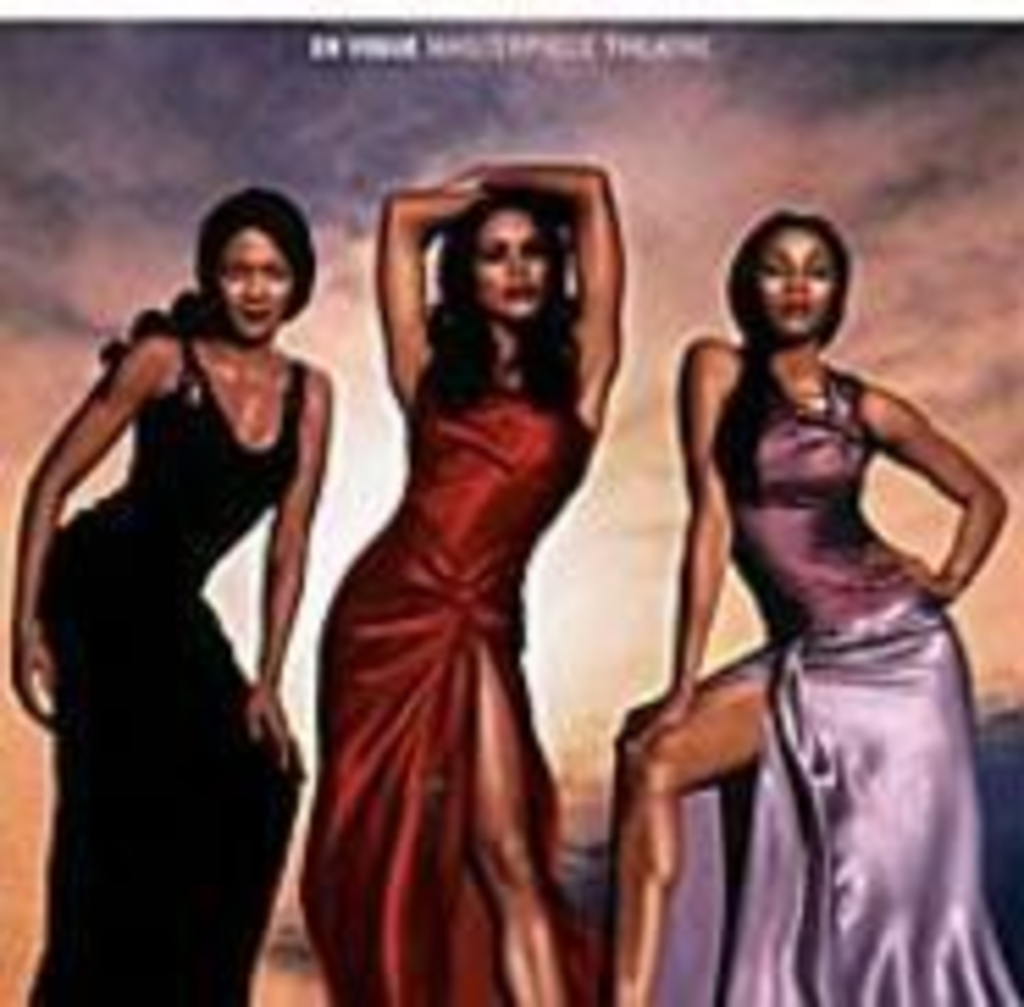 When Terry Ellis, Dawn Robinson, Cindy Herron, and Maxine Jones wailed the opening of their first song, “Hold On,” a cappella, many heads went into an immediate tailspin. It was a brand-new sassy and exotic sound that signaled the revival of Supremes-style girl groups. Four sexy women with luscious pipes and killer wardrobes — who could resist?

A decade, four releases (including a greatest-hits package), and the defection of Robinson later, the glitter of En Vogue’s initial sparkle has dimmed. Masterpiece Theatre, the group’s latest release, couldn’t get a starring role in an off-Broadway production in Manhattan, Kansas. The trio comes across like a former Hollywood starlet who’s become too old to play the leading lady. The vocals are flat and the music sounds severely dated, mostly because of the group’s ill-fated decision to reunite with the duo who created the group and produced many of its hits, Denzil Foster and Thomas McElroy. A majority of today’s R&B is driven by young thundercats and tigerettes, and these old-school producers have fallen into a huge generation gap.

On Masterpiece Theatre, Foster and McElroy’s work is clumsy and outright silly at times. They gamble by incorporating a six-song love opus into the middle of the record, and it is En Vogue that loses the bet. The set gets off to a dreadful start (“Suite Intro”) with a narrator uttering, Girl meets boy, girl falls in love, girl falls out of love … girl has no clue, girl watches Oprah. Hide the spoons, please.

The incorporation of classical music on several of the tracks also backfires. “Sad But True,” which is based on Beethoven’s “Moonlight Sonata,” does no justice to the master composer’s work. The combination of tragically banal lyrics and a repetitively simple drum loop become unnerving after just one verse. Lyrically, the group suffers from another sort of generation gap, as these savvy women sing about subject matter that would best be left scribbled in a high school student’s notebook rather than delve into mature material befitting their age.

En Vogue may have revitalized the concept of the girl group, but the trio’s time has passed. The torch is being more effectively carried by such groups as Destiny’s Child and TLC, which are setting the current scene ablaze.