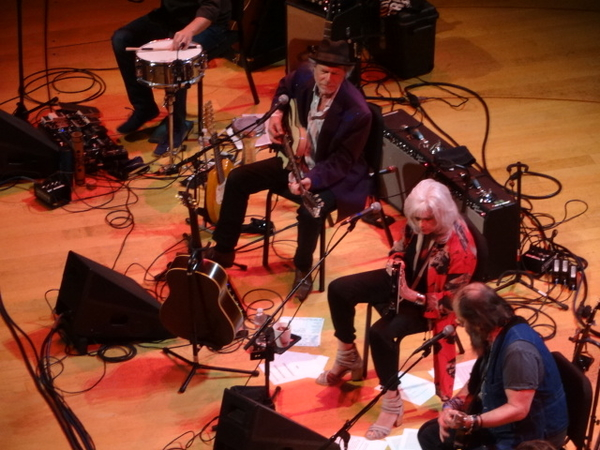 The plight of international refugees — symbolized by their rugged arrival from the Middle East and North Africa on Lampedusa, a small island off the coast of Sicily — might not seem like a natural fit for an Americana song circle. But Emmylou Harris reminded a near-capacity Helzberg Hall crowd at the Kauffman Center last night of our own country’s Ellis Island. “We’ve got that big ol’ statue in the New York Harbor,” she said, “that says, ‘Bring us your huddled masses, yearning to breathe free.’ It didn’t say there was an expiration date.”

The circle, with Harris, Steve Earle, singer-songwriter and guitarist Buddy Miller, the Milk Carton Kids, and guitarist and multi-instrumentalist David Pulkingham, gently moved from personal favorites to songs emphasizing the plight of refugees around the world. “We wanted every penny [of the concert proceeds] to go to these 65 million people worldwide who are just looking for a home,” Harris said from the stage. 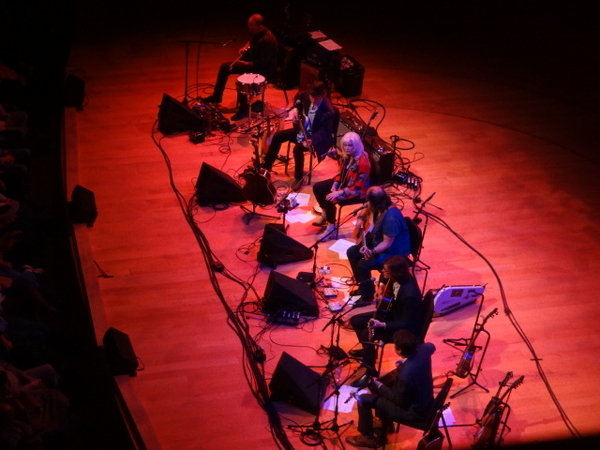 In that vein, every song commented on issues of displacement and immigration. Sometimes the connection was easy to see, such as in the sweltering gospel of Buddy Miller’s “Shelter Me,” or with the hopes for children expressed in “Love and Happiness.” (It was also easy to hear the 20 years Miller and Harris have worked together in the ease with which they played and sang each other’s songs.)

The loss of family and friends was a recurring theme, from “Darlin’ Kate,” Harris’ ode to her friend Kate McGarrigle (who, with her sister Anna, made up the McGarrigle Sisters), to Earle’s gritty “Goodbye.” But hope was also part of the message, especially in Miller’s version of his wife, Julie Miller’s “All My Tears,” a song of arriving in a better place, even after death. Even the many covers, like the Stanley Brothers’ “Green Pastures,” commented on the dilemma of refugees who, as Earle explained, “don’t have a home to go back to.” 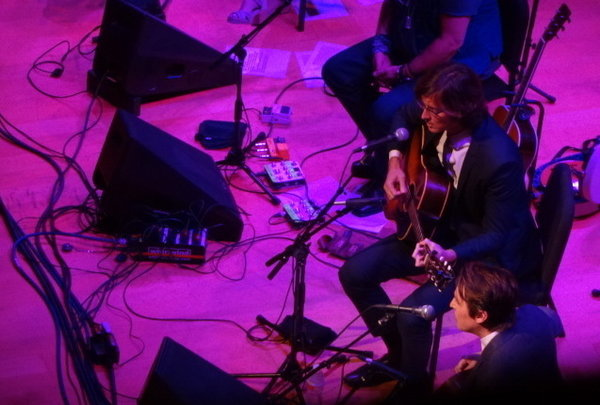 The Milk Carton Kids (Kenneth Pattengale and Joey Ryan), rising stars in the world of Americana, provided comic relief with their dry, deadpan humor prefacing each tune. While every performer commented on the beauty — and beautiful acoustics — of the hall, Ryan was more blunt: “We’re used to playing a lot shittier places than this.”

But when they sang, their gorgeous harmonies, part Simon and Garfunkel and part Everly Brothers, as well as their intertwined guitars, drew appreciative hollers from the crowd. And the theme was still present in their songs, even after a long, funny introduction to “Charlie,” during which Ryan explicated a song written by Pattengale for the impending arrival of his daughter. That daughter, Ryan admitted, “doesn’t have a specific due date yet, or a mother,” a bit of wryness that didn’t take away from the song’s lyrics about very real hopes for a definitely hoped-for child; the song became another reminder that many have lost everything they had, including their children. 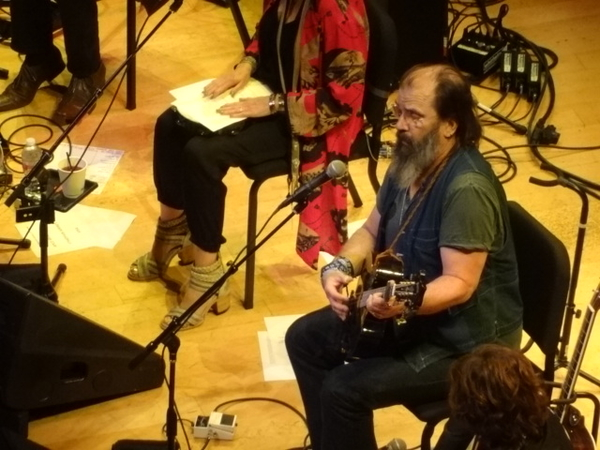 Earle used the history of delis in New York City, which have changed hands from Italian to Korean to Mexican and Central American ownership, to illustrate “how we built this country in the first place.” His “City of Immigrants,” with its chorus of Everyone is everyone/All of us are immigrants, was the first place all six voices united. “And it’s the truth!” Earle whooped, as the chorus died away.

As the evening wound down, Harris promised a grand finale, smiling and saying, “We have a big ending. It’s big…and it’s hard.” Earle introduced that last song, “Pilgrim,” by explaining that “a pilgrim is a traveler, someone looking for something, traveling somewhere. We’re all travelers all just trying to get home.” As all six performers joined their voices to sing I’m just a pilgrim on the road, boys, the concert’s message found its own way home.

Leftovers: The concert was a benefit for Jesuit Refugee Services, an organization devoted to providing refugees worldwide with education. (“Education provides hope,” a slideshow before the concert explained, simply and truthfully.) The name of the beneficiary organization resulted in the most subtle joke of the night, from the Milk Carton Kids’ Pattengale, who pseudo-sincerely explained their participation with the tongue-in-cheek: “When we heard about all these Jesuit refugees, we felt terrible.” Overall, though, the cause — important enough that both Pope Francis and Steve Earle have joined forces — reinforced the message of Woody Guthrie’s “Deportees”: Adios mis amigos, Jesus y Maria…all they will call you will be deportees.

You’re The Best Lover I Ever Had (Steve Earle)

The Hope of a Lifetime (The Milk Carton Kids)

All My Tears (BM—Julie Miller cover)