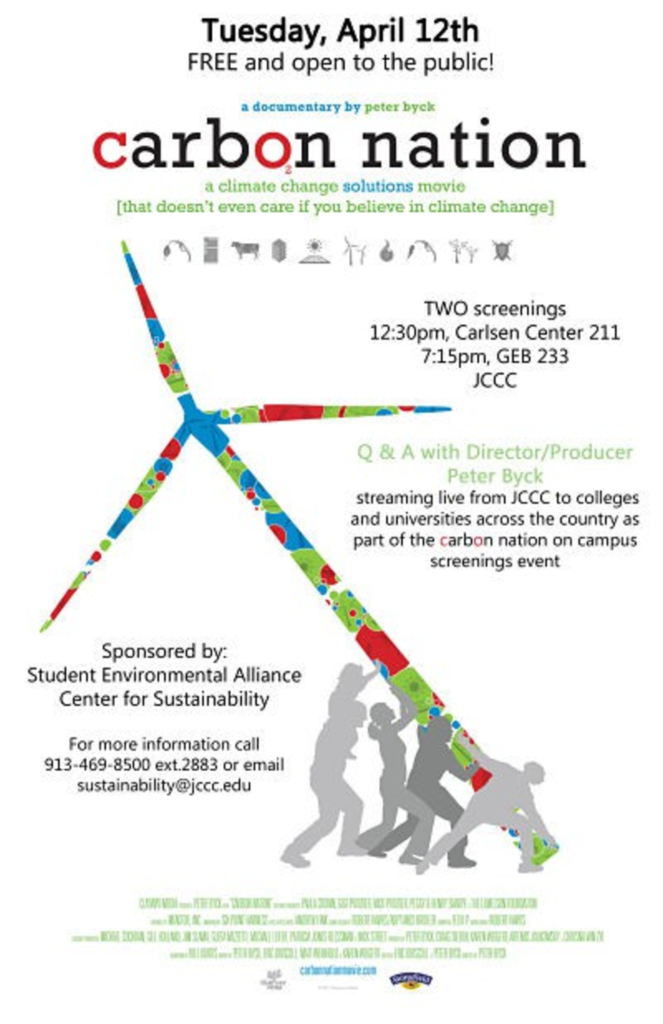 Sooner or later, climate change will cause a chunk of ice the size of Rhode Island to break free of the North Pole, plunge into the ocean and generate tsunamis that swamp New York, Boston and whatever cities lay on the West coast of England. Olde Londontowne? Hobbiton? We’re not sure. While you’re consulting the atlas, we’d like to tell you about the documentary Carbon Nation, a less negative forecast for the planet’s future. While other films about climate change, including films about slideshows about carbon change, invite partisan criticisms that distract from the problem, Carbon Nation is a nonpreachy, optimistic film with an inclusive message about business-friendly climate solutions and politically pragmatic approaches to reducing environmental carbon inputs. Director Peter Byck will be on hand for a 7:15 p.m. screening at the Craig Auditorium at Johnson County Community College (12345 College Boulevard in Overland Park) to answer questions. For more information, contact the Student Sustainability Committee at 913-469-2786 or see carbonnationmovie.com.