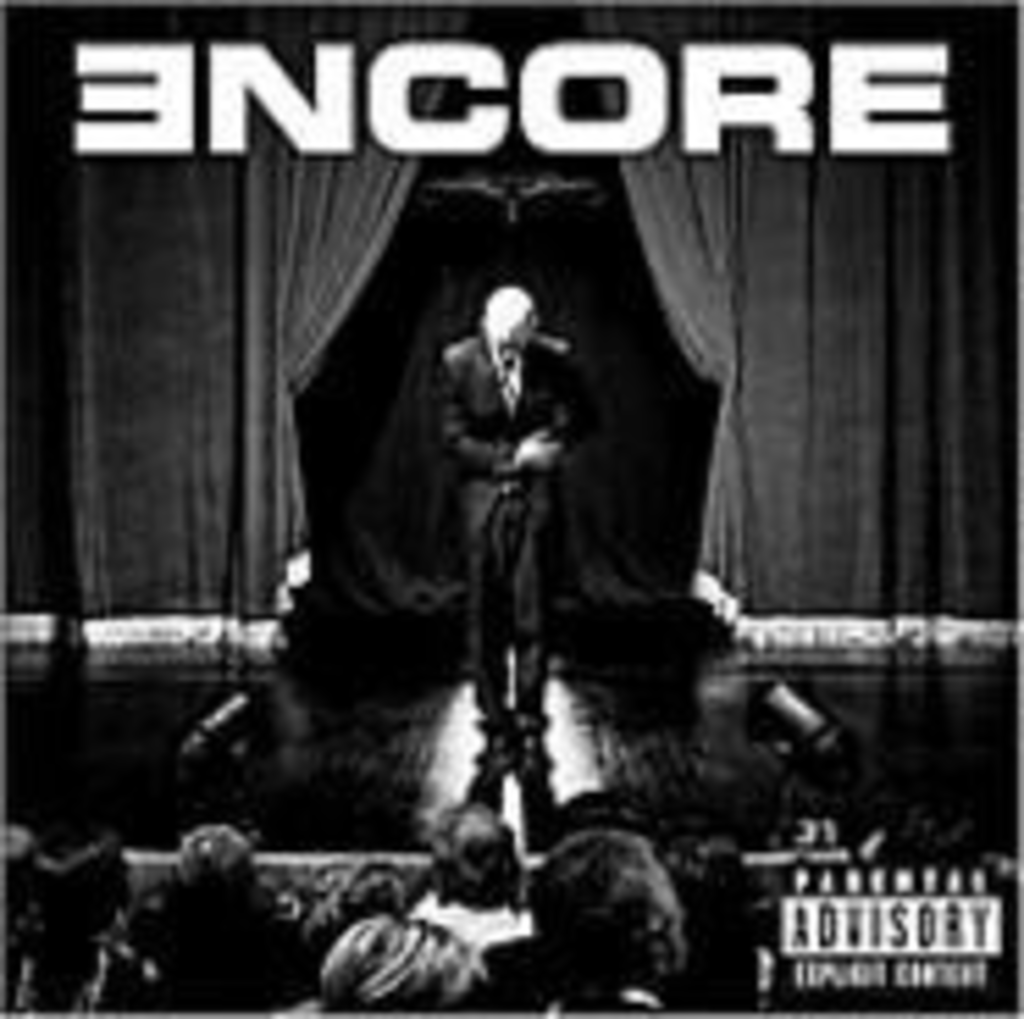 Things haven’t boded well for Encore, Slim Shady’s first full-length since 2002’s gajillion-selling The Eminem Show. D-12’s genuinely awful summer single “My Band” was eclipsed in wretchedness by Encore’s first offering, “Just Lose It,” a formulaic and unfunny ditty with a video that took aim at the easiest targets in show biz. “Lose” was followed by “Mosh,” a dark anti-Bush rant that was buried in election coverage. Pundits predicted that Encore would be an artistic letdown. They were wrong. Like all of Em’s albums, Encore has its fair share of filler — tracks such as “Big Weenie” and “Ass Like That” should’ve been relegated to the chopping block — but it also features moments of brilliance that nudge hip-hop’s rigid boundaries. Just when you think Eminem doesn’t have anything left to say, he pens “Mockingbird,” an aching open letter that’s as heartfelt and gripping as Tupac’s “Dear Mama.” The insta-classic “Rain Man” finds Dr. Dre turning in yet another trunk-bumping backing track while Em spits a loose ramble that covers everything from critics to graphic descriptions of gay sex. And “Yellow Brick Road” takes a trip down Shady lane with Em spinning yarns like a one-man loom. “Crazy in Love” suffers from overuse of a Heart sample, but Eminem’s verses — in which he again ponders his ambiguous feelings about ex-wife Kim — cement his reputation as one of rap’s most dangerous MCs.