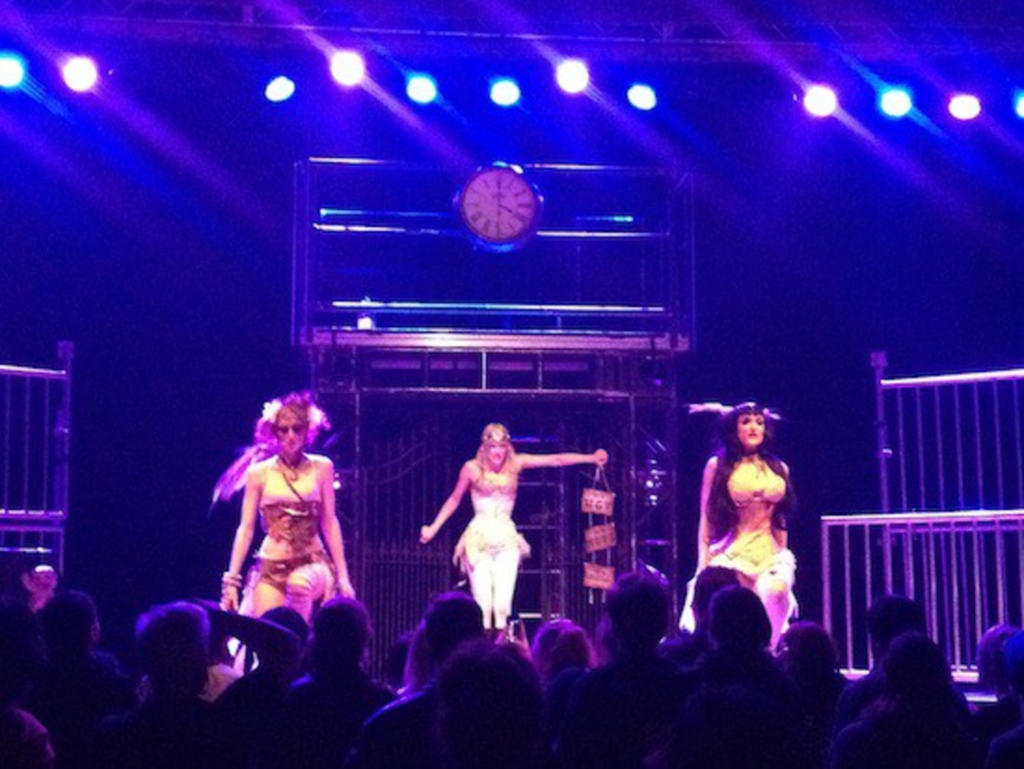 Charming herself as the corruptor of young ladies, Emilie Autumn carried out her role with an eerie level of ease during last night’s performance. There’s no end to how much she involves herself for her shows – she is definitely dedicated.

Opening up the first act was one from her latest album, Fight Like a Girl (FLAG). The album respectfully launched the musician’s flashback production to her psychiatric-ward days and 2010 book, The Asylum for Wayward Victorian Girls. There is absolutely no denying that Emilie Autumn (born Emilie Autumn Liddell) can put on an entertaining show, and a very personal one at that. Throughout, she presented herself as ward/prisoner number W14A, alternatively a ringleader for madness and a guide through it. For what the show is, though, it couldn’t have been accomplished so well without her Bloody Crumpets.

The not-so-sold-out crowd urged on these Bloody Crumpets, Autumn’s two background dancers, who started off the first song with nerve-racking crawls all over the “asylum” quarters. Dancers included Jill Evyn as Moth and Veronica Varlow as the Naughty Veronica. These two really did evoke a more believable presence in such a dark, supernatural context, though it would have been nice to have their mics turned up so their background vocals could be heard appropriately. The vocals in “Time for Tea” were barely audible, even when Autumn was singing on her own at some points. It took away from the melody of the song and especially from its lyrics, where phrases like eradicate the enemy or revenge is a dish that is best served… NOW! could have been helped by some volume. 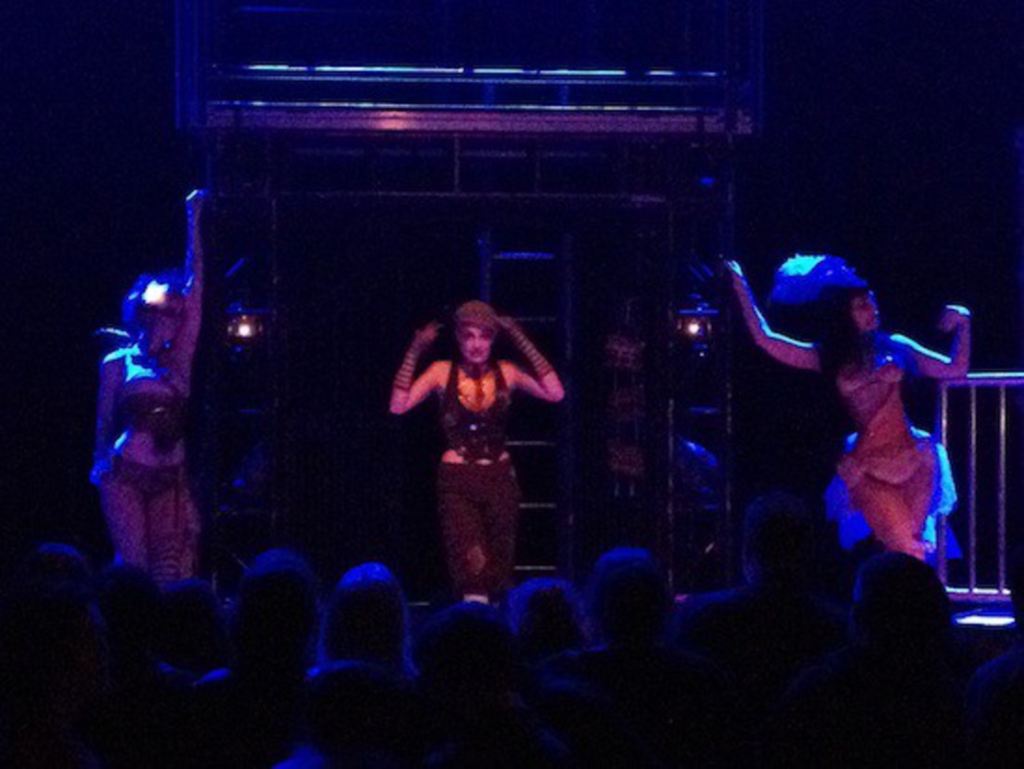 On that point, it is somewhat unnerving that it was an all-ages show. It is understandable that Autumn’s message is not to shield societal instances of misinformation and stereotypes from anyone, yet watching numerous X’ed out hands with braces cheering the trio on can make one think. This became more bothersome when songs like “Girls! Girls! Girls!” initially may suggest to a younger girl that women may not be worth all that much. The song’s sarcastic lyrics, How big is a lady’s brain? It’s really very, very small, a simple thought is quite a strain, this seems just a bit inhumane, could potentially be misinterpreted by younger ones. It’s not that Autumn’s lyrics are exactly bad for younger girls to listen to – just that they perhaps demanded a more mature level of comprehension. Though, Autumn’s own thoughts on the matter would probably filter back to what FLAG relays: My voice is my weapon of choice. Touché, W14A, soldier on.

Autumn and her Bloody Crumpets gave a dedicated performance to a very attentive and communicative crowd. Autumn’s fans are nothing if not eclectic, and they are as dedicated to Autumn as she is to her character and craft. As Autumn has stated before, it’s hard to categorize these performances and music into one box (though she believes so because of an antipathy toward labeling), but whatever it is, she’s got a dedicated gang of obvious worshippers. Beyond the crowd’s unearthly painted faces and elaborate attire was an intimate bunch of followers who truly care about their Autumn. After the performance, they showered her with various gifts, including bras, scarves and hand-knit memorabilia. 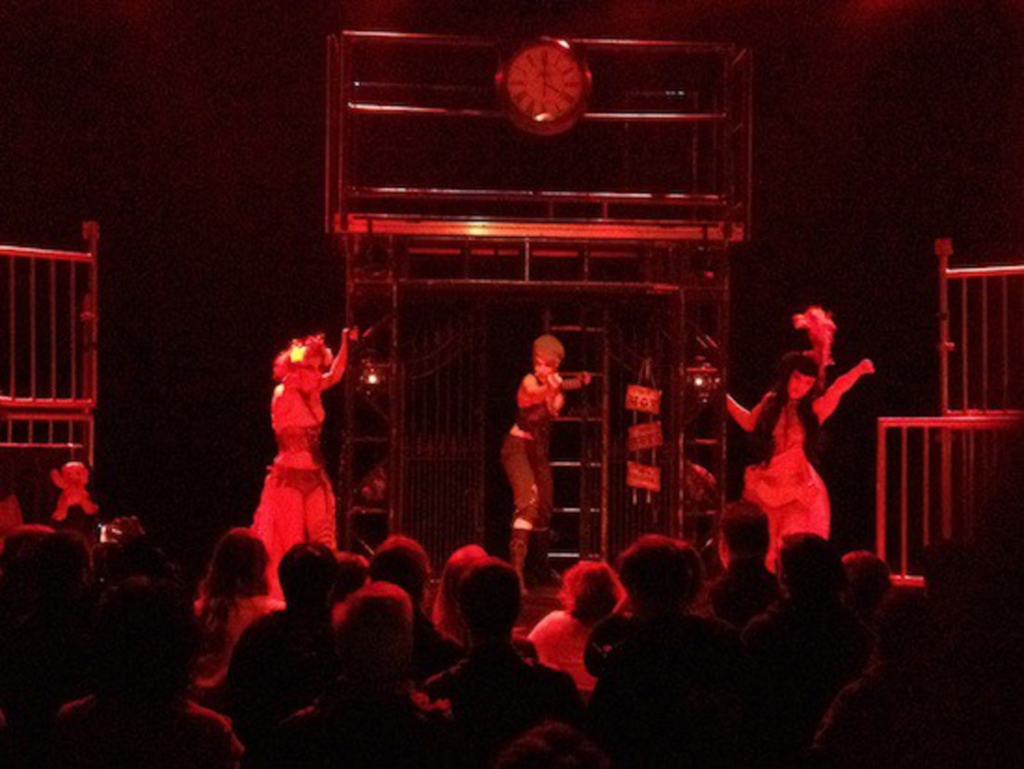 Leftovers: Depending on the way you or I may look at things, Emilie Autumn may be either a genius or absolutely crazy, in the literal sense. I’m still unsure of what I think. Also, for all the hype on her classical violin playing, it would have been nice to actually witness it, as well as her other instrumentations. I get that the studio recordings were playing along, but where’s the fun in that? The fact that she’s promoting an “I am woman, hear my unfiltered madness” roar seems somewhat made quieter without her talents being displayed in the flesh, within the theatrics.

Setlist:
Fight Like a Girl
Time for Tea
What Will I Remember?
Take the Pill
The Art of Suicide
Doctor Maggot Introduces the Ladies
Rat Game
Girls! Girls! Girls!
Dr. Stockhill
We Want Them Young
Scavenger
Gaslight
The Key
One Foot in Front of the Other