Elvis Costello and the Imposters, last night at Crossroads at Grinders 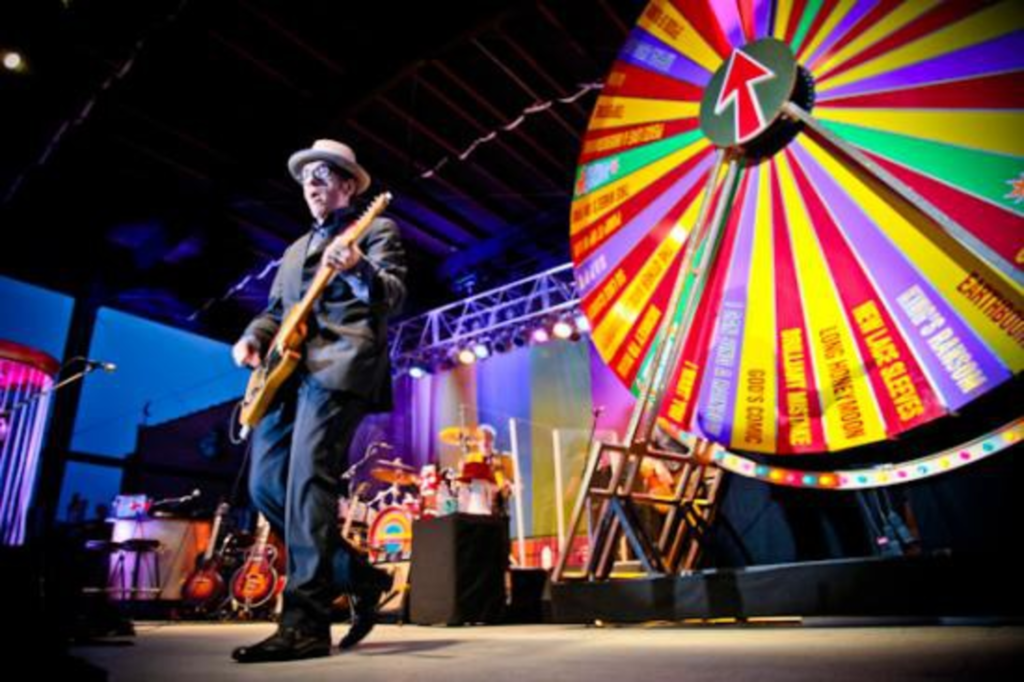 Not just a familiar feature on Elvis Costello’s 2011 tour, The Big Wheel is also the title of a 1990 novel written by former Elvis Costello bassist Bruce Thomas, the only member of Elvis Costello’s original Attractions not onstage with the Imposters last night. (He hasn’t been since the 1990s.) The barely fictional novel is more like a transparent memoir about the drunk, bleak absurdity of lost-weekendlike touring with Elvis Costello and the Attractions in the 1980s.