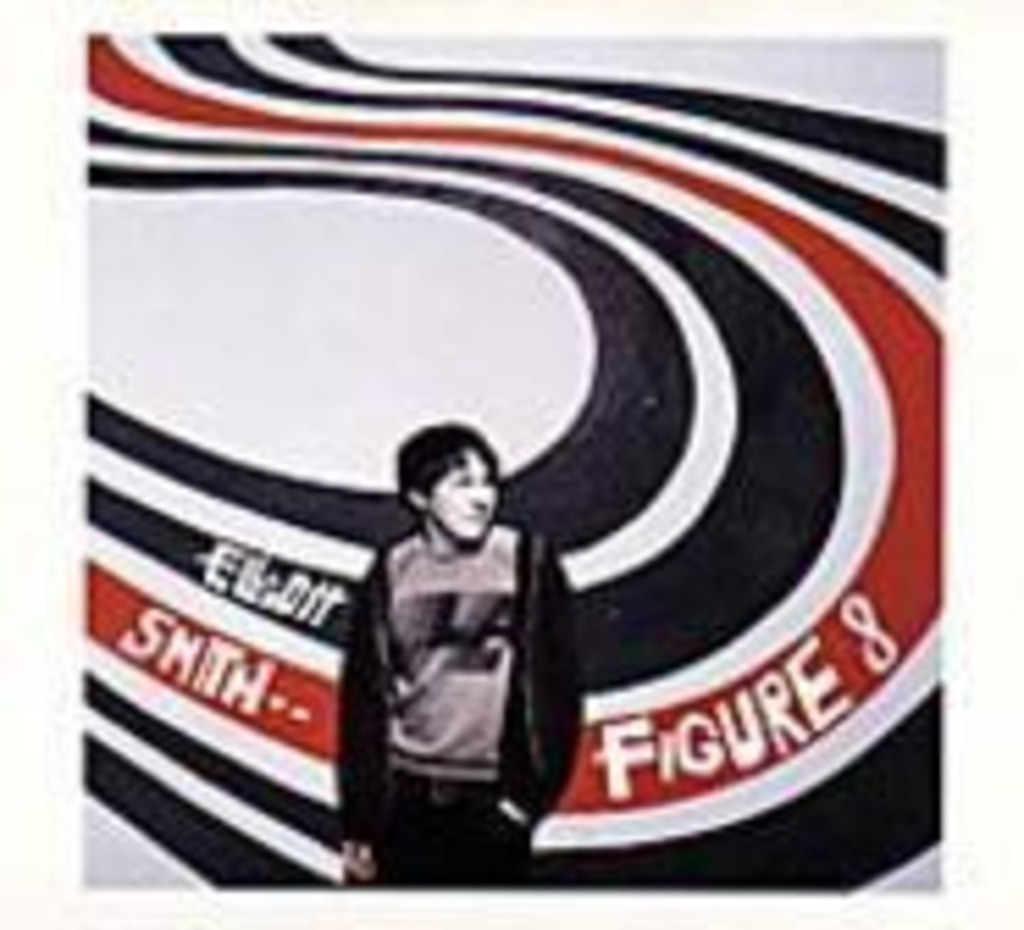 Lying somewhere in the middle of being a critic’s darling and an obscure footnote, folksy popster Elliott Smith has always made records that connected with his listeners. Starting off crafting homemade recordings and releasing them on indie labels, Smith has since graduated to the big time. This, his second major-label release, finds Smith at an odd juncture in his life and his professional career; when you’ve got a fairly signature sound, can you move on creatively without losing your audience? When Smith sings There’s a silver lining in the corporate cloud on “Wouldn’t Mama Be Proud?” it’s obvious he’s dealing with something more than relationship problems.

Sure, now that Smith has access to a genuine studio, the songs sound tremendous, but it’s questionable whether he has fallen into the trap of studio slickness over songwriting substance. While Figure 8 does feature some fine Smith moments (the aforementioned “Mama,” the cascading multitracked vocals of “Everything Means Nothing To Me,” the beautifully arranged staccato string work in “Junk Bond Trader,” and the ’70s boogie-rock-cum-Seals and Crofts melodies of “LA”), it also has its share of disappointing moments. When Smith croaks out Everything reminds me of her on the track of the same name, the listener can’t help but picture 15-year-old boys everywhere cupping their heads in their hands while sighing over a yearbook picture. Smith’s voice sounds less confident than ever before; while it has always been a gentle, delicate falsetto, he warbles more than coos and seems a bit uncomfortable in the range he’s written his songs in.

Part of the problem is Smith’s songwriting. Once full of moments of genuinely uncomfortable self-revelation and seething spite, his songs are beginning to head toward Randy Newman self-satisfying storytelling epics and are drifting away from his once-intriguing sketches of streetwalkers, addicts, and a general underbelly full of compelling characters. This departure ensures that Figure 8 remains a mixed bag, full of more sincere, enjoyable moments than not but also occupied by some rather lackluster (for Smith) filler.