Elijah Haahr and Missouri Republicans refuse to investigate why 130,000 have been dropped from Medicaid in the state

The inaction has led advocates to launch a statewide campaign to get Medicaid expansion on the ballot in 2020. 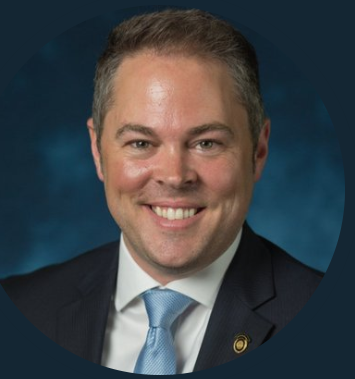 About 130,000 people have been dropped from Missouri’s Medicaid program in the last year. That’s an additional 10,000 people from the numbers released in July, and House Minority Leader Crystal Quade’s continued calls for an investigation into the matter are still being ignored.

“We need to make sure the folks who qualify for Medicaid are receiving it, but we need to also figure out what is happening on the front end so we can prevent this in the future,” Quade said at an informal hearing with House Democrats on Thursday night.

Quade noted that she’s been told by legal aid groups assisting those who have been eliminated from the rolls that nearly 100 percent of them still qualify. She says many of the renewal letters were sent to wrong addresses, and that state officials are misplacing documentation.

Those affected by the cuts were invited to share their testimony at last night’s hearing.

“It seems like the legislature in Missouri is doing everything to help those who are already doing just fine and leaving out all the poor people who are struggling,” said Ken Horgan, a Missouri resident from of Mountain View.

House Speaker Elijah Hahhr refuses to call an investigation into the drops. He believes that an improved economy is the cause of the enrollment decline. But Quade points out that if the economy were to blame, the state would be seeing similar drops in food stamp enrollment, which it has not.

That’s why some Missourians are taking matters into their own hands. Healthcare for Missouri, a coalition comprised of healthcare professionals, patients, and business executives launched a campaign last week that would ask voters in 2020 to expand Medicaid in the state.

The group’s proposal would extend Medicaid coverage to an additional 200,000 individuals who make less than $18,000 a year or families of three with an income below $30,000; those nearing retirement who have lost their insurance; and those with chronic medical conditions.

The initiative would affect people like Louis Grothman, a St. Louis delivery driver who has more than $100,000 in medical bills after open heart surgery. Born with diabetes, he is unable to afford insurance or long-term insulin he needs.

“I have days when I work 15 hours,” Grothman said in a statement released by the coalition, “but I still can’t afford health insurance.”

The group must collect 172,000 signatures before the question will be placed on the ballot.

“I feel so strongly that hardworking Missourians across the state deserve affordable healthcare so that they don’t have to decide between their medications and putting food on the table,” Dr. Heidi Miller, the St. Louis physician who submitted the petition for the group, said in a statement.

The collection of signatures has already begun and will continue through the next several months. The first petition signing in Kansas City is next week on Monday, September 16, meeting at the Health Forward Foundation (2300 Main St. Suite 304, KCMO) at 9 a.m.

Organizations like Indivisible Kansas City are joining efforts to collect signatures around the metro.

“Missourians are lucky to have the ability to bring this issue straight to voters through the petition initiative,” the group wrote on its Facebook page. “We’ll spend our weekends this fall gathering signatures with our friends at Jobs With Justice and Planned Parenthood Votes.”