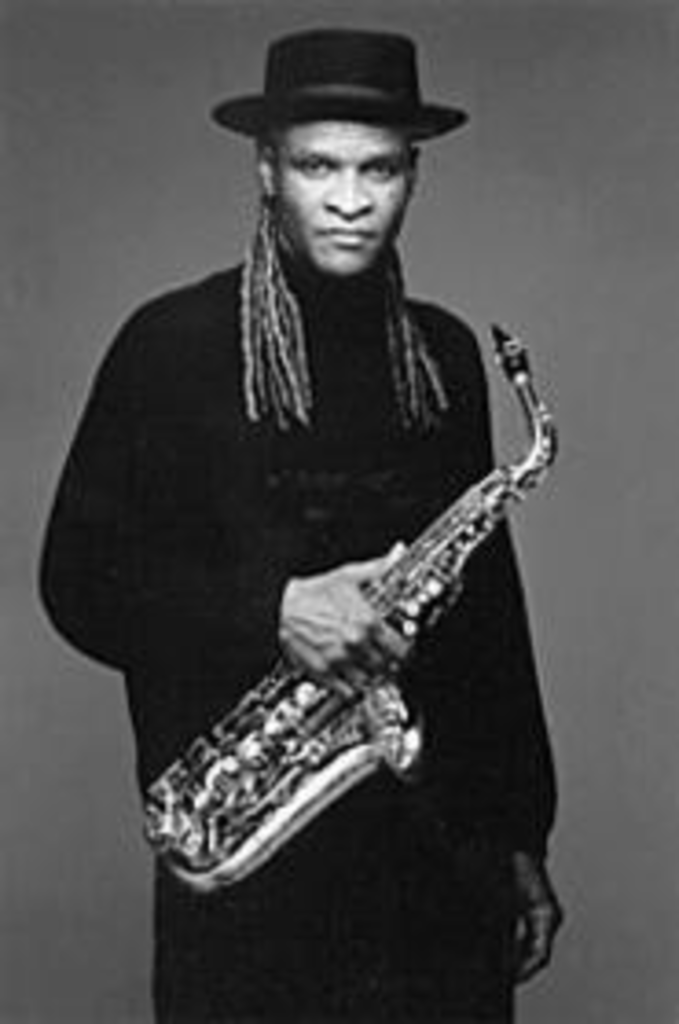 As a young jazz player, Bobby Watson was impatient. He couldn’t learn new scales and sounds quickly enough to satisfy his cravings for instant improvement. Between bursts into his brass, he’d angrily exhale, frustrated that he couldn’t find a suitable shortcut to saxophone mastery. After witnessing one such demonstration, Watson mentor and legendary drummer Art Blakey told him, “Bobby, Rome wasn’t built in a day.” Later, Blakey would inform him that “there’s no substitute for experience” and “your memory is your greatest asset.”

“We were going to make this little red book of all his sayings,” Watson recalls.

Instead, Watson composed a suite based on comparable colloquialisms. Watson introduced “Afroisms” in 1994, performing the seventy-minute piece in Glasgow, Scotland (the piece had been commissioned by the Scottish Arts Council), and Vienna, Austria. It hasn’t been performed publicly since, but Watson started rehearsing it last fall with an entirely new ensemble. On Monday, April 21, “Afroisms” makes its American debut, with Watson’s University of Missouri-Kansas City music students taking the place of his major-label-backed big band.

Blakey would be proud, and not only because he’s certainly uttered song titles such as “No Man Is an Island,” “Time Marches On” and “All That Glitters Is Not Gold.” Watson’s mentor dismissed collaborators even more quickly than he dispensed proverbs.

“He used to say, ‘When they get too old, I’m going to get some younger ones,'” Watson recalls. “That’s what happened with me. I’d been with him four and a half years, touring all over the world and making all these records, and one day he just told me, ‘I think it’s time for you to go.’ He was just looking to help as many young people as he could before he had to hang up his drumsticks.”

Jazz still embraces apprenticeship more than any other genre. Just as Herbie Hancock honed his skills playing with Miles Davis, today’s most promising pianist, Jason Moran, developed under the wing of St. Louis-based sax player Greg Osby. But although there’s no shortage of willing instructors, many would-be gurus lack the resources to connect with outstanding upstarts.

“You’ve got guys my age and older who should have major record deals so they can lead a band,” Watson says. “That way, the young ones can play alongside the veterans and learn about stage presence, choosing your songs, pacing the set, and how to deal with people and be an ambassador after the show.”

Instead of seething silently while playing solo shows, Watson discovered an ideal solution to his quandary. As director of UMKC’s jazz studies program, he has guaranteed access to eager young players — and a Blakey-approved turnover rate that’s institutionalized.

When his students perform “Afroisms,” Watson’s story will come full circle as a teacher shares sage advice from his own instructors. But there’s even more to this piece. It prolongs African-American oral traditions for another generation, preserving proverbs that might fade if not given a proper forum. It emphasizes positive reinforcement in an always-competitive field. And it gives its audience a tangible context for ornately orchestrated twists and turns.

There’s still an air of mystery about the pieces, however, even for the players. Watson provided his charges with song titles, but he hasn’t yet passed out his reflections, which will appear in the show program. Thus, they don’t yet know that “I Love You but I Hate You but I Love You” refers to a quote from sax player Carter Jefferson, who was instantly impressed by Watson’s talent, became angered at the threat to his own prominence, then returned to affectionate respect. In hip-hop battles, such conflicts can get stuck on hate, with defensive lyricists rushing to reinforce their greatness as soon as they’re challenged. “When I was coming up, it always ended up with love,” Watson recalls.

For Watson, instilling such optimism is more important than focusing on technique. “A good teacher shows you how to teach yourself,” he says. By now, he’s fluent in such Afroisms, seasoning casual conversations with easily digestible knowledge nuggets.

But that doesn’t mean the cycle has stopped. He’s still learning how to communicate with hungry players who want to gorge themselves instead of rationing. Every year, he confronts variations on the young, discouraged Bobby Watson, and he must patiently reassure them, often in the face of stubborn resistance. It’s a reminder that Blakey’s words about Rome ring true for teachers as well as for students.