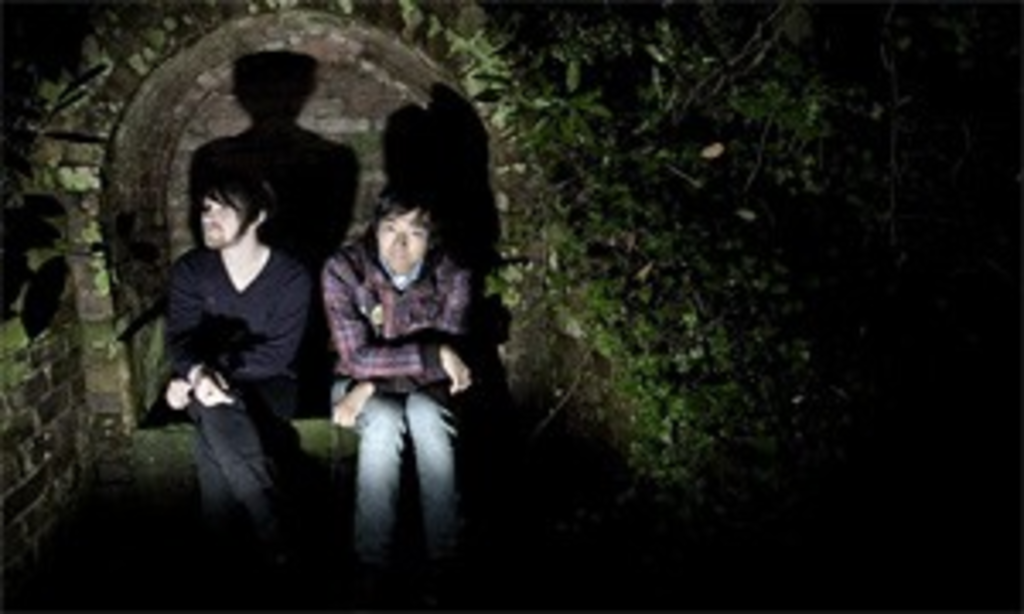 Englishmen Andrew Hung and Benjamin John Power aren’t noise-rockers in the traditional, balls-to-the-wall sense. On the enthralling debut album Street Horrrsing, the two cut their warped, alabaster scree with warm keyboard swooshes and pattering percussion, creating a hypnotic, sweet-and-sour effect. In an April Fools’ Day conversation via their manager’s borrowed cell phone, the pair, who perform and record as Fuck Buttons, were patient and polite while discussing themselves and their interests — it’s difficult to imagine either the succinct Hung or the wide-eyed Power screaming bloody murder into a microphone or coaxing madness from electronic gear. Appearances, as they say, can be deceiving.

The Pitch: Where are you right now, and what are you doing?

Hung: We’re outside of the Cat’s Cradle in North Carolina. [Tour mates] Caribou are practicing with their new drummer — the original drummer broke his hand, so they’ve been practicing at intervals for the last few days, and they’re practicing hard now.

John Cummings of Mogwai produced Street Horrrsing. How did that come about? Were you already familiar with him, with Mogwai?

Power: When we signed to [label] All Tomorrow’s Parties, they said, “Think about who you want to produce your album.” And I immediately thought of John — I knew he had an appreciation for electronic stuff, and I knew his Mogwai stuff. Working with him turned out really cool. He really understood where we were coming from.

What’s the last great pop song you heard on the radio?

Power: It may seem cliché to say, but in the U.K. we tend not to listen to the radio because it isn’t interesting. Otherwise, I’ve recently gotten into Ariel Pink. I can’t quite get enough of the guy. He’s got these great lo-fi pop songs. Suicide, Aphex Twin, Bo Diddley, all kinds of electronica. I grew up on punk, so I’ve been kind of revisiting that. There’s this great band from New York City called Growing that I think are amazing. We managed to catch White Rainbow on the last night of South by Southwest — he completely blew me away!

Tell me about the origins of the name Fuck Buttons.

Hung: I guess at the time when we first started, it was quite amusing to us because we were quite a confrontational band, but we were also very playful. We did start out full-tilt, but it quickly got uninteresting for us. We sort of evolved away from that. It just seemed natural to go in the direction we did, it felt unconscious.

Tell me a bit about the instrumentation you use.

Hung: We use anything that comes to hand! Anything goes. We’ve accumulated a lot over the years — mostly electronic equipment. Onstage, there’s only two of us, so we have to juggle a lot of components. But that’s part of the fun of it, I think.

Whom do you count among your influences or peers?

Hung: We don’t pigeonhole ourselves. Bands we listen to in our spare time never cross over into our songwriting process. We surprise ourselves with the sounds we make.