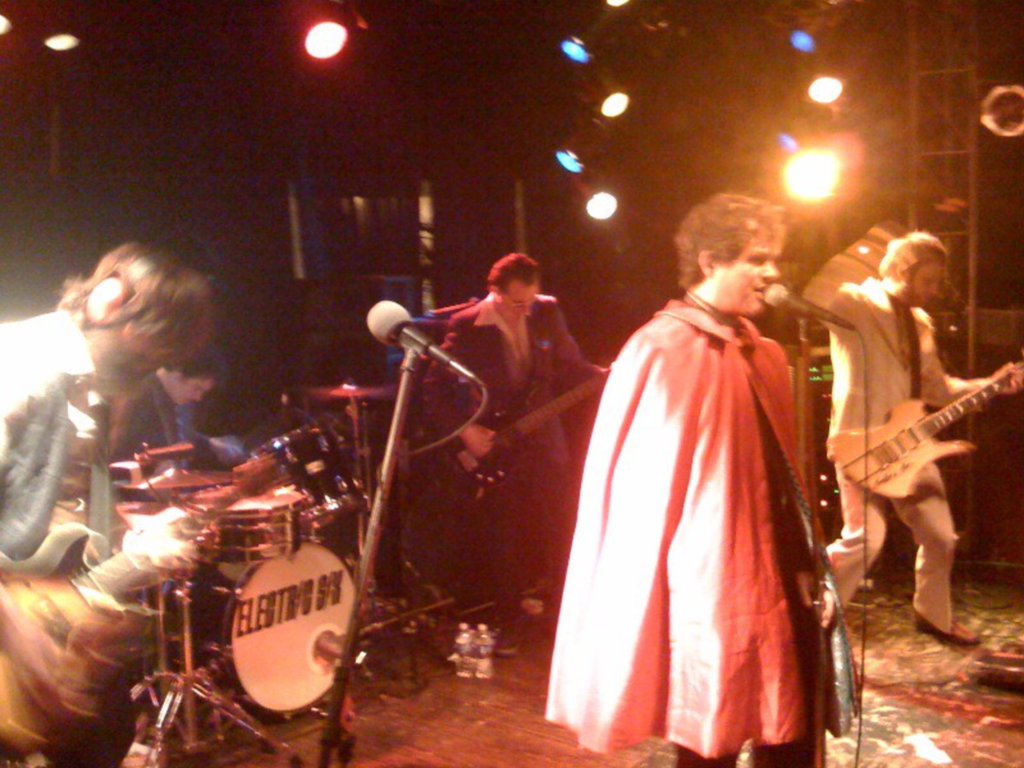 The first time I saw Electric Six, way back in 2003 at the Black Cat in Washington, D.C., I left early. I wondered, who the hell does this guy think he is? “This guy” was, of course, Dick Valentine, the Michigan band’s crude and cheesy frontman. Whenever I saw the band next, I decided that his pasted-on smile, pseudo-political jokes and songs about going to the “gay bar, gay bar” were actually pretty hilarious and I’ve seen the band about five times since, most recently last night at the Record Bar, where the dance floor got pretty crowded for a Monday night. Through my fuzzy photos, you’ll notice how Valentine gradually shed layers over the course of the performance. (Who can blame him? He’s all about setting fires in the disco.) 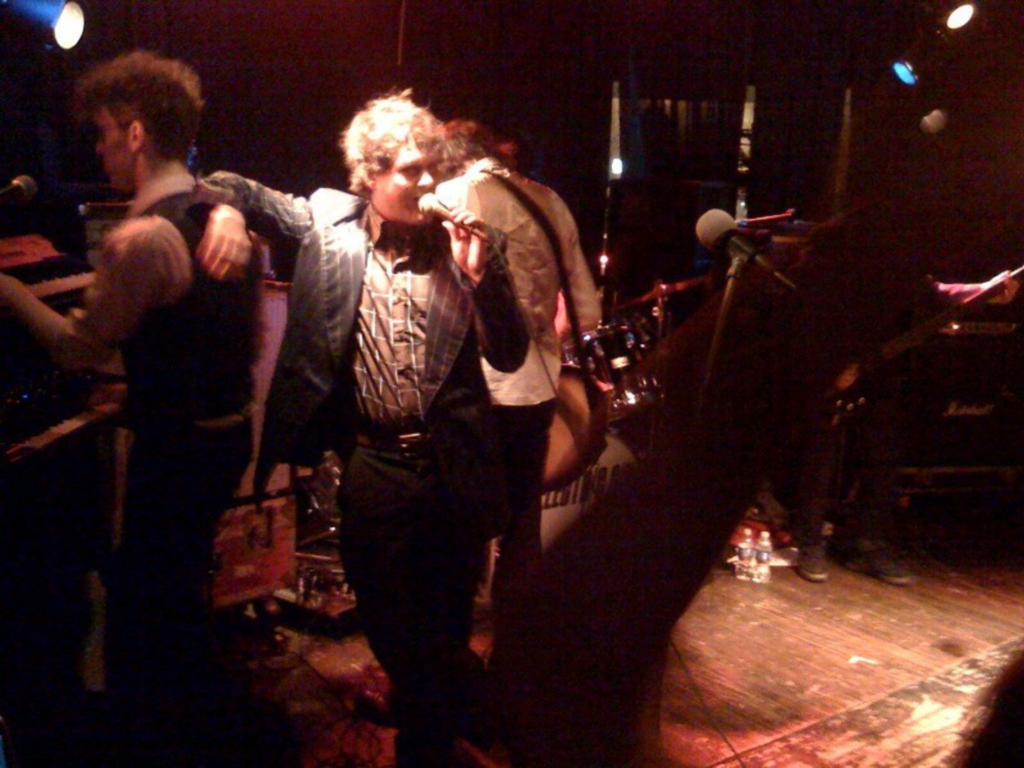 Of course, the set incorporated Electric Six’s “hits” — “Gay Bar,” “Danger! High Voltage” and “I Buy the Drugs” — as well as a lot of material from Flashy, the band’s latest album, which came out last fall. Unfortunately, those songs are, on the whole, less dancey, less catchy, and even less funny. One song in particular — “Gay Bar Part Two,” which isn’t memorable at all musically — makes the whole band seem like a gimmick. That said, Valentine and co. (I never caught the name of the drummer, who Valentine kept calling Emmanuel Cleaver the 17th, but he’s supposedly from Johnson County) put on an energetic and hilarious performance, full of disco beats and trashy guitar sounds. 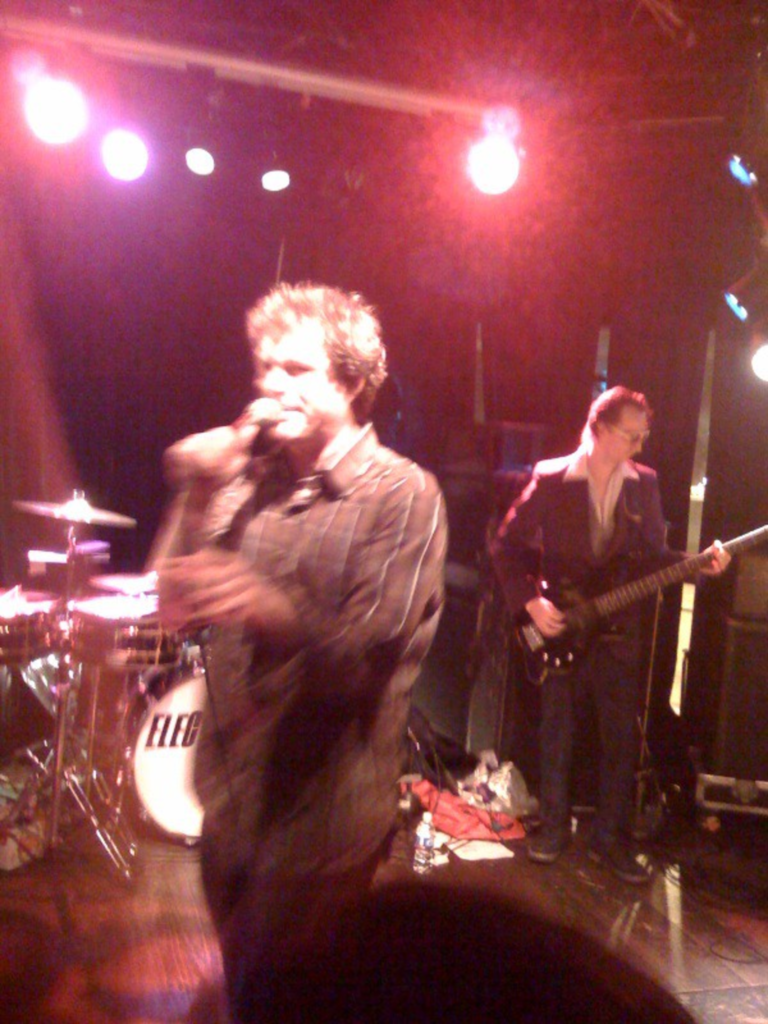 Valentine may have stripped down, but he was more modest than at least one member of Bang Camaro, who I saw strutting around totally shirtless after that band’s hairy set of cock rock. I wish I’d gotten pictures of Bang Camaro, a Boston band whose 9,3458 members should all consider making donations to locks of love. The two groups of ironic rockers are a perfect tour fit. 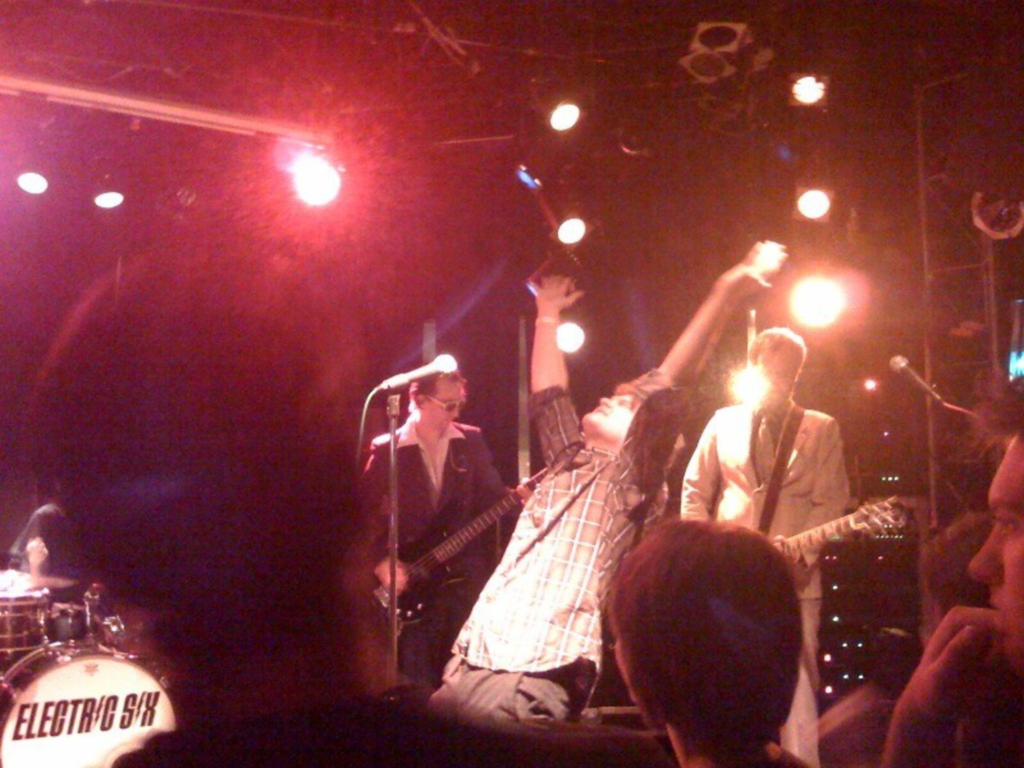