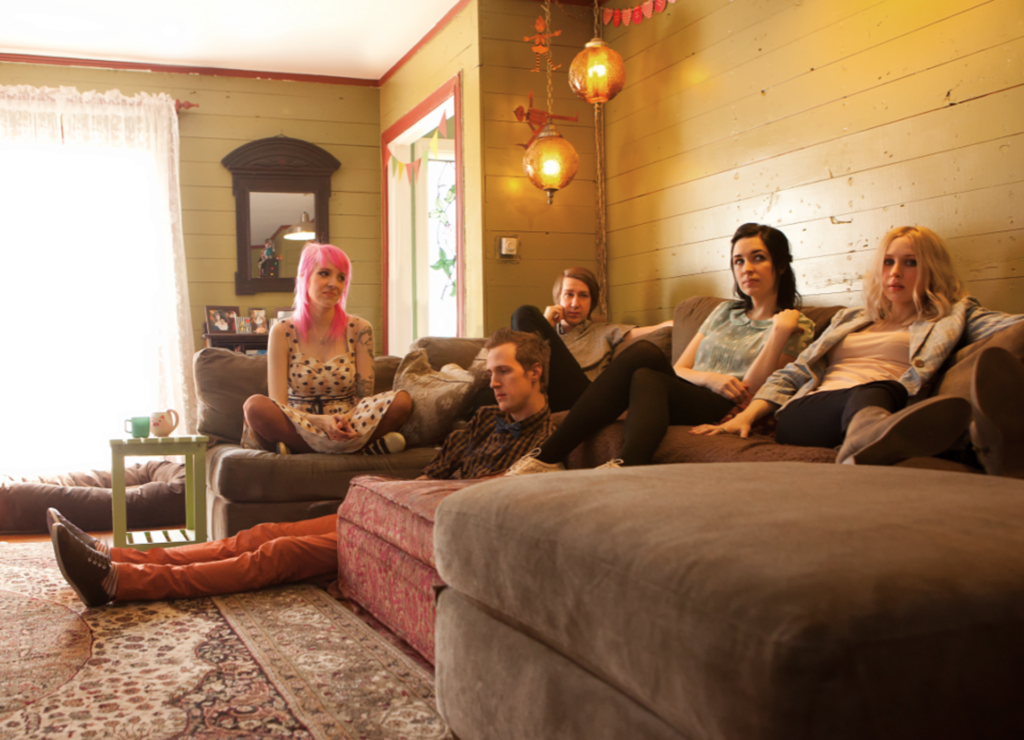 Eisley killed it the minute the group wandered onstage. The DuPree family band, composed of three sisters, a brother and a cousin, could impress even the most hardened of listeners – and they did last night, myself included.

The Tyler, Texas, group harnessed a high level of well-organized professionalism throughout its 19-song set. The songs from the band’s latest release, Currents, reinforced a watery theme. Eisley’s ambience wasn’t too far from that of a twisted spinoff of the 1956 film the She Creature, though enchanting piano chords and vocals from sister Stacy King lightened the spooky beats consistent in many of Eisley’s newest tunes.

Minor chords combined with angelic harmonies within each of Eisley’s albums have loosely followed a path from winsome, pop-rock dreariness to a more experimental-based flow since inception in the late 1990s. The past three studio albums have encompassed general, dreamlike stances of moodiness, entwined with a sisterly trio that evokes Stevie Nicks’ vocal charm. On Currents, Eisley’s lyrical pattern has matured from folk-based pop-rock to a more experimental and conceptual voyage.

The opening song, “Currents,” was entrancing. Its pulsing riffs combined with brooding lyrics interchangeably sung by the sisters were enough to capture the attention of everyone in the room. There was cousin Garron on bass, who played his longhaired heart out. Stacy and Sherri shared soprano harmonies in songs like “Wicked Child,” along with the occasional alto lead-ins from Chauntelle.

Eisley’s music first took roots when the siblings (and cousin) were just kids, singing church hyms, and the entire family has kept close to that pedigree (even if the subject matter has shifted). DuPree dad is a band manager, mom is a singer, and all three sisters sport musician husbands. Even the opener from this tour is a relative. Youngest sister, Christy, and brother, Collin, of Merriment opened with an acoustic set – though Christy was soon to point out that the full band wasn’t present because the tour bus was full of third-generation DuPree babies. Thankfully, any domestic drama stayed on the backburner while melodious chemistry crystallized within familial bonds.

The fact that there wasn’t any evidence of family awkwardness was very refreshing. The beauty of Eisley and its work within Currents – along with the set Monday night – is that though it may possess more experiential undercurrents than it did within its original sound, the newness has concise direction and drive. The album, like Monday night’s set, was firmly grounded while somehow completely buoyed in serenity. It was enough to convince this first-timer that I’ll be queuing up for Eisley’s next area concert.

Leftovers: Though I will admit Eisley isn’t my cup of tea anymore (I had my spell of high school woes), the band blew me away at its ability to interact with the crowd, which seemed enamored throughout the set. It was inspiring to see the sisters’ emotive responses to one another and the humbleness that encompasses who they are as a band.