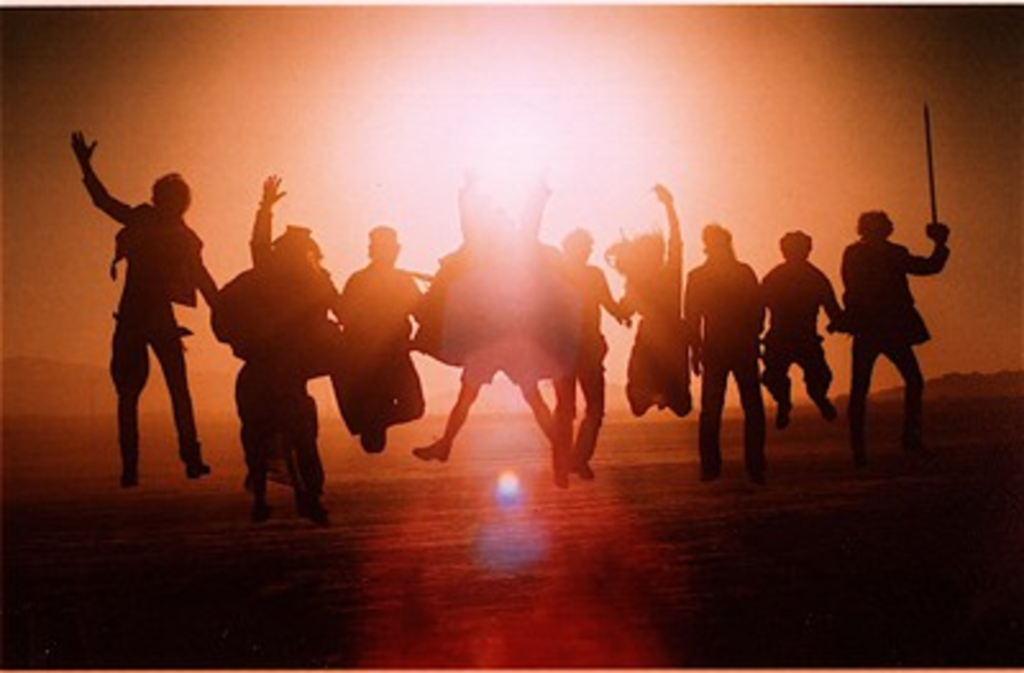 If you don’t stay sharp, you might miss the best show of the year, namely, Tuesday’s shindig in Lawrence with Edward Sharpe & the Magnetic Zeros. One listen to the group’s new disc, Up From Below, and you’ll be awash in good feelings. With a warm, analog-tape sound that speaks to a strong Mamas and Papas influence and positive vibrations straight off a utopian hippie farm, the group is mining territory similar to such groups as Dr. Dog and Plants & Animals, with equally spectacular results. Frontman Alex Ebert spent the previous decade with the electro-rock party band Ima Robot, but he’s been reborn as the bandleader of a 10-strong folk-rock orchestra. Remember when Arcade Fire played the Jackpot? This might be better.