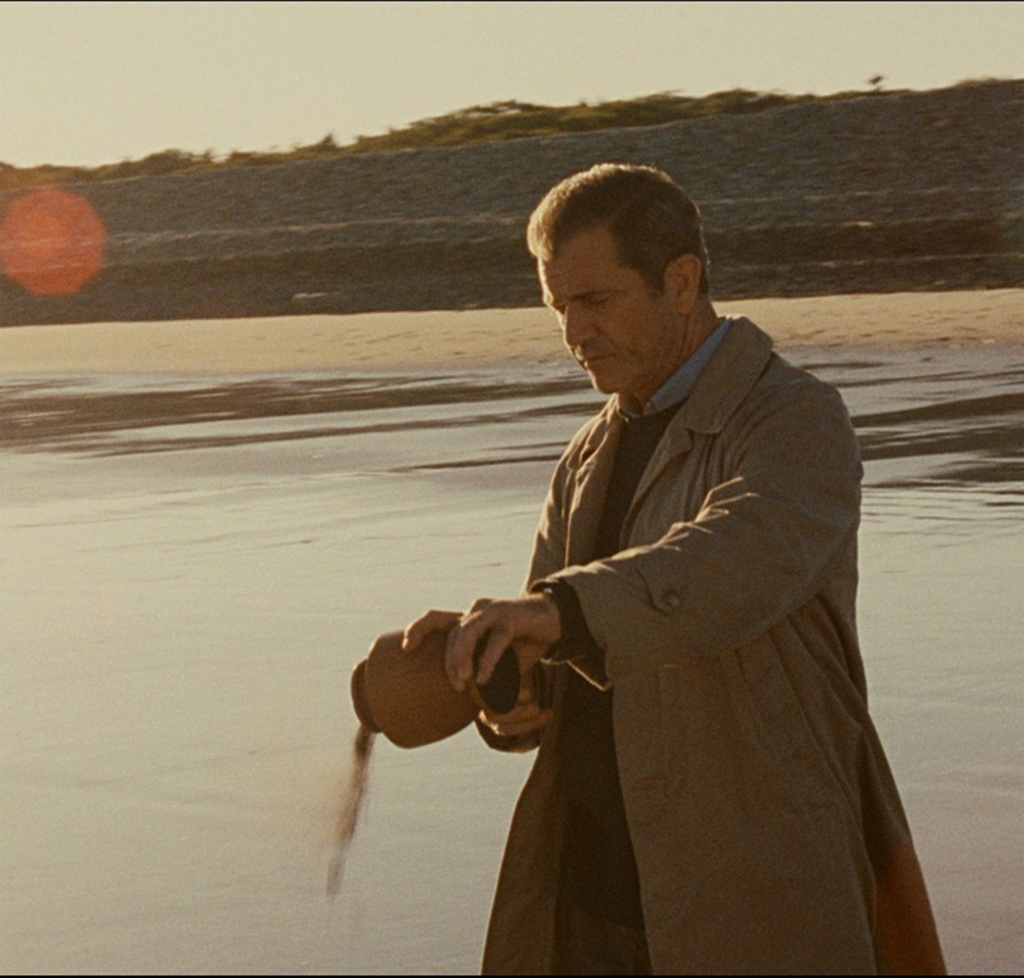 In the trailer for Edge of Darkness, the question is posed in flat-voweled Bostonian: “Did you shoot my daughtah?” And Mel Gibson, much-bereaved and much-vengeful, from Hamlet to Ransom to Revolutionary America, sets out to settle another score.

Gibson is Thomas Craven: veteran, homicide detective, lonesome widower. His daughter, a postgrad intern at a research-and-development firm in the Berkshires, is visiting home when somebody fires a gun in front of the house. Craven, left lonelier, wants to find out who did it. As in the film’s predecessor — a Yorkshire-set 1985 BBC serial, with Bob Peck as Craven — the investigation of what’s supposedly an open-and-shut, botched payback killing by an old collar opens into something much bigger, revealing a sweaty commingling of private and public sectors.

What’s left is propulsive and streamlined, with Craven more single-mindedly focused on finding and damning the guilty. When Peck questioned his daughter’s boyfriend, it was a psychological duel, the uncomfortably intimate father-daughter relationship a jealous undercurrent. When Gibson makes the same visit, it’s for a knife fight (his paternal love now purged of anything unseemly). This change in character may not have been intended — there have been rumors of reshoots to punch up the action at the studio’s behest — but this Edge is a vigilante movie. Which isn’t to say it’s simply a downgrade from Anglo sophistication to Hollywood slam-bang. Given the film’s focus on bereavement — it is literally haunted by the dead — bodies drop with actual weight here. And the culmination is the rare shootout that can truly be called cathartic.

Kennedy Martin’s Darkness unfolded in the shadows of Cold War espionage and the arms race of the Reagan-Thatcher era. The 2010 incarnation is still political: Danny Huston’s man-behind-the-curtain CEO disguises his rogue dealings in “jihadist dirty bombs” as experiments in clean, green energy. He has pictures of himself shaking hands with Bush II and Nancy Pelosi, and, in what would’ve seemed a sci-fi touch a year ago, one of the implicated parties signing off on his private “security fiefdom” is a Republican senator from Massachusetts.

Some of the off-the-record, corridors-of-power stuff is well-done (Huston’s doublespeak meetings with Denis O’Hare’s consultant, backroom rewrites of reality), but the scenes feel haphazardly placed, not quite of the same movie as the Gibson revenge flick.

Ray Winstone’s Jedburgh, a government troubleshooter with ambiguous loyalties who consults on and monitors Craven’s investigation, never quite integrates either. The 1985 Jedburgh was a CIA good ol’ boy in London — the trans-Atlantic role-reversal doesn’t quite work; most Americans in 2010 don’t fear the crown in the way the average Briton of ’85 was concerned about American influence. At times, it seems as if Jedburgh’s sole mission is to deliver the script’s more portentous lines: “We live awhile, and then we die sooner than we planned.”

Gibson has been absent from the American screen since 2004. He squandered his industry clout with risks both planned (The Passion of the Christ) and, assumedly, not (the passion for conspiracy theory). One wonders — certainly Warner Bros. suits will — if offscreen events have made it impossible for audiences to swallow him as a character. Yet Gibson still knows what he does best, as a star should, and creates tension just from never letting the tears poised in his eyes fall. Onscreen much of the time, thicker and more creased than you remember, he can make this rather unshapely movie seem taut.