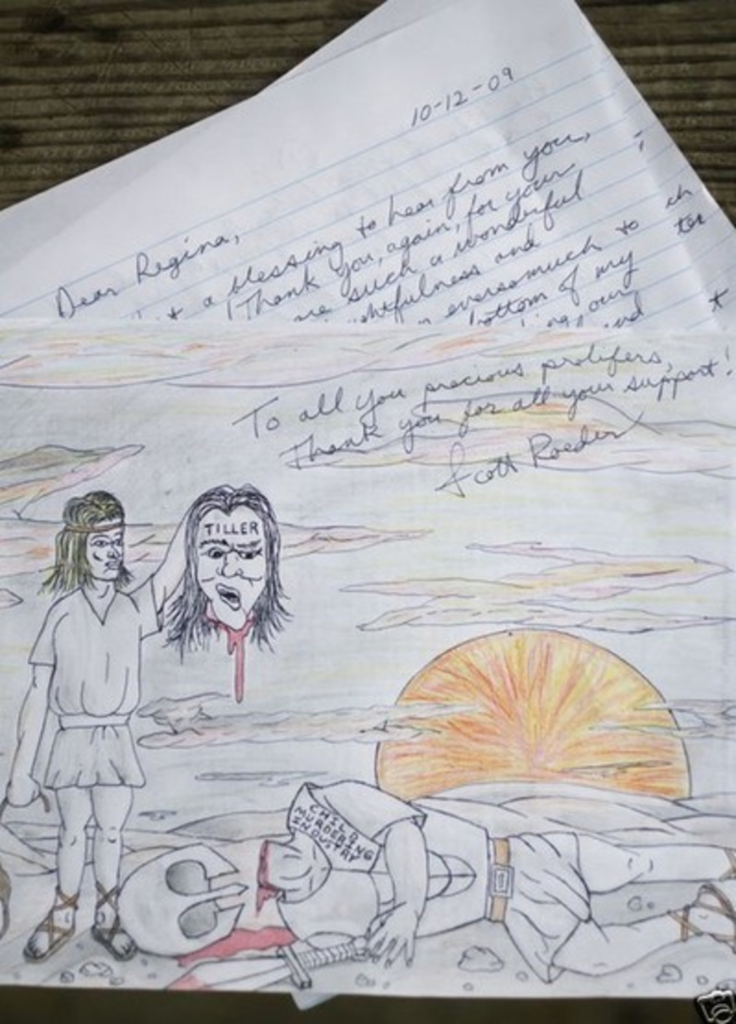 It didn’t take long for eBay to pull the last two auctions aimed at raising money for the legal defense of Scott Roeder, the man accused of killing Wichita abortion provider George Tiller.

But two auctions — one for a “prolife Bible” that belonged to Shelley Shannon, a convicted clinic arsonist who shot and wounded Tiller in 1993, and a Catechism from anti-abortion activist Michael Bray and signed by members of the militant anti-abortion group the Army of God — lasted into late Monday afternoon before eBay pulled them.