Eat This Now: Georgian soup dumplings at the Antler Room 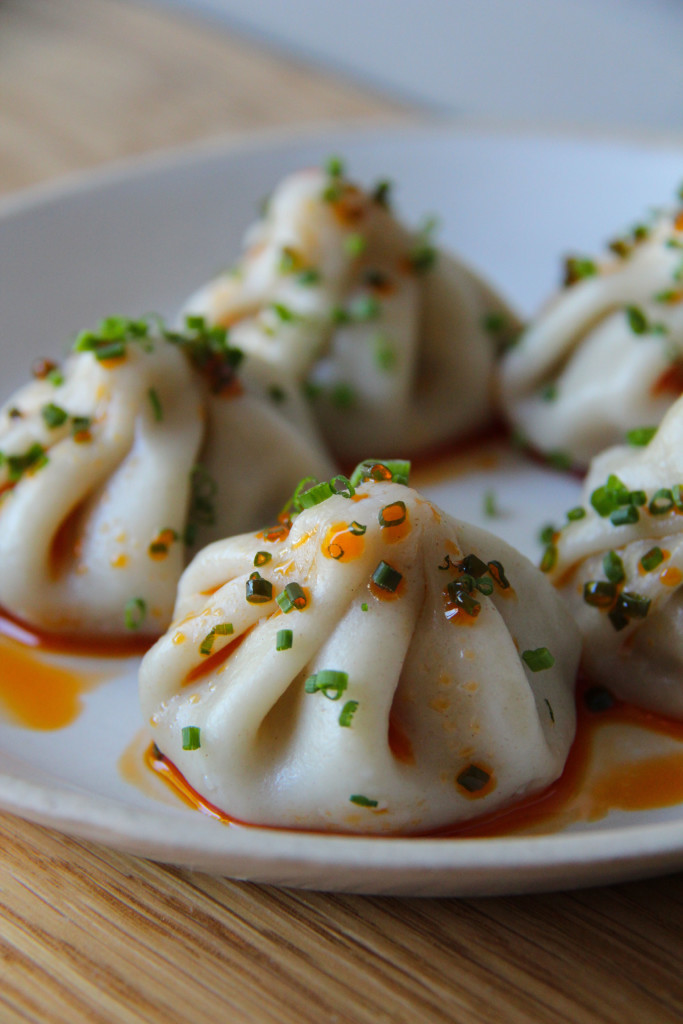 Since the Antler Room debuted three years ago, Georgian flavors—we’re talking here about the European republic, not the American state—have repeatedly crept onto the menu. Georgian cooking utilizes a lot of spices (the country is located at the end of the ancient silk road) and is rich in beef, pork, cheese, wine, and fresh herbs. Chef Nick Goellner, who grew up on this cuisine, says it’s his favorite style in the world, and he’s not alone: Earlier this year, The New Yorker called Georgian cooking “the next big thing” in food, and an influential hospitality trend forecaster declared Georgian food the “Cuisine of the Year.” This fall’s Antler Room menu features Georgian khinkali, or soup dumplings, and they are not to be missed. Developed by sous chef Kyle Sears, the dumplings contain an intensely flavorful meatball made with pork and beef, fenugreek, onion, garlic, and fermented fresno chiles. They’re plated with fresh chives and a spicy, house-made chili oil. Once they arrive at the table, customers are instructed to grab the dumplings by the top knot, bite a hole into the dumpling to slurp out the soup, then eat the rest. If this is the direction food culture is headed, we are 100 percent onboard.