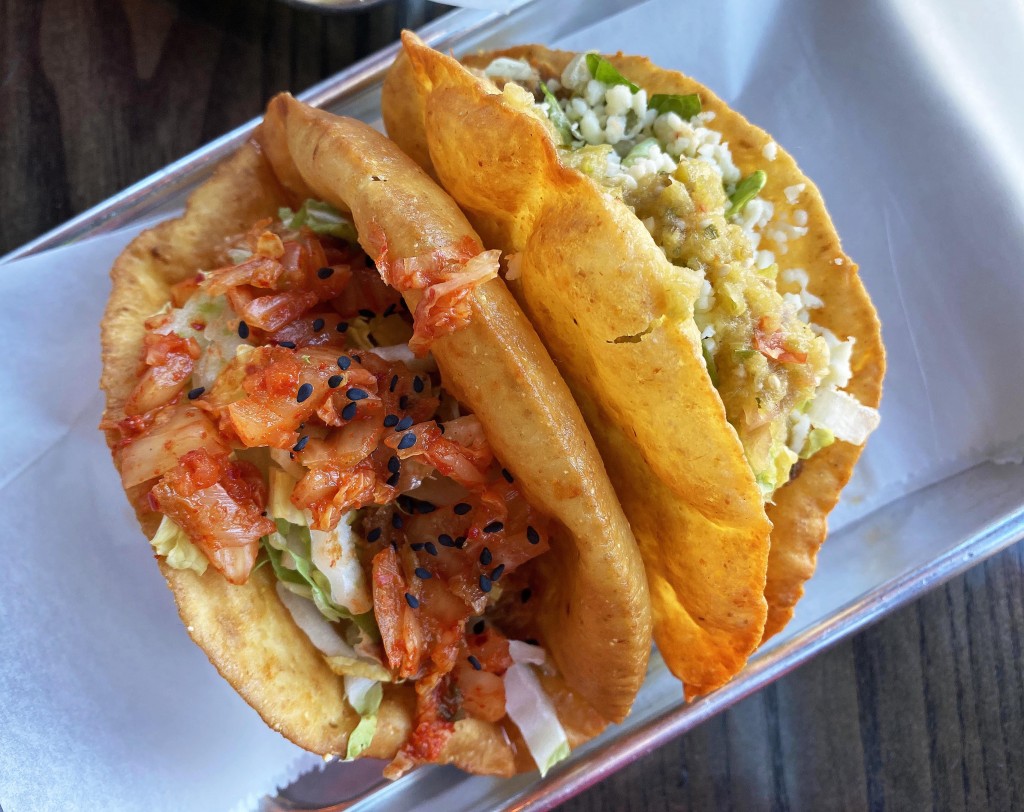 Though the $6 Pueblo Viejo margaritas alone make a stop at Lawrence’s Ta Co. a worthwhile venture, what we keep thinking about are chef/owner Jay Draskovitch’s puffy tacos. A puffy taco, if you haven’t tried one, begins with a deep-fried disc of masa that “puffs” as it is fried, resulting in a taco shell with an extra-satisfying crunch (it’s the same idea as fry bread but with thinner dough and a much crispier result). What Draskovitch fills his tacos with then makes them exceptional. You can opt for a short rib taco, which comes topped with a bright chimichurri, queso fresco, and pine nuts; or maybe the duck confit, which comes with a tangy red onion marmalade slaw, habanero creme, and goat cheese. Our top choice is the Korean chicken: shredded chicken is topped with kimchi “slaw”, a soy-ginger vinaigrette, and sesame seeds, all wrapped in that super crunchy shell. It’s juicy, savory, tangy, and again, crunchy, and there’s nothing quite like it anywhere else.