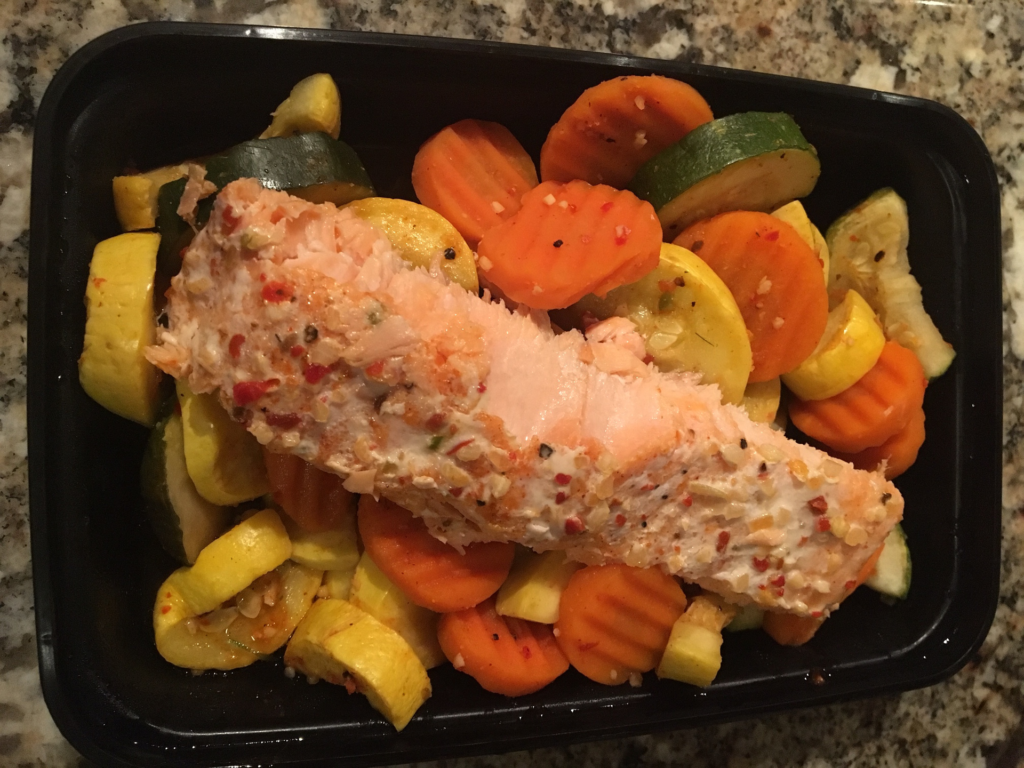 On a Sunday evening, a small crowd of people in workout clothes filled the small shopping and dining area of Eat Fit Go in Prairie Village, examining the glowing refrigerators, with their stacks of neatly packaged, premade meals. One woman, a yoga mat tucked under her arm, considered the merits of citrus salmon versus “smart” chicken before settling on some breakfast tacos. Her decision made, she muttered a polite “excuse me” as she slid past me toward the register.

Since opening in Kansas City late last year, the Omaha-based grab-and-go health-food store has popped up in two more locations, with another couple on the way. The target demographic: calorie-conscious folks who want to eat healthy but lack time to cook. Ostensibly, microwaveable meals that are more “grocery-store café” than Lean Cuisine sound like a great idea.

But it’s not for everyone.

“I think I’m just going to get Chipotle,” my husband said, who had picked up and then quickly returned to its spot a fajita chicken bowl. He had determined that it would not be enough food to satisfy his massive caloric requirements.

“I think it looks good,” I said, recalling the recent Sunday evening I’d spent assembling five salads in Mason jars, only to end up with soggy kale and dry chicken by Wednesday. “It’s convenient, at least.”

The store’s brightly illuminated, green-and-white interior seemed designed to distract us from the fact that, in a mere 12 hours, most of us would be back at the office, groggily tapping at keys behind a desk. I felt temporarily suspended in a Pinterest post: Eat Fit Go means to provide a mental vacation from the annoying reality of meal prep, especially for self-identifying “work hard, play hard” types. (Two of the chain’s locations are a few doors down from Power Life Yoga outposts.)

With a large enough budget, you could feasibly stock up on breakfast, lunch, dinner, and snacks for the week here, requiring nothing more than a microwave and 10 minutes to prepare and devour the kind of food you would have made yourself if you hadn’t spent your entire weekend insisting you were “too busy” while languishing on the couch watching Netflix with your cats. (Maybe that’s just me.) The nutritional information is prominently displayed on each label, outlining the exact portions you never get quite right on your own.

It bears mentioning that even a demonstrably unskilled cook such as I could, with a little time and instruction, probably prepare most of the dishes stocked in the Eat Fit Go fridges. They’re pretty straightforward: chicken and broccoli over rice, for instance, or steak and potatoes and green beans. Simplicity isn’t necessarily a bad thing — these meals appeal to a variety of tastes, leaving you free to dress them up or season them as you like. But at $7 to $12 per package, being a “work hard, play hard, eat smart” type every day would be prohibitively expensive.

Eat Fit Go is a legit choice for a quick, healthy meal if you’re in a hurry, though. I decided to snag the appealingly named Look Good Naked Salmon, as well as Tiffany’s Good Morning Sunshine for breakfast the next morning. Layered atop an assortment of yellow squash, zucchini and carrots, the reheated salmon was fresh and tasty, if a bit bland. At Eat Fit Go, I’d noticed a variety of hot sauces lined up near the in-store microwaves, and once I got home and tasted my salmon I understood why — it needed a little boost in the flavor department. I doused mine with salsa verde before happily finishing it off. 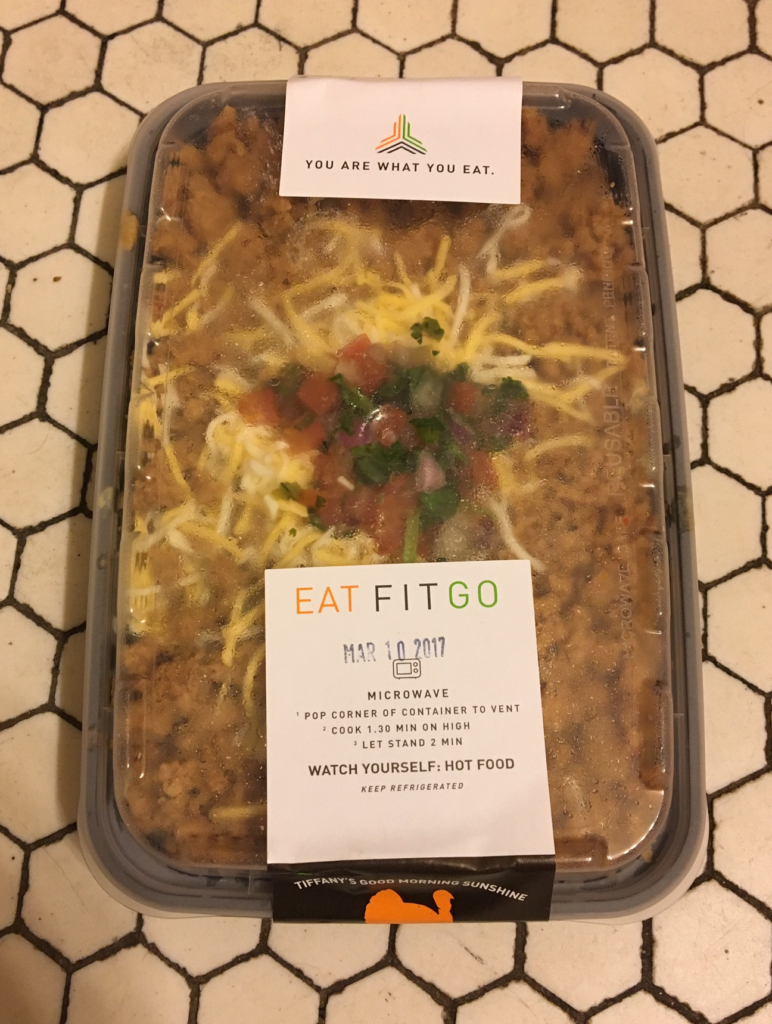 The next morning, I nuked the breakfast dish, a three-layer concoction containing rice, scrambled egg whites, ground turkey and a smattering of cheddar cheese and pico de gallo. Again, I needed to break out the salsa verde, but it proved a satisfyingly straightforward breakfast. I’ll probably pop back in sometime when I’m harried and hungry, but for those reasons only — I’m not expecting to be blown away.

And that’s fine. Sometimes you just need to shove some food in your face, and at such moments you’re better off with salmon and veggies than with a burger and fries.