Earthquakes in Kansas? The Sunflower State has a case of the shakes 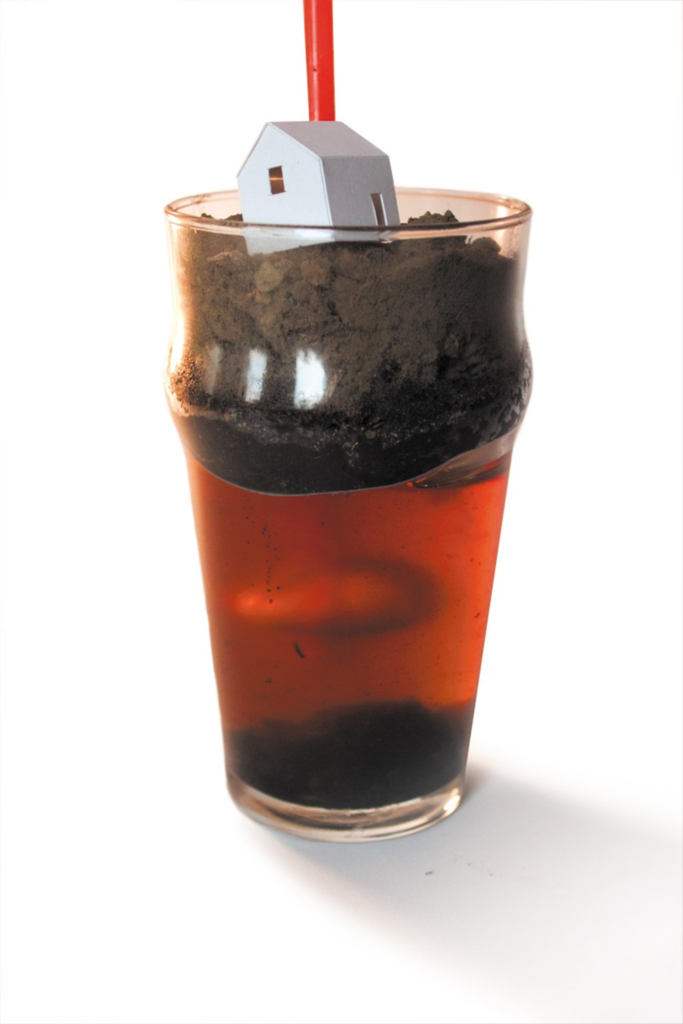 Midwesterners are being reminded almost weekly now that earthquakes aren’t just for Californians.

Just last weekend, two earthquakes were recorded within hours of each other in south-central Kansas with magnitudes of 3 and greater.

Scientists are scrambling to figure out what is causing thousands of minor temblors in Kansas, Oklahoma and Texas, with fingers pointed at oil and gas extractors, who argue that the quakes aren’t man-made.

This year, Oklahoma has surpassed California in the number of quakes of at least a 3 magnitude, the level at which shaking ground can be felt. In March, a temblor that hit 4.3 was felt as far away as Kansas City.

South-central Kansas has had its share, too. So far this year, Kansas’ two monitors have recorded more than 40 earthquakes. The state recorded 30 in all of last year.

While many of Kansas’ quakes are minor — not surpassing a magnitude of 3 — homes and properties are being damaged.

States, including Kansas, are suggesting that homeowners in areas prone to shaking ground consider buying earthquake insurance. It’s an idea that in the not-too-distant past would have caused many flat-state residents to snort derisively.

“We are talking about insurance a lot more than we had,” says Kansas Insurance Department spokesman Bob Hanson. “It may be something people would want to consider.”

Hanson says earthquake coverage is optional, and you can get it cheap in the Midwest. One insurance company in Kansas that The Pitch called charges $25 a year. In California, the premium can be $500 or more.

In Oklahoma, where 263 earthquakes above a magnitude of 3 have occurred this year, state insurance officials are heavily pushing earthquake insurance.

“We have had pretty significant damage [in a couple of earthquakes],” says Oklahoma Insurance Department spokeswoman Kelly Collins. Chimneys have fallen. Foundations have cracked. And at St. Gregory’s University, the state’s only Catholic college, architectural turrets have collapsed.

A 5.6-magnitude earthquake in 2011 led to more Oklahoma homeowners buying insurance. Collins says the top five insurance companies reported that 3 percent of homeowners had earthquake insurance at the beginning of 2011. Now, 15 percent do.

In Wellington, south of Wichita, Cody Sims, director of economic development for the city, says he is not “a bit interested in buying earthquake insurance.”

“I think it is way too premature to jump to any conclusions until researchers do more studies,” he says.

But Sims says he knows people who are buying earthquake insurance.

“I know several people who have,” he says.

Sims compares the earthquakes with trains.

“We have 85 to 90 trains a day pass by here, so the ground rumbles a lot,” Sims says.
[page]
Many of the earthquakes in Kansas, Oklahoma and Texas differ from California quakes because they occur closer to the surface of the earth and not near the deep, huge tectonic plates that form the Earth’s crust.

Several studies link the Midwestern quakes to processes used to extract oil and gas. When oil is extracted from the ground, water is brought up, too, sometimes eight times as much water as oil. The wastewater is disposed of by injecting it into man-made wells that are drilled about a mile deep.

Studies show that earthquakes are occurring in close proximity to the wells, sometimes within 560 yards.

Another method of extracting natural gases is hydraulic fracturing, which injects water mixed with sand and chemicals into a well with great pressure, creating small fractures in rock formations as the material rolls downward. The cracks allow the natural gas to migrate into the well.

The various processes used to extract oil and gases are being called “fracking,” and the earthquakes are known by some as “frackquakes.”

To find out how serious these earthquakes are, the government is investigating.

Some Texas cities are thinking about banning fracking permits. In Denton, Texas, which sits on top of a natural-gas reserve, a citizen-led petition with 1,900 signatures forced the City Council there to vote on a potential ban.

After eight hours of testimony, the council voted 5-2 in opposition of the ban.

In Kansas, Gov. Sam Brownback appointed a committee in February to study the issue and examine whether fracking was causing the earthquakes.

Rex Buchanan, Kansas Geological Survey director who serves on the committee, says a public hearing was held recently to review the draft report. The report, which was scheduled for release in early summer, should be completed in a few weeks, Buchanan says.

At 5:40 a.m. July 17, a 3.6-magnitude earthquake was recorded in the Caldwell area, south of Wichita near the Oklahoma border.

Shawna Newton, who lives in Bluff City near Caldwell, told Wichita’s KWCH Channel 12 that a 2-inch-wide crack in her ceiling had widened to 3 feet.

Caldwell officials declined to discuss the earthquake. Caldwell City Clerk Kristin Hutsler says city policy prohibits city employees from talking to the media, even if there is an earthquake.

“I don’t want to risk breaking the policy,” she told The Pitch.

At the Caldwell Chamber of Commerce, Courtney Rohrbaugh says few people, including herself, were talking about last week’s earthquake.

“I’m usually the last to know when something happens,” Rohrbaugh says.

But others were talking about it.

At the Red Robin restaurant, Jessica Weir, a food server, says she and other workers learned about the earthquake from a truck driver earlier that morning.

“It seems every couple days, we are having one,” Weir says.

Weir says the earthquakes are unsettling, but strange weather phenomena are occurring around the globe.

“There is weird stuff happening all over that shouldn’t be happening,” she says. “For earthquakes happening here, how weird really is it?”