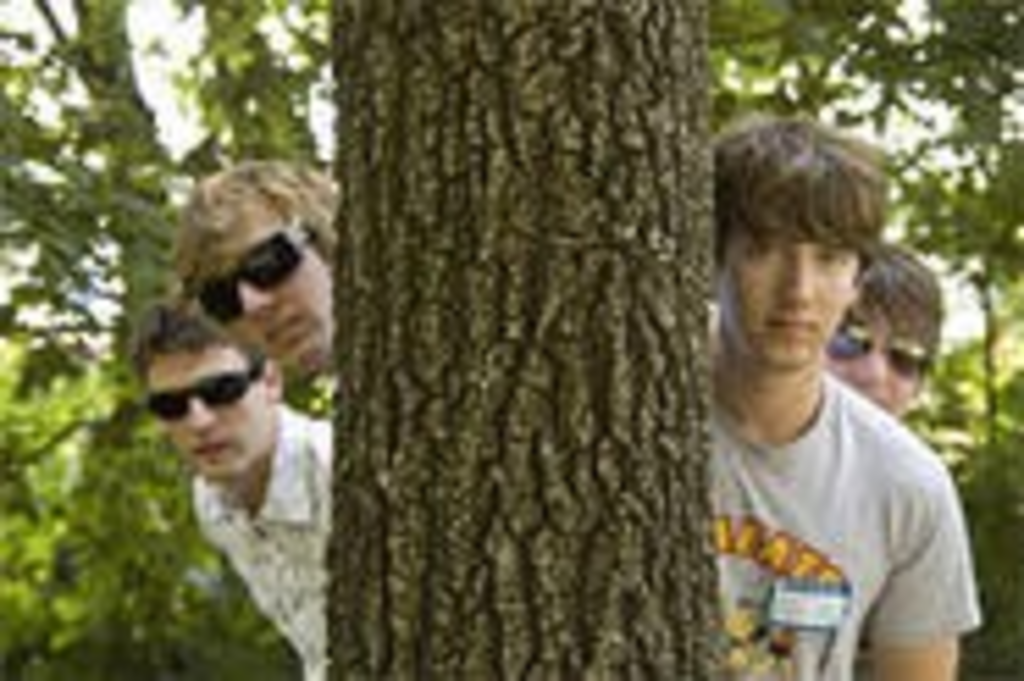 Wait a minute, Mr. Postman. The ACB‘s don’t want to hear from you today.

“We’re at an age when you’ve got 80 save-the-date postcards on your refrigerator,” says 25-year-old bassist Bryan McGuire.

“We’ve had a couple friends who basically stopped living, and they’re just trying to succeed in their careers and do everything that their parents did,” adds guitarist and singer-songwriter Konnor Ervin, a landscaper by day. “It’s tempting to just fall in line, but a lot of pressure was released from me when I decided that I wasn’t going to let that dictate my life.”

Commitment to music has been a long time coming for Ervin and McGuire, old high school chums whose former band, Dr. Woo, recorded only three songs in its five-year existence. That Columbia, Missouri, group disbanded shortly after its members finished college and moved back to Kansas City.

“We’d headline the Blue Note and bring in, like, 400 people, but it was because it was a party,” Ervin says. “I wasn’t really achieving any of my goals as a songwriter. I didn’t feel like people even knew our songs.”

With their quarter-life crossroads upon them, McGuire and Ervin re-formed as the ACB’s with drummer Corey Egan and guitarist Matt Saladino. The group promptly headed to Underdog Studios in De Soto, Kansas, to track a 13-song record that sounds every bit the part of a veteran ensemble.

The self-titled debut arrived last December, introducing Kansas City audiences to the band’s textbook power-pop, which is informed by the big hooks of the Posies and the taut single-note riffs of the Cars.

“We listen to a lot of Michael McDonald and Michael Jackson, too, so that kind of creeps in there,” Ervin says with a perfectly straight face. “This album is really early-Beatles-influenced … ‘Twist and Shout’ is seen as this totally cheesy teenybopper song, but I think it’s a real powerful song. That’s kind of what I was going for.”

There’s definitely a cheese factor in hooky tracks such as “Suzanne,” but that’s precisely what makes the band’s songs so much fun. Same goes for the lyrics, which mostly revolve around girls and recreational drug use.

“Those are two things that were really impacting my life at the time,” Ervin says, clarifying that he has since cut back on the latter.

The ACB’s hit the Brick Saturday. Save the date.