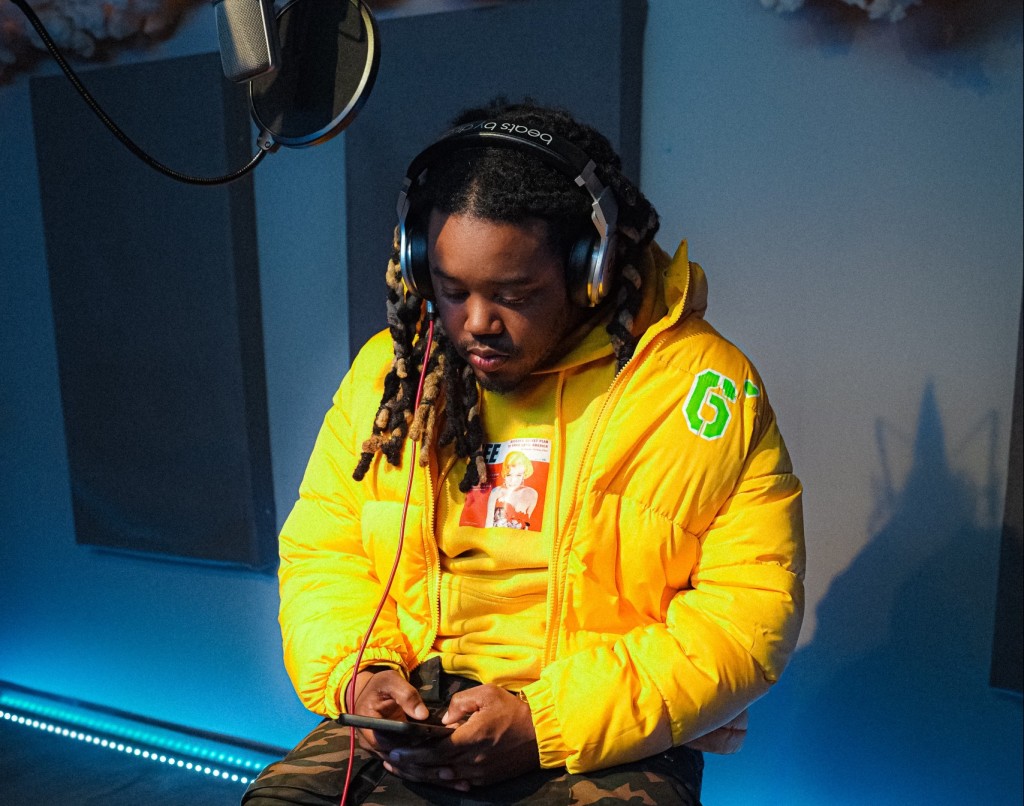 Kansas City’s music scene has grown to be an admired staple within the industry. The 29-year-old hip-hop artist DeAndre Walker, aka DWalk, made great contributions to local hip-hop by creating his viral anthem “Freak Block Tales.”

With his latest mixtape release, The Biggest 6, DWalk touched new territories, sold out shows, collaborated with established hip-hop producers such as Club Godzilla, and grew a loyal fanbase across the nation. He recently partnered with Quality Control Music to help grow his management team.

“I finished the mixtape in the span of two years,” says DWalk. “I didn’t necessarily plan on it taking that long, but I just hadn’t put out a big body of work in a while. I was locked in the studio putting different songs together.”

The emcee didn’t anticipate the release of “Freak Block Tales” to gain the interest of the general public.

“I still don’t understand, but I’m glad my song did what it did,” says DWalk. “I’d been doing music for four years before the release, and I made ‘Freak Block Tales’ in the studio, just having fun. I didn’t expect that song to blow.”

Experimenting with his signature sound, the growing hip-hop star explained that he drew inspiration from his mother being a dedicated fan of diversified music. At a young age, DWalk would pick up on lyrics, sound, and feeling for his evolving distinctive style.

DWalk’s desire to start music was also an aspiration from his family’s passion for recording in the studio. He expressed his interest developed years ago when his uncle started a South Kansas City-based rap group in the late 90s.

“My uncle passed away in the early 2000s, so I do this in remembrance of him. I was so young,” says Walker. “He died so early in my life, like damn, I felt he would have been a big star. This was a calling from God to start making music to continue his legacy.”

Initially practicing wordplay in the studio with his older cousins, DWalk grew his sound and his audience, obtaining over a quarter million streams.

Although local fans became receptive to DWalk’s music over time, he recalls Kansas City being tough to budge.

“Kansas City can be very divided,” says the rapper. “We are selective on who can claim Kansas City. We make Kansas City smaller than it should be by not claiming cities outside the inner city. In Los Angeles, they don’t do that. There is a form of gatekeeping here, and I’m just thankful to be the voice to step up for the culture.”

The ongoing conversation of receptiveness in Kansas City continues, and local creatives are breaking those barriers to broadcast regional talent. DWalk reveals his gratitude for having Kansas City on his side and wants to make his city proud.

DWalk will be sharing upcoming projects and collaborations for this year on his Instagram and Twitter, so make sure to tune in. You can also find his most recent releases on his YouTube.