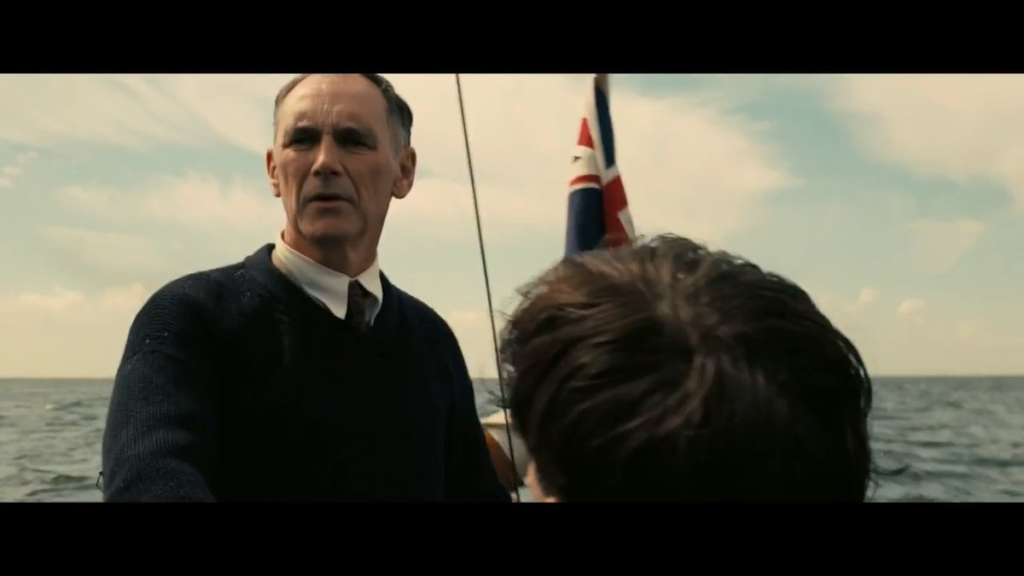 You needn’t be an expert in history or military strategy to understand right away that the Allied soldiers in Christopher Nolan’s gripping new war drama, Dunkirk, are in enormous peril. Set mostly on a beach in France at the outset of World War II, Nolan’s tightly wound epic is unbearably tense, a suspense film like no other because it is also an uncommonly matter-of-fact war picture. Devoid of gory shock and macho heroics (in contrast to last year’s laughably histrionic and pandering Hacksaw Ridge) and stripped of overbearing exposition, it’s a movie of broad scope that also feels deeply personal. It is a triumph.

The heroism on display here is quiet, informed by no shortage of that trademark British calm — and punctuated by acts of desperation and weakness, sometimes in response to inescapable bad luck. On top of its other genre duties, then, Dunkirk is a survival story, one that has more in common with the impressionistic first-person terror of the outer space–set Gravity than it does with the studio system–evoking bloat of Saving Private Ryan.

The journeys of the 20 or so men Dunkirk follows during its taut 100 minutes are depicted in a fashion as jagged as the concrete fortifications on the beach where more than 330,000 soldiers (British mostly, with some French, Belgian and Canadian forces) are trapped. Nolan’s script is efficient in its characterizations — everyone we see is under similarly extreme duress, but we have no trouble remembering who’s who — yet it’s also ingeniously structured to emphasize how multiple soldiers endure different variations of the same pressure, the same conflict. At first, the narrative seems straightforward to the point of oversimplification, but the film slowly reveals that its three tales — unfolding over water, air and land — share multiple points of overlap. The dividends of this kind of storytelling are rich indeed.

There is, for instance, the English private named Tommy (Fionn Whitehead), who encounters other desperate young men (Aneurin Barnard and Harry Styles) and runs with them from one disaster to the next, narrowly escaping gunfire, dive bombers and drowning. Nolan subverts the typical screenplay form here, setting his characters back just when it looks like forward progress is possible, and somehow driving home an unsettling feeling of claustrophobia from something more agoraphobic: troops who are utterly exposed in the open, vulnerable to easy attack. 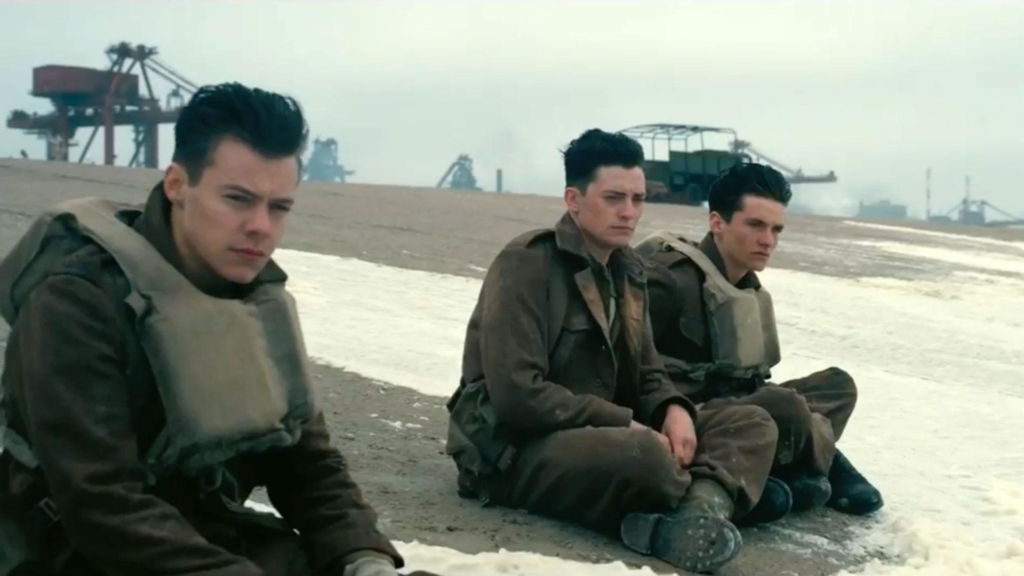 The visual storytelling is no less acute. Nolan and cinematographer Hoyte van Hoytema, shooting with 65mm, large-format IMAX cameras — and making the first movie ever to utilize these behemoths in a hand-held environment — deserve enormous kudos. I can only imagine what Dunkirk looks and sounds like on a huge digital IMAX screen, or projected in the detail-rich 70mm film format (as it will be at one theater in the KC area — AMC Town Center 20). The press screening I saw was projected digitally and cropped in a standard widescreen format. IMAX showings will expand the screen on the top and the bottom for about 75 percent of the film, and Hans Zimmer’s constantly rising score (where is it going and when will it get there?!?) will rattle you harder at IMAX’s top volume.

All of those technical facets enhance Dunkirk, yes, but let me be clear about the most exciting of Nolan’s visual achievements: The director is at the top of his form here, employing a technical mastery that transcends easy fireworks. There’s no hollow, dark palette here, no look-at-me slo-mo, no Zack Snyder disorientation. Rather, Nolan’s array of unique POV shots and his peerless command of scale relay the terrifying subjective experiences of Dunkirk‘s characters in a hauntingly visceral way.

There is even some beauty amid all the tension in Dunkirk, some hope. Nolan brings full circle just enough of the stories here to tug at our heartstrings without playing us; the emotions are earned. Much of this is due to another quietly devastating performance by Mark Rylance, who won an Oscar for his understated acting two years ago in Bridge of Spies. Tom Hardy similarly does a lot with scant face time. We will remember their two characters — we will remember Dunkirk as a whole — for a very long time.