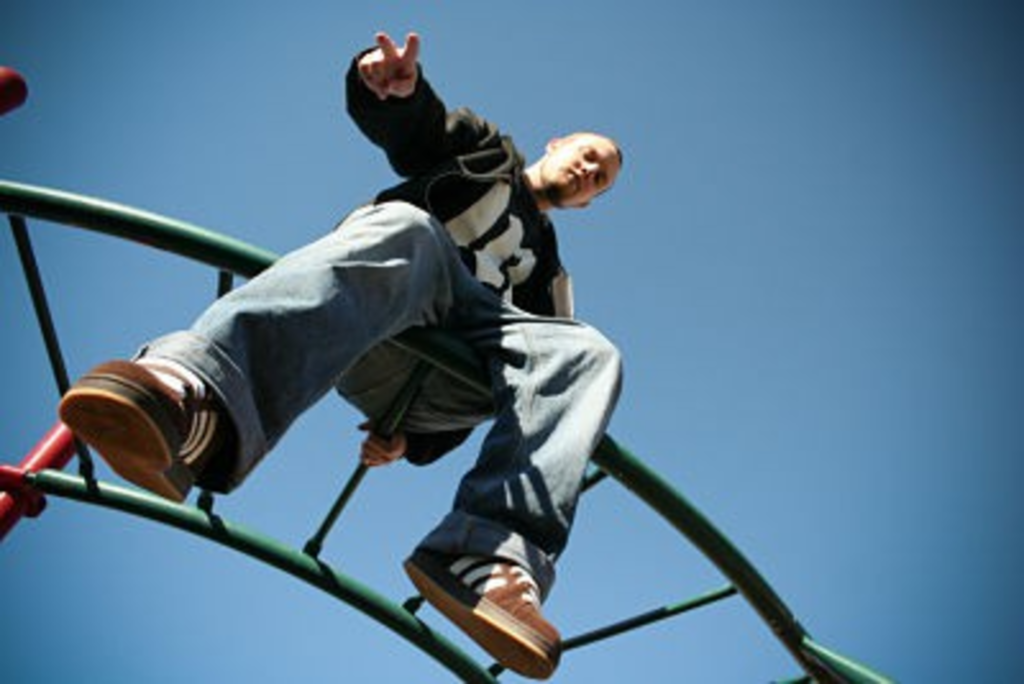 Leonard DStroy ain’t been lazin’ this summer. The local DJ who built his rep alongside Brother of Moses in Deep Thinkers and collaborates with just about everybody in the scene from his roost high up in the INnatesounds Crew barn has a slew of sounds for you to right-click on, starting with an unreleased DTs track. It’s from the Thinkers’ upcoming album, Make It Quake, scheduled for release this fall on Wilshire District Records.

That should get you nice ‘n warm for this juicy joint, off the brand new, DStroy-produced CES Cru full-length (their first official release in five years), Playground. This here’s the title track and features MCs Godemis and Ubiquitous in typically brisk and intelligent form, rapping over a Lenny beat that sounds one part Persian head shop, one part Zero 7 and nine parts Interstellar Beat Swami (which is DStroy’s unofficial new title). Note: CES plays its official release party this Friday at the Riot Room with guests Heltah Skeltah. (More on this later.)